'It seemed to me that if Haydn had lived to our day he would have retained his own style while at the same time absorbing something of the new. This was the kind of symphony I wanted to write.' ~ Sergei Prokofiev 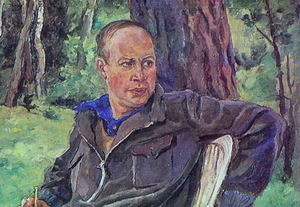 Sergei Prokofiev (1891-1953) was a virtuoso pianist and usually had his piano nearby when composing. But in the summer of 1917 at the country estate where he was staying there was no piano. So he apparently set himself the task of composing a simple work completely in his head. He called it 'Classical' and it soon became one of his best-loved works, alongside 'Peter and the Wolf'.

The clever four movement symphony is not so much a tribute to the classical composers such as Haydn and Mozart but an experiment, with some harmless harmonic and melodic mischief thrown in for good measure.