The Verlaines live at NZ Festival 2016

Nearly 35 years after the Flying Nun record label helped take the "Dunedin Sound" to the rest of the country and then the world, the 2016 New Zealand Festival brings two of its most well-known bands together for a one-off pair of concerts. 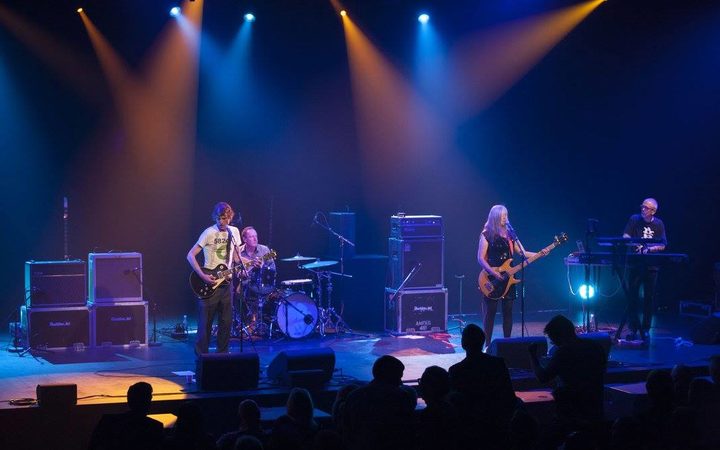 The Verlaines formed in Dunedin in 1981 and immediately made their mark with sophisticated songwriting and unique, uncompromisingly difficult torrents of harmony influenced by classical music.

Reuniting their 1986 line-up of Jane Dodd (bass), Robbie Yeats (drums) and co-founder Graeme Downes (vocals/ guitar), the band performs a special set of songs written by Downes between 1979 and 1986 for the albums Juvenilia, Hallelujah and Bird Dog.

Recorded by RNZ at Shed 6, Wellington