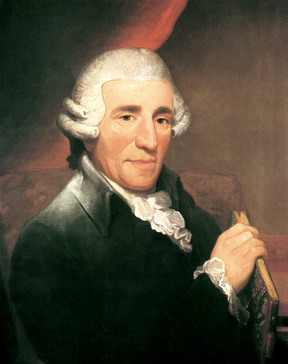 When Joseph Haydn (1732 – 1809) arrived in England for the first time in January 1791, he had with him his newly composed string quartets of Op 64. The impresario and violinist Johann Peter Salomon had brought Haydn to London, and he included these new quartets in his subscription concerts at the Hanover Square Rooms that year. For the first time Haydn had performances of his quartets in front of the general public, rather than in the intimate salons of the Viennese elite.

The effect on Haydn was profound. Larger audiences and performance spaces seemed to require bolder sonorities for chamber music. When Haydn returned to Vienna in 1792, he set about composing a new set of quartets in preparation for his next visit to London. These quartets, which became his Op 71, were among the first to be composed specifically for public performances in the large Hanover Square Rooms. As such, these works display significant innovations on previous quartets. Each begins with a striking call to attention, the first violin parts are highly virtuosic – reflecting Salomon’s technical brilliance – and the textures are almost orchestral in conception. In the case of the 'String Quartet in D Op 71 No 2', a dramatic chord spread across all the strings heralds a brief slow introduction that offers a strong contrast to the sprightly staccato main theme of the first movement.

Recorded in Hunter Council Chamber, Wellington in August 2016 by RNZ