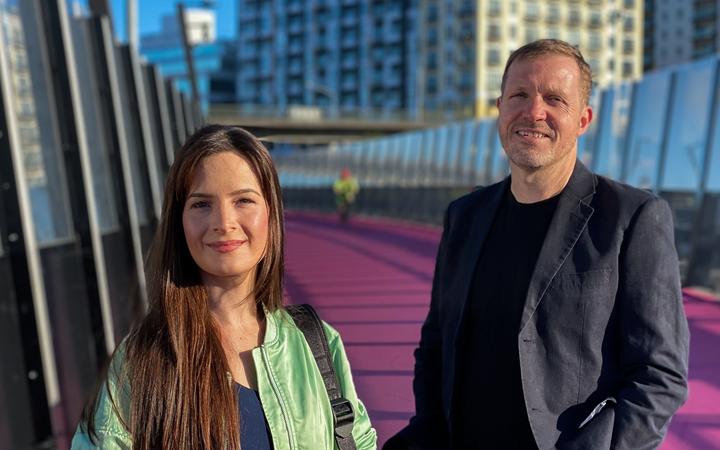 Stephen De Pledge (piano) and Amalia Hall (violin) managed to go on a national tour between lockdowns. This Chamber Music New Zealand concert at the Concert Chamber of the Auckland Town Hall was recorded just before restrictions were re-introduced.

The Beethoven Spring Sonata is light-hearted, optimistic, sunny. Music that lifts the spirits when the world is struggling with a pandemic.

Gao Ping's piece addresses the global situation with COVID. It’s written in honour of Chinese doctor and whistle-blower Wenliang Li, who was the first to raise concerns about Covid-19. Tragically, he caught the virus himself and died in hospital. Gao Ping wrote this piece as a direct response to the news of Doctor Li's passing.

George Gershwin originally wrote these fun preludes for piano. They were transcribed for violin and piano by Jascha Heifetz.

The Violin Sonata in E Flat was written when Mozart was in his early 20s. He was trying to find a job and was writing music as calling cards to wealthy people so that they might employ him. This two-movement sonata is the real essence of chamber music. It's not really written with an audience in mind, but very much for the enjoyment of the players.

Another work in two movements, but in contrast to the Mozart sonata, the Saint-Saëns sonata was written for the audience. It’s very grand and turbulent, and at times peaceful and charming. It’s a beautiful listen.

An arrangement of de Falla's song Nana, from his popular Spanish Song cycle.

Produced and engineered by Adrian Hollay.