A programme of French music headed by Debussy's dreamy Afternoon of a Faun. 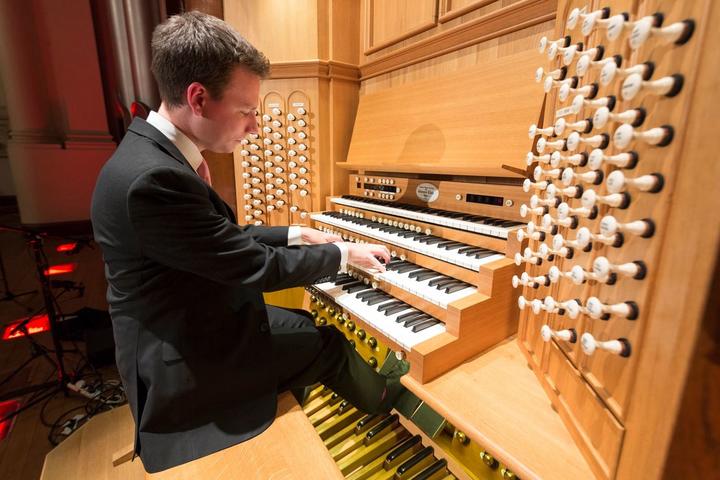 British organist Benjamin Sheen joined the Philharmonia as special guest for this programme of French music.

Sheen has made several appearances on the BBC and his pedigree includes being a chorister at St Paul’s Cathedral, London, organ scholar at Christ Church Cathedral, Oxford and a graduate of the Julliard School.

He currently serves as associate organist at St. Thomas Church, Fifth Avenue, in New York City and will take up the position of sub-organist at Christ Church Cathedral in Oxford in 2020.

The conductor was Bertrand de Billy. He is currently is principal guest conductor of the Orchestre de Chambre de Lausanne and the Dresdner Philharmonie.

The programme consisted of Debussy's Prélude à l`après-midi d'un faune, Poulenc's Organ Concerto and Franck's one and only Symphony.

But the concert began with a surprise: the APO's Principal Flute Melanie Lançon stood up to play Debussy's work for solo flute, Syrinx.