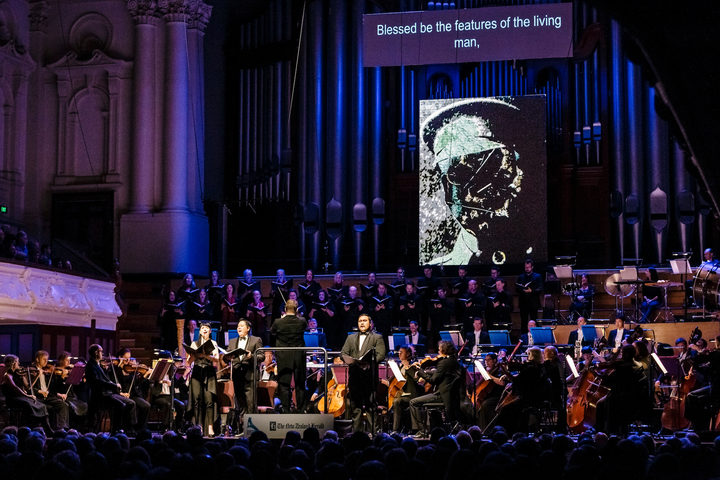 Edward Elgar's Variations on an Original Theme take the naming rights on this concert, but the centre-piece is the world premiere performance of Ross Harris's Face - a work for three vocal soloists, choir and orchestra. It's based on a libretto by Vincent O'Sullivan that deals with the trauma of facial injuries suffered by soldiers in World War I, and the pioneering work of Sir Harold Gillies, the New Zealander who became the father of plastic surgery.

In a programme of riches, the concert opens with New Zealanders' favourite classical work (if our regular "Settling the Score" programme is to be believed): The Lark Ascending by Vaughan Williams. Talented young violinist Yanghe Yu from the first violin section of the orchestra steps forward to play the solo.