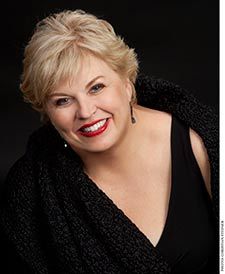 American soprano Christine Brewer first came to New Zealand in 2011, captivating Auckland audiences with Strauss’ Lieder. In a conversation on RNZ Concert’s Upbeat at the time, Brewer mused on the “lack of chuckles” in roles like Isolde, Alceste, Salome or Elektra. She’s back in the country to show her lighter side in tonight’s concert, with a selection of songs by Josef Marx.

The concert is a celebration of Vienna and its musical legacy. We’ll hear Viennese qualities in all four composers, who either studied or worked in the Austrian capital, from the love of vocal writing in Marx and Beethoven, to the emotional depths of Mahler.

The concert opens and closes with two of the most famous symphonies of all time – the joyful ‘Jupiter’ by Mozart and the wonderful Adagio of Mahler’s tenth, a testament to Mahler’s belief in man's unquenchable spirit. (Sources: APO, RNZ Concert’s Upbeat)

Recorded at the Auckland Town Hall by RNZ Concert