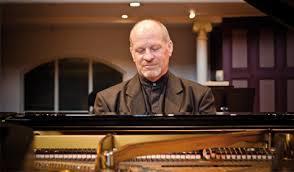 “It was Beethoven who woke me up to myself as a musician. The thing about Beethoven is that he somehow synthesises human psychological truths, with all of their subtlety and all of their range, into music.”   Michael Houstoun.

We are onto the final concert from the Beethoven reCYCLE series by Michael Houstoun. He says one of the remarkable things about this cycle is that Beethoven never repeats himself, not once.  “He could always work on several pieces at the same time and yet they could have unbelievably contrasting psychological, spiritual, emotional contents. The even more astonishing thing about these sonatas is that when he wrote most of them he was already deaf. So he wrote always beyond the instrument. This is the music in his ears. They are difficult, there is something virtuosic about all of them, even the so-called ‘easy’ ones. That’s because he was ahead of his time, and because when he was young, he was the best pianist in the world. He would have outplayed everybody else on the planet.” (Source Chamber Music New Zealand)