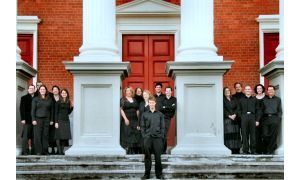 In tonight’s Music Alive we have music for the festive season and in this concert we cast our ears backwards to the sounds of Christmases of old.  Last December Wellington’s early music choir the Tudor Consort, presented a concert called Puer Natus Est or Unto us a Child is Born.

The programme includes a collection of Christmas anthems and carols from the medieval period through to the 16th century from throughout Europe.

For nearly 30 years the Tudor Consort has tried to do everything with a historically informed process. When their director, Michael Stewart decided to sing carols in middle English, he said they should be pronounced as they would have been heard in their day. The ensemble turned to Professor Robert Easting, who was a founding member of the group as well as an acknowledged expert in pronunciation of early English.