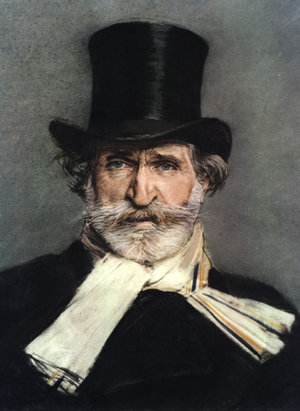 Verdi conceived the Requiem in operatic terms. Its scale and operatic nature led the critic Hans von Bülow to describe it as “an opera in ecclesiastical dress”.

Verdi composed it with operatic soloists in mind. The soprano and mezzo soloists also sang the roles of Aida and Amneris in the La Scala premiere of Aida, while the bass sang the role of Ramfis in another production. Yet despite Verdi’s anti-clerical sentiment, the Requiem is a profound and deeply emotional expression of faith.

The NZSO mounted this performance to celebrate the bi-centenary of Verdi’s birth in 2013 bringing together four of Australasia’s leading opera singers: soprano Lisa Harper-Brown, mezzo Margaret Medlyn, tenor Rosario La Spina and bass Jud Arthur. Once considered too ‘operatic’ for the church, this work is filled with Verdi’s trademark glorious melodies.

Recorded at the Michael Fowler Centre Wellington by RNZ Concert