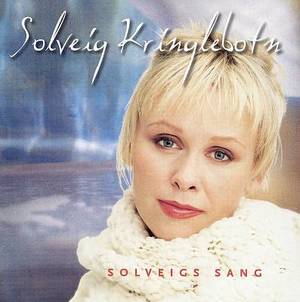 Tonight you’ll be hearing a concert recorded at the Michael Fowler Centre by the New Zealand Symphony Orchestra. Included in the programme is Sibelius’s Karelia Suite, Wagner’s Prelude to Die Meistersinger, Symphony No 191 by tonight’s conductor Leif Segerstam and a performance of Richard Strauss’s Four Last Songs sung by Solveig Kringelborn.

One of the most celebrated sopranos to emerge from Scandinavia in recent times Solveig Kringelborn is regularly sought after for both opera and concert performances. On the concert platform she is particularly famed for her interpretation of Scandinavian music, whilst on the operatic stage she regularly receives acclaim not only for her singing but for her powerful acting ability. She works with conductors such as Mariss Jansons, Zubin Mehta, Sir Simon Rattle, Herbert Blomstedt, Neeme Järvi, Esa-Pekka Salonen, Claudio Abbado, Sir Neville Marriner and Sir Colin Davis.