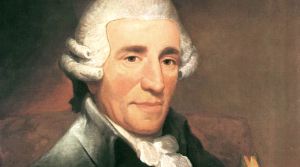 Haydn wrote his greatest oratorio after a visit to London where he was very taken with Handel. On his departure, he was shown a libretto The Creation of the World supposedly meant for Handel but never set to music. Haydn took it back to Vienna and made history. Audiences loved it. Haydn sold copies all over Europe with the bright idea to distribute it in English and German, making it the first original bilingual composition. This performance is in English.

The Creation by Haydn remains one of the great pillars in the repertoire of sacred music, along with Handel’s Messiah which inspired it.

Auckland Choral will join the New Zealand Symphony Orchestra for this Auckland performance of The Creation. The Dunedin-born bass-baritone Jonathan Lemalu will be sharing the stage with the acclaimed Irish tenor Robin Tritschler and another of this country’s international singing successes, Madeleine Pierard.