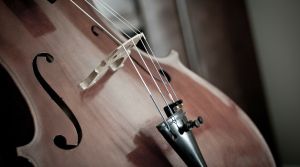 Virtuoso Narek Hakhnazaryan is a future superstar. Already hailed a “seasoned phenom” by the Washington Post, and praised for his “intense focus and expressive artistry” by the New York Times, Hakhnazaryan is emerging as one of the most significant young artists on the world stage. Mentored by Mstislav Rostropovich, one of the greatest cellists of the 20th century, Narek was the only cellist invited to travel on behalf of Rostropovich Foundation. He was awarded the Gold Medal at the 2011 XIV International Tchaikovsky Competition, the most prestigious prize given to a cellist. Fittingly, he performs Tchaikovsky’s Variations on a Rococo Theme in this debut tour with the NZSO.

Tchaikovsky wrote his cello and orchestra piece Variations on a Rococo Theme in homage to Mozart. It’s a beloved staple of the repertoire which puts a cellist through a no-breaks-allowed, high-register ordeal. Composed for German cellist Wilhelm Fitzenhagen, it premiered in Moscow in 1877 with Nikolai Rubinstein conducting. On hearing it, Liszt reportedly declared “This is truly music!”
Text: NZSO