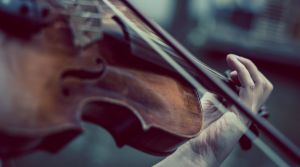 Marking the centenary of Douglas Lilburn, founding father of New Zealand music, we open with his enduring Aotearoa Overture. Composed when Lilburn was studying in London, Aotearoa is an evocation of longing for his homeland.

Béla Bartók was a composer whose homeland was ever-present; his vigorous Violin Concerto No. 2 is steeped in Hungarian folk music.

In his breakthrough masterwork, the Enigma Variations, Edward Elgar depicted his ‘friends pictured within’ – his wife, his publisher, even his friend’s dog – but never revealed the ‘enigma’. Encompassing the profundity of ‘Nimrod’ and Elgar’s ebullient self-portrait, this is an extraordinary orchestral tour de force.
Text: APO Website