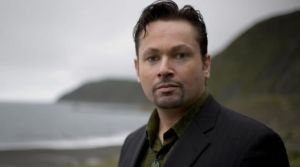 The BBC Philharmonic marked the 100th anniversary of Anzac Day in Salford, Manchester, with a programme of works by Australian and New Zealand composers, conducted by New Zealander Tecwyn Evans.

Reviewer, John Button was at the premiere of Farr’s Piano Concerto in Wellington. He commented in the Dominion Post, “based on just one listen I have no doubt that this marvellously inventive piano concerto is bound to develop an international life all its own. Rarely have I heard a new piece in which I felt we got the absolute essence of the composer, but this was such a piece. Farr has stated that the piano concertos of Prokofiev, Bartok, Ravel and Shostakovich were long-term favourites and each of these composers influences this new concerto of delights.”

Recorded at MediaCity UK, Salford, by the BBC