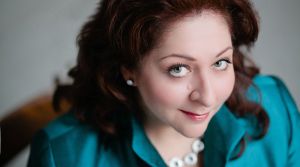 This all-Strauss programme featuring Christine Goerke will be of great interest to New Zealand audiences as we look forward to a visit in June from this American soprano for a Wagner Gala with the New Zealand Symphony Orchestra.

Goerke is at the top of her powers, recently being named 2015 Musical American Vocalist of the Year. She is “the Wagner-Strauss soprano we’ve been waiting for, a multi-hued miracle of gale-force power and pin point control, effortlessly riding over the most clamouring orchestras.”

This concert comes from Dresden’s Semper Opera House, re-built forty years after its near complete destruction during the infamous Allied carpet bombing that took place in the closing phases of World War II.

Recorded in the Semper Opera House, Dresden by Deutsche Welle and provided by WFMT