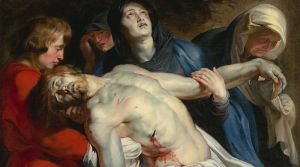 Bach’s St Matthew Passion is a monument not only amongst oratorio-passions but in Bach’s own output. It’s his longest and grandest work, typically lasting three hours, with the original score calling for 13 soloists, two orchestras and three choirs, including a children’s choir.

For this reason, New Zealand groups rarely tackle it in full. This Easter Sunday, Wellingtonians have the chance to attend a complete performance. Whether you can be there or not, don’t miss tonight’s broadcast from these two distinguished European ensembles, also the Dutch National Boys’ Choir and a soloist line-up of rising stars as well as well-established singers.

This performance was recorded at the Concertgebouw, Amsterdam in April 2014 by Radio Netherlands