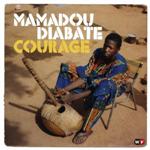 Malian kora player Mamadou Diabaté is a member of the Mandinka West African jeli or musician caste. His latest album, Courage, is a departure from the traditional melodies on his previous album, focussing instead on Diabaté’s own compositions (World Village 681082) 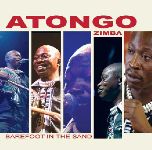 Barefoot in the Sand – Atongo Zimba

Atongo Zimba and his signature two-stringed calabash lute, the koliko, are joined by a variety of strings and percussion in this album. “This is very acoustic music, it’s with the acoustic sound of the Sahel”, explains Atongo. “But the idea of also putting the Indian tabla, and other colours give it an Arabic, even Northern African feel” (Hippo Records HiP008)