Bugle Stories 2: This one has tattoos!

From its adventures overseas in 1915 this bugle arrived back in New Zealand with souvenir tattoos. Its discovery in 1963 eventually led to the bugle returning to its regimental home. Then it embarked on a new adventure. You will also hear retired Captain Blake Herbert, retired Corporal Ken Davie and Staff Sergeant Tristum Mitchell.

This programme was made with assistance from Ngā Taonga Sound & Vision and the New Zealand Army Band.

Look at the photo gallery for this episode of Bugle Stories 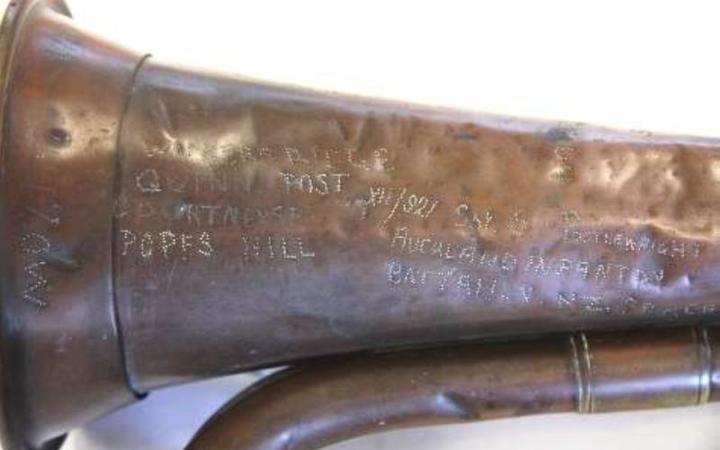