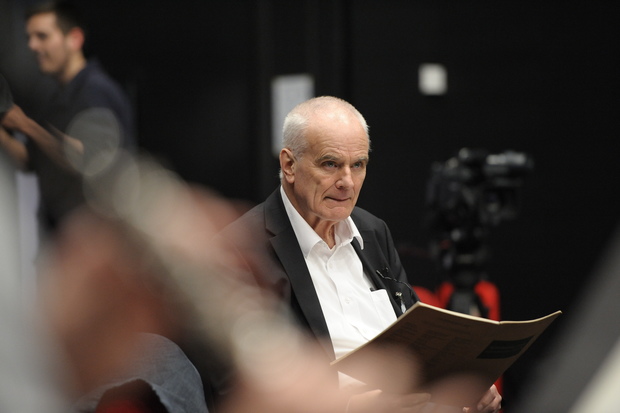 Recently the classical music world lost one of its most respected contemporary composers, Peter Maxwell Davies, who died of leukaemia on 14 March 2016.

In 2004, RNZ Concert marked his 70th birthday with an Appointment programme. James Gardner interviewed Davies by phone to his home on Sanday in the Orkney Islands. Davies talked about the music he wrote throughout his career, about the inspiration he gets from the landscapes of the Orkneys, about his political concerns and campaigns, about his position at that time of being the Master of the Queen’s Music, and about his qualified optimism on the state of contemporary classical music compared to the era, 50 years previously, when he was starting out.

Missing in this programme, of course, is any reference to the last 12 years of his life. In particular, one of the projects that Davies talked rather excitedly about here was his recent purchase of all the master recordings of his works that had been released on the defunct Collins label. The recordings were then made available from his own website www.maxopus.com, one of the very first classical music websites to offer music downloads. However, this project later went regrettably off the rails, when it emerged that over £500,000 of the composer’s money was missing; his then manager and long-standing friend Michael Arnold was convicted in 2009 of false accounting and sent to prison for 18 months, as was reported in The Telegraph.

Davies was understandably much hurt by the episode, financially and emotionally, and stopped composing for six weeks or so. For the incredibly hard-working and prolific composer, this was a significantly long period of time.