Crossing the Atlantic in 1942 meant dodging U-boats. Benjamin Britten was lucky to make it - but what if he hadn't? 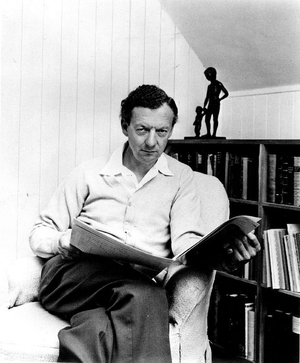 John Drummond likes to explore the turning-points in music history, the crucial moments when the future clearly held more than one strong possibility.

"In a musical application of the theories of counterfactual history, we are asking what might have happened if things had gone differently at those moments, if a different decision had been made, if a different opportunity had been taken, if a chance meeting had not occurred, or if someone’s actions well away from music had been different. Often we discover that what actually happened was unlikely, and that alternative futures carry much more credibility. Music history, it seems, may be a matter more of chance than anything else. Certainly it has become clear that the path of music history has very often been determined by the actions of people far outside the world of music."

In this case, the future of Benjamin Britten, and even the future of British music, lay in the hands not of Britten himself, or even of any English-speaking person at all. His life was in the hands of a dozen German men in their twenties and thirties, the captains of the submarines, the U-boats, sent out from continental Europe to attack American and British convoys in the North Atlantic during the months of March and April 1942.