Wagner only just escaped being arrested for treason in 1849. What would the world have been like without Tristan, Die Meistersinger, and the Ring Cycle? 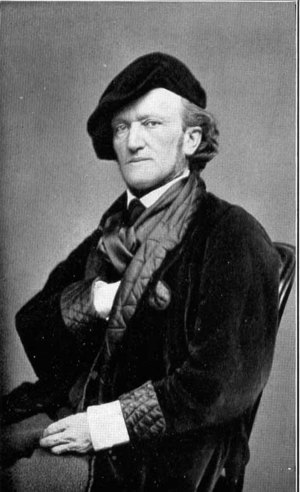 1848 is the year Marx and Engels published the Communist Manifesto, and although the revolts of 1848 were not workers’ revolutions there were those who saw in them a forecast of the collapse of the existing social order.

In Dresden the focus for discontent was the innocuously named 'Fatherland Society' (Vaterlandsverein). In fact it had several thousand members and was highly political, with a strategic plan to overthrow the monarchy and a business plan which included arming the general populace to achieve that goal.

It was to this forum that Richard Wagner, the Royal Kapellmeister, delivered a speech on 14 June 1848. It was reprinted in the local newspaper two days later. In it Wagner openly attacked many of the government ministers and courtiers who surrounded the king, and while he referred to the king as the ‘first democratic citizen’ of the land, his message was pretty clear to all who heard it or read it. The fact that many he attacked were also his creditors is, of course, beside the point. In any event, many of the general population of Dresden were excited by the speech, while the court was less than delighted to be bitten by someone it fed, and the next performances of his opera Rienzi had to be cancelled to forestall public demonstrations.

Wagner was now irrevocably placed in the camp of those who would change the current state of affairs, and branded as a friend of the people and an enemy of the aristocracy.  It was a reputation he relished.

The full uprising in Dresden broke out on Thursday 3 May 1849, as a result of the Saxon King Friedrich dissolving both Houses of Parliament. The leaders were Heubner, Wagner’s assistant Röckel, Martin and Bakunin, with Wagner himself playing a significant role. Wagner's activities in the run-up to the revolution included hosting two important political meetings at his home at which was discussed ways to arm of the populace, and his taking part in the making of hand-grenades. As a revolutionary leader, Richard Wagner's life is now in danger.