JS Bach was only third choice, after Telemann and Graupner, for the position of Kantor in Leipzig in 1723. What if he'd remained an obscure country musician and not composed the great works which became pillars of Western musical tradition? 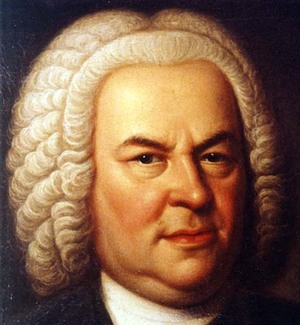 John Drummond investigates a major turning point in the life of Johann Sebastian Bach, the moment at which he moved from being a Kapellmeister in a relatively obscure minor German principality to being the head of one of Europe’s leading musical institutions, the Thomasschule in Leipzig.

Bach's appointment in Leipzig would lead not only to his composing some of the most important and loved works in the Western classical canon – the St Matthew Passion, the Mass in B minor, the Italian Concerto, other harpsichord and organ works, the Magnificat – but it also meant he established a name and a position which would eventually lead to his being regarded as one of the greatest of composers.

And yet the move to Leipzig was by no means inevitable: Bach was actually the third choice of the appointing committee, and he was only offered the job after it had been declined by the two more favoured candidates. Indeed, the story of his application and eventual appointment is filled with minor turning-points, accidents and lucky chances. If any one of them had gone the other way, our our music histories, and our collections of music, might very well not feature Johann Sebastian Bach at all.

Of Bach’s most popular major works only the Brandenburg concertos had been written before he moved to Leipzig.