Had Vincenzo Galilei not courageously challenged established thinking about music in 1581, opera may never have developed, and his son Galileo might not have questioned the Ptolemaic model of the universe. 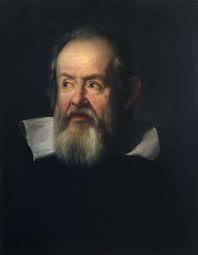 Though he was no opera composer himself, Vincenzo Galilei laid the theoretical foundations for the art-form, and he made it possible for composers like Monteverdi to exercise their creativity in a welcoming environment. To create this environment Vincenzo had to go up against the conventional thinking of his time, challenge the authorities, establish the evidence to prove that they were wrong and he was right.

Copernicus has already challenged the Ptolemaic view of the Universe, but it required a more cogent, scientific challenge, and that was provided by Vincenzo Galilei’s son Galileo. It was he who used a telescope to explore the skies at night, and this practical research led him to discover mountains on the Moon, spots on the Sun, and that Jupiter had its own moons. All this lent so much support to Copernicus’s theories that the Church was in some disarray. Galileo was called to account, and forced, under penance of excommunication, to recant, publicly reading and signing a document in which he affirmed the traditional Church view of the earth-centred Universe. The book in which he had compared that view unfavourably with the Copernican view was banned by the Church, which of course made it an extremely valuable property, much sought after, printed in pirated copies, and circulated in plain covers throughout Europe. It was Galileo’s proofs of Copernicus’s theories which eventually prevailed.

Father and son had much in common. Each made a stand for new ideas against the powerful influences of the old. Each stood at a turning-point: the father at a turning point in cultural history, the son at a turning point in scientific history. Each of them interrupted the flow, moved things in a new direction. And although the son may be the more famous of the two, there is plenty of evidence to show that he learnt his way of doing things from his father.