Jeffrey Grice - A Culture of Accident 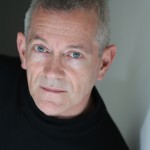 Jeffrey Grice is a New Zealand pianist who has lived in Paris for almost 40 years. He grew up in Christchurch and studied at the University of Auckland with Janetta McStay and Bryan Sayer. While there, he also met the great pianist and music academic Charles Rosen, with whom he developed a strong relationship. Following that, he went to Paris to study at the Conservatoire with Yvonne Loriod and never came back. In this programme, he talks about his attempts to create a special kind of concert in which the pianist and audience share an enhanced engagement with each other. Also, he tells of his on-going commitment, despite his distance from New Zealand, to the music of composers such as Jenny McLeod, Douglas Lilburn, Nigel Keay and Lucien Johnson.