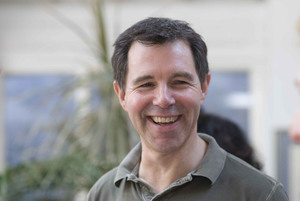 Michael Haas, music producer, author and curator talks with Roger Smith about his work and in particular his research into music forbidden under the Nazis.

Entartete Musik was a concept that was taken up by the Third Reich in order to suppress everything that they thought was politically and doctrinally off-key.  Things that they thought were foreign influences, not sufficiently Germanic. They started off with the visual arts. They didn’t like modern art at all and then they projected it on to music later. But the big difference, with very few exceptions, was that the modern artists whom they didn’t like were not Jewish. But when it came to music there was this extraordinary dichotomy because it wasn’t because it was modernist that they didn’t like it, but because it was Jewish.  And it was this Jewish provenance that suddenly became the object of their definition of degeneracy as opposed to abstract art, or expressionist art. The mere fact that something had been composed by a Jew – that in itself made the work intrinsically deformed and degenerate.