Monday: Composer of the Week - The Vocal Music of Ludwig van Beethoven 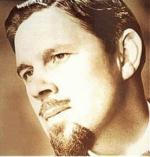 With the German megastar Andreas Scholl singing in Auckland, a double-act in the New Zealand Opera season of Handel’s Xerxes, plus regular local performances up and down the country, 2011 was the year for countertenors in New Zealand.

2012 however celebrates 100 years since the birth of the vocal grandfather of all 20th century countertenors – Alfred Deller. To mark the  revival of this voice-type Shelley Wilkinson looks at Deller’s life and career with the help of his daughter and son-in-law Jane and John Jackets, plus Geoffrey Coker, Dean Sky-Lucas and Alfred himself (RNZ)

Thursday: How will opera survive?

John Drummond presents four programmes considering The Future of Opera in the contemporary world of mass popular culture, digital technology and global financial crisis. He draws on results from a current research project called Sustainable Futures for Musical Cultures based at the Queensland Conservatorium of Music

(1) The future for opera companies.

Murray Khouri looks at recordings of Stravinsky's The Rite of Spring.