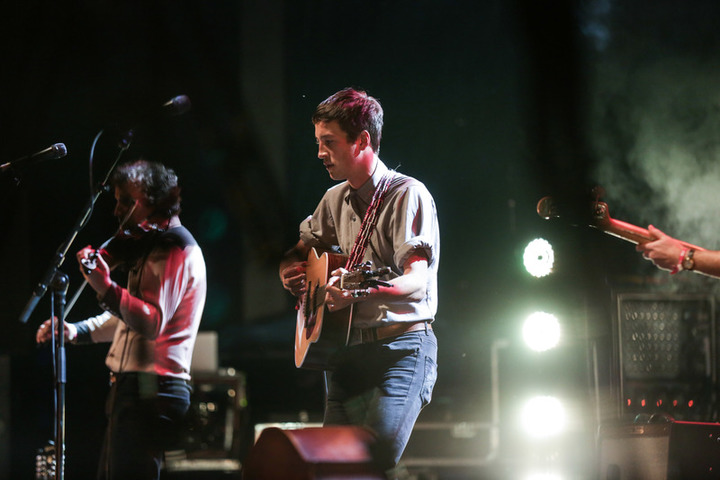 Marlon Williams shares a Christian name with one of the most iconic screen stars in history, and his own image loomed large on the screen above the Bowl Stage on the opening night of WOMAD 2017. But the attention of the large crowd was focussed closely on the music, in particular Williams’s extraordinary, soaring voice.

Williams’s star potential was first noted before he was out of his teens, as frontman for The Unfaithful Ways, a group of former Canterbury choirboys smitten with the country-rock of Gram Parsons. After the group broke up, he toured and made three albums with fellow Lyttelton native and troubadour Delaney Davidson, before relocating to Melbourne and launching his solo career.

Now 25, he brought to WOMAD his current band The Yarra Benders, featuring Ben Wooley on drums, Gus Agars on bass, and Dave Khan who moved effortlessly between fiddle, mandolin and guitars throughout the set. All three provided vocal support.

The set included material from Williams’s self-titled 2015 album, previews of his forthcoming disc and a few show-stopping favourites. Strong on dynamics and leaning towards dark and gothic themes, Williams started out quietly in a country vein, but by mid-set had built up to the Orbisonian melodrama of Billy Fury’s ‘Lost Without You’. Meanwhile new originals like ‘I’m a Vampire Again’ pointed in a rowdier, rockier direction. But as evening descended on the Bowl of Brooklands a hush came over the crowd when Williams took the mic on his own for an almost impossibly beautiful rendering of the  Ewan MaColl standard ‘The First Time Ever I Saw Your Face’. 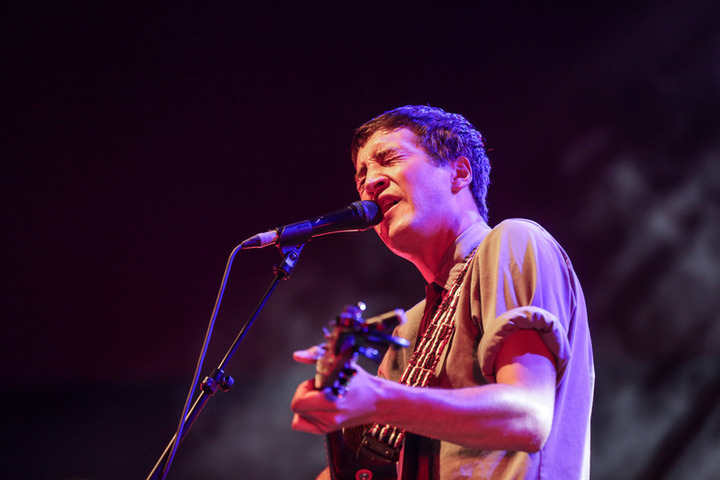 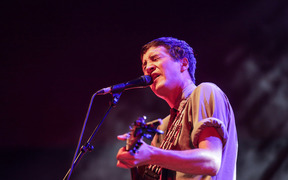 Trevor Reekie talked to Marlon Williams backstage at WOMAD, shortly before the recording of his new album. Audio

Record producer Ben Edwards' bookings schedule has been solid in the last year or so, thanks to the rise of Marlon Williams, Aldous Harding, Tami Neilson and the whole Lyttelton alt-country scene. We… Video, Audio

Lyttelton darling Marlon Williams is back at home, fresh from playing on Conan O'Brien's late night show in the US. Williams premieres a new song and pays tribute to Ralph Stanley.  Video, Audio, Gallery