Lectures, interviews and discussions with the eminent New Zealand scientist

2011 New Zealander of the Year Sir Paul Callaghan often featured on Radio New Zealand programmes. He was a regular guest in conversation with Kim Hill on Saturday Mornings, was interviewed on Our Changing World and delivered many public lectures and addresses.

A selection of audio from the Radio New Zealand on-line archive is available here in recognition of Sir Paul Callaghan, who died in March 2012.

5 - To See What Cannot be Seen: Rutherford and The Discovery of the Atom

Professor Paul Callaghan from the MacDiarmid Institute traverses historical themes surrounding the atom, as well as touching on the new challenges of the 21st century.

Listen duration 55′ :11″
Add to playlistPlaylist
Download
5 - To See What Cannot be Seen: Rutherford and The Discovery of the Atom

Plea to expats to repay student loans to pay for quake

Sir Paul Callaghan, The New Zealander of the Year is appealing for the more than 85,000 New Zealanders living abroad to repay their student loans to boost the Government's coffers to help with the… Audio 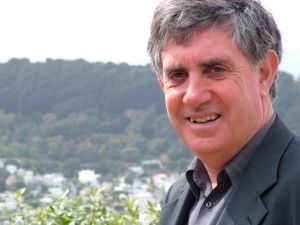