Resounding Radio is the largest history project ever undertaken by Radio New Zealand. It was made possible by funding assistance from the Broadcasting History Trust. While parts of New Zealand's radio story have been told from time to time, this is the first comprehensive coverage extending over the period 1921 to 1996.

In making the ten part series, long-time producer Jack Perkins not only drew on archives sources but also recorded much new material. The eclectic nature of research undertaken for the series was demonstrated when 1930s NZBS broadcaster Lawrie Constable discovered an invaluable set of acetate recordings which laid fifty years in his London attic.

As well as providing lively and engaging listening, Resounding Radio also invites the attention of researchers. Please see the comprehensive list of contents with running times and sources.

We take much pleasure in recommending Resounding Radio as a valuable contribution to our 20th century history. 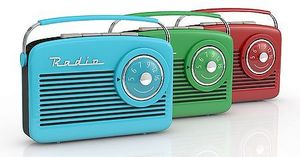 Gregory, R. J. (1985) Politics and broadcasting: before and beyond the NZBC, Palmerston North, The Dunmore Press

Contents of the programmes

The contents listed by running time, detail of material and name of the person speaking, where applicable.

Part 4: 'Theatre of the mind' - The story of drama and the serials

Part 5: The Cinderella service - The story of news

Part 7: Tuning up - The story of the YC stations, Concert Programme and the Symphony Orchestra

Part 8: Te Reo o te Tangata Whenua 'The voice of the people of the land' - the story of Maori radio

Part 9: Hauraki at sea - The beginning of private radio