Kumara is a food staple for most Kiwis and one of Gemma's all-time favourite vegetables. She pairs sweet golden kumara with some heady Indian spices – a little nod to home and her Indian heritage. 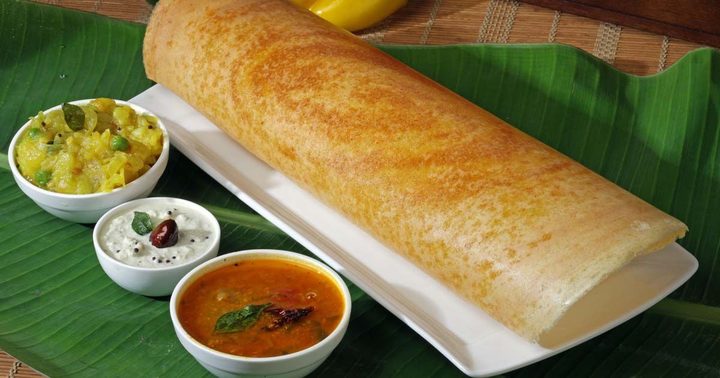 Lightly toast the cumin, coriander and fennel seeds in a dry frying pan until aromatic.

Grind in a spice grinder or with a mortar and pestle.

Peel and chop the kumara into large cubes and place them on a baking tray. Sprinkle with cinnamon, paprika, and the toasted cumin, coriander and fennel seeds. Add salt and pepper. Add a little olive oil and roast in the oven until the kumara is tender (usually 20—35 mins).

While the kumara is cooking, fry the onions with some oil on a low heat. Cook until golden and caramelised. Stir regularly. When the onions are nearly done, add the mustard seeds, garlic, ginger and the curry leaves and cook for a further 5 minutes.

Combine the roasted kumara with the onion mixture.

Taste and season if necessary and fold in the fresh coriander.

Once you've finished making the filling, head over to Gemma's dosa recipe, and pop the mix above into your pancakes once they're ready to eat.