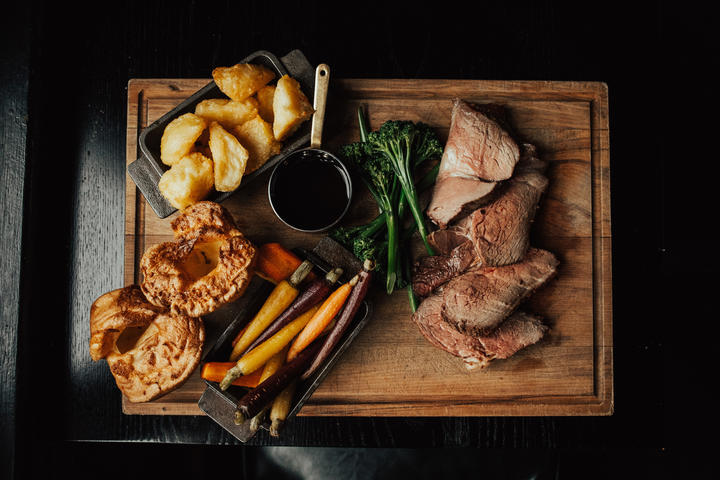 Top Tip: Buy a thermometer. A must for cooking big joints of meat.

●    Preheat the oven to 110℃.
●    Place the rump onto a roasting tray and put in the oven for approximately 3 hours or until the internal temperature of the meat is around 48℃.
●    Remove the rump and increase the oven temperature to 230℃. Season the roast with plenty of salt and pepper and place the rump, fat cap down, into a hot pan, along with the garlic, thyme and bay leaf, and render down the fat properly.
●    Baste the rump with its own fat.
●    Place the rump back into the oven to roast and caramelize the outside of the meat for 10-15 minutes.
●    Rest for 10 minutes and slice into thick pieces.

●    Preheat your oven to 200℃.
●    Place the duck fat on a large roasting tray and heat in the oven for 30 minute
●    Peel and chop the potatoes into pieces just a bit smaller than a golf ball.
●    Parboil them for 15 minutes in salted water.
●    Strain the potatoes and allow to stand in a colander for 5 minutes.
●    Ruffle the potatoes in the colander by tossing them around to fluff up the edges.
●    Remove the roasting tray from the oven and place on to a burner to get really hot
●    Carefully slide the fluffed potatoes into the duck fat.
●    Roast for at least an hour. The crispier the better, so don't be shy on the cooking.

Top Tip: Make the batter the day before.

●    Melt the butter on the stovetop in a saucepan.
●    Stir in the flour.
●    Cook the roux on medium heat for 2-3 minutes.
●    Slowly add the milk, making sure that there are NO lumps.
●    Cook for 8 minutes on low heat, stirring every so often.
●    Take off the heat and stir in the grated cheddar and grated mozzarella cheese and adjust the seasoning.
●    Cut the cauliflower into florets and blanch in boiling salted water for 4 minutes. Drain and refresh in cold water to stop the cooking.
●    Fold the cooked cauliflower into the sauce and transfer to an oven-proof dish.
●    Sprinkle with grated parmesan.
●    Reheat in a hot oven for 15 minutes before serving.

From Afternoons with Jesse Mulligan