The Imaginary Lives of James Pōneke by Tina Makereti

Set in the mid – late 19th Century in New Zealand and London.

James (Hemi) Pōneke is the orphaned son of a Māori chief.  As a young boy he is sent to a mission school where he learns English and becomes something of a star student.

He meets an English artist visiting New Zealand and manages to convince the Artist to take him back to London where he hopes to educate himself further.

In London James becomes quite taken with the privileged position he finds himself in. He does become more educated  but not just academically, and not always to his advantage. 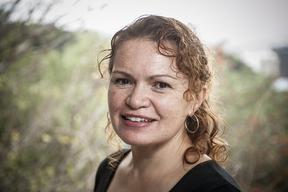 Tina Maketeti's first novel, Where the Rēkohu Bone Sings, has been described as ‘remarkable ... spanning generations of Moriori, Māori and Pākehā descendants as they grapple with a legacy of pacifism, violent domination and cross-cultural dilemmas.’ It was longlisted for the Dublin Literary Award and won the 2014 Ngā Kupu Ora Aotearoa Māori Book Award for Fiction.

Tina Makereti has a PhD and Masters in Creative Writing from Victoria University and a BA and PG Dip Māori Studies from Massey University. Her fiction, essays, and short stories have been recognised nationally and internationally, including the 2016 Pacific Regional Commonwealth Short Story Prize, two Nga Kupu Ora Awards, and a RSNZ Creative Science Writing Nonfiction Award. Her latest book is an anthology of Māori & Pasifika fiction, Black Marks on the White Page (2017). Dr Makereti teaches creative writing at all levels, and is particularly interested in Māori & Pasifika creative work.