The audio for Extremely Loud and Incredibly Gross is presently unavailable

In 2015 Adam Goodall gave a lecture called ‘What We Talk About'. In his lecture, he refers to his obsession with Final Destination 3, a very ordinary horror film. The play arose from that lecture and from Goodall's wish to attempt to defend his position on Final Destination 3.

But Extremely Loud and Incredibly Gross: a critical appraisal of Final Destination 3 presented for your approval by Adam Goodall  (full title) is more than that - in performance it begins to ask real questions about pop culture's obsession with the trivial and about film reviewing and well, lots of other funny and slightly disturbingly recognizable stuff about obsession itself.

The audio for this episode is no longer available

Some pics from the RNZ recording 24th February 2016 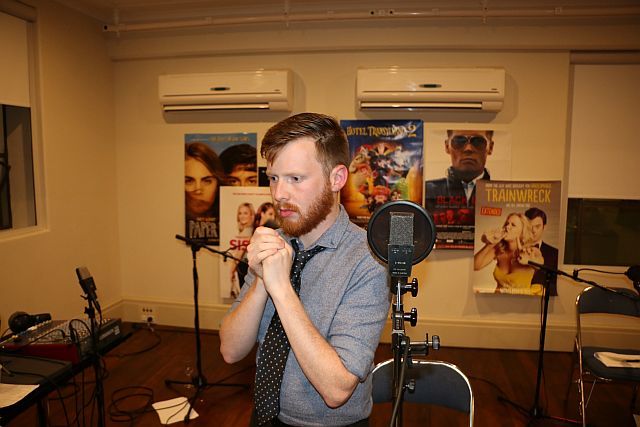 Is Adam really praying the other actors will arrive on time 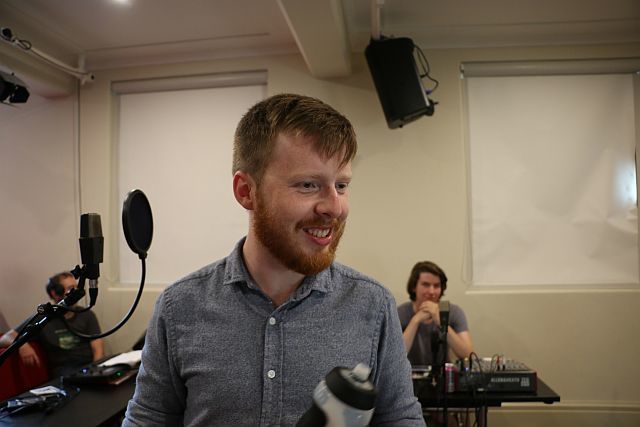 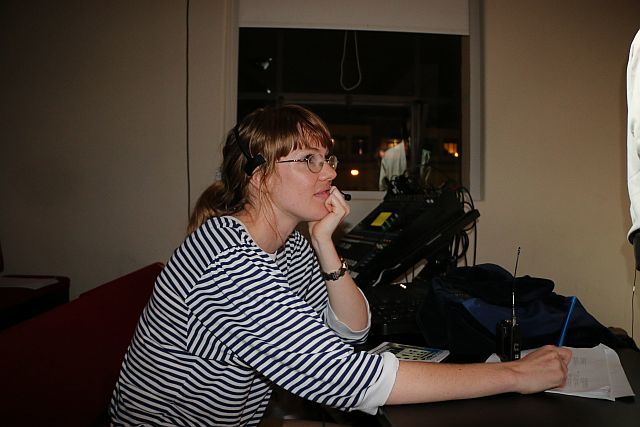 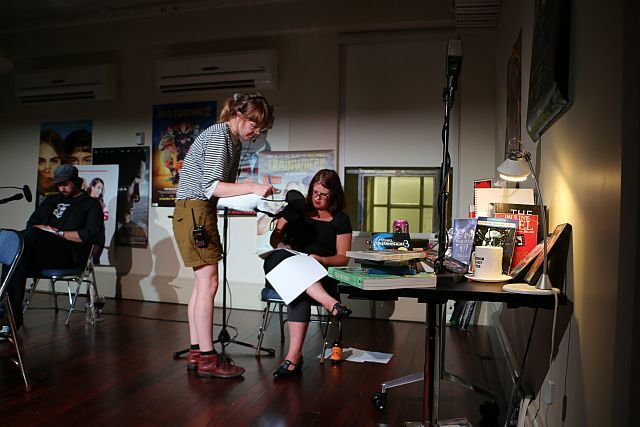 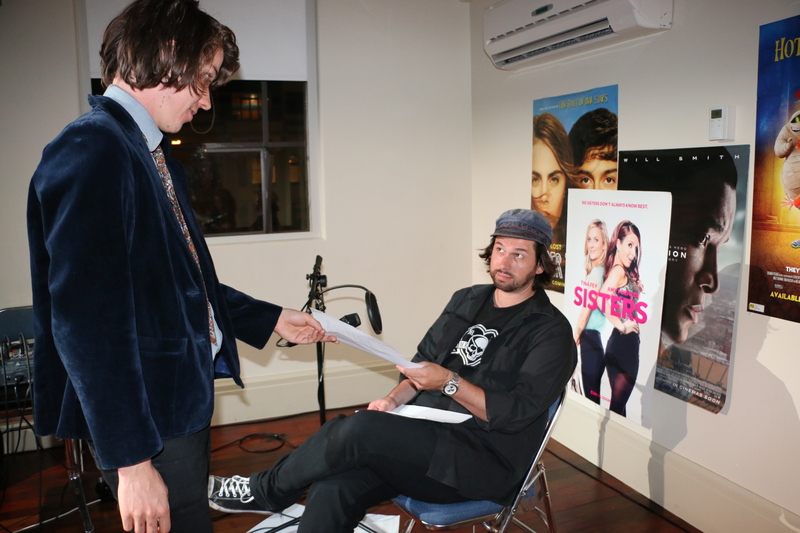 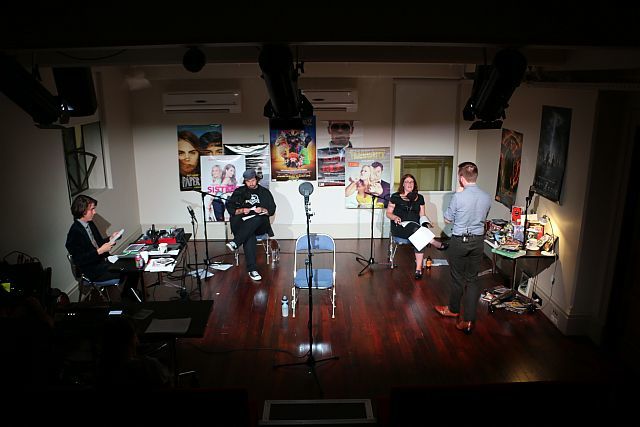 Actors on stage as the audience enters 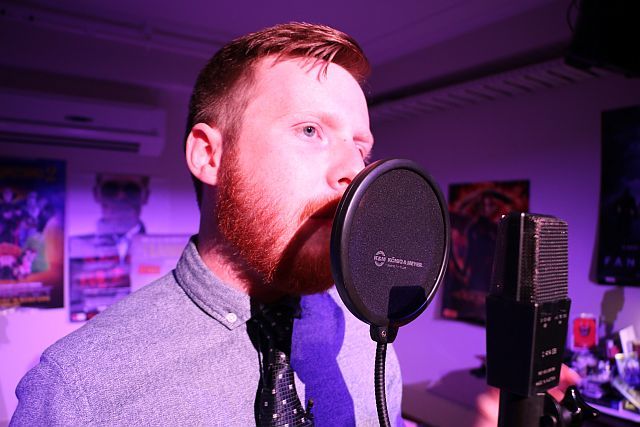 Adam Goodall at the microphone 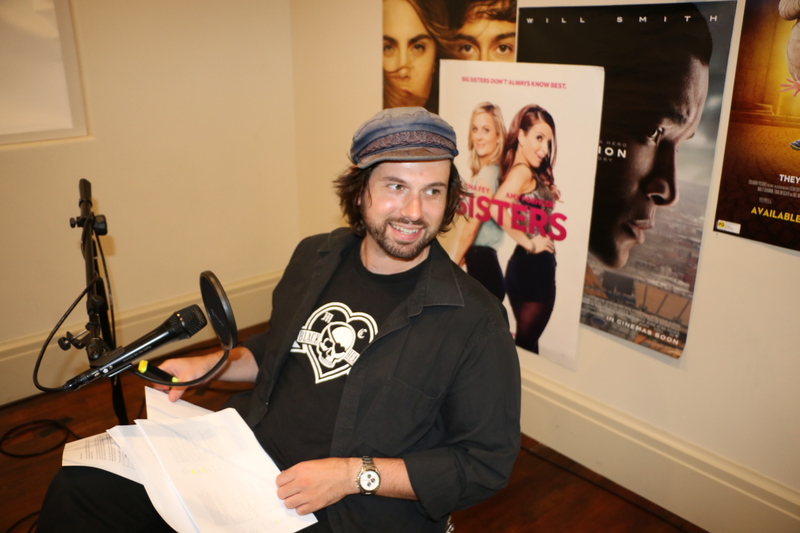 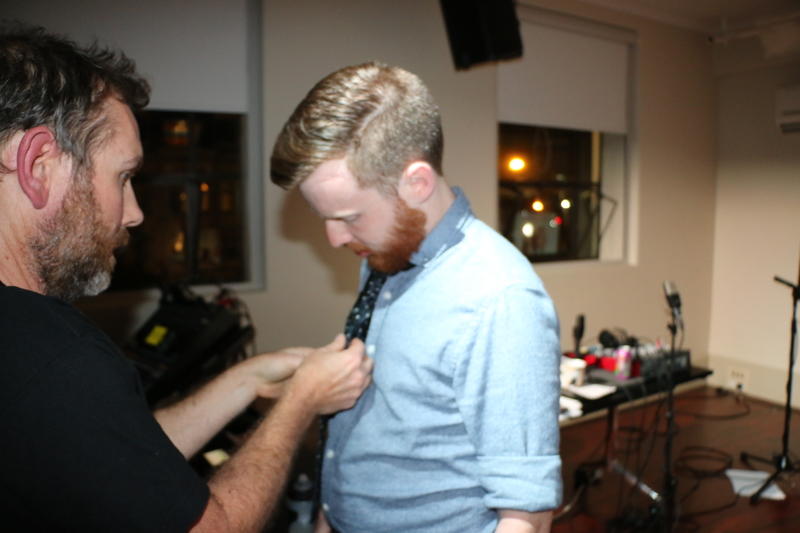 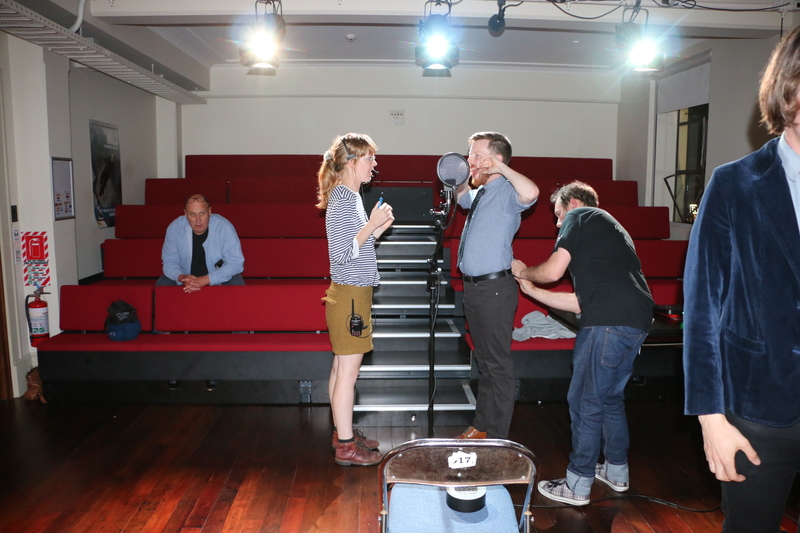 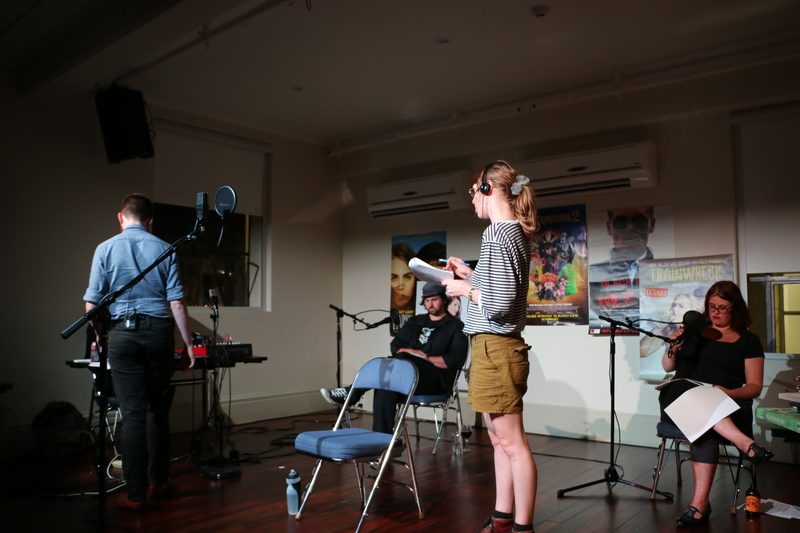 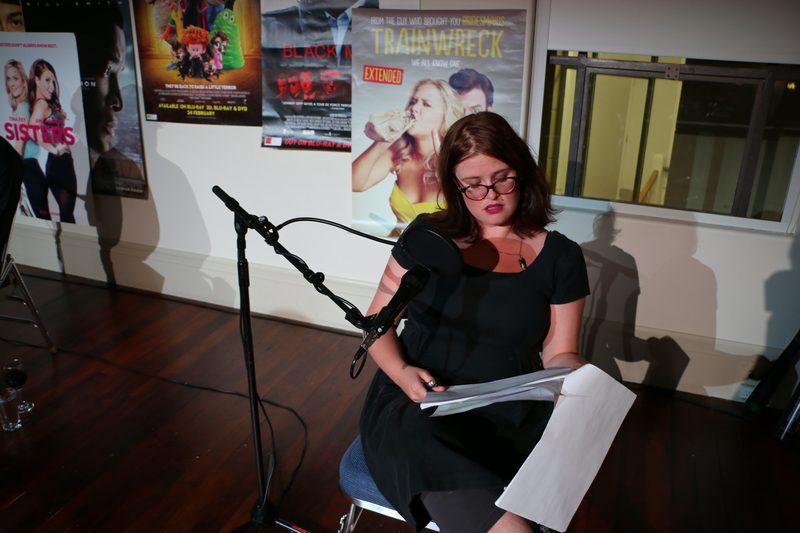 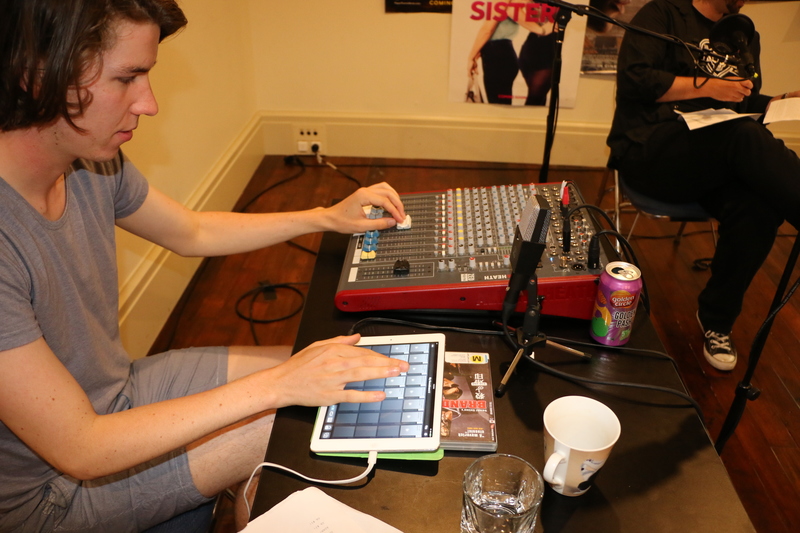 Guest actors for this recording - Jean Sergent and Johnny Potts

'Goodall's character keeps spiralling off into the scholarly ether, drawing in quotes from Susan Sontag to back up his theories.  It's the intellectual version of not wanting to get one's hands dirty.

... how delightful it is to be able to both argue the logical structure of a show and talk about how it touched me personally in a review.  This almost never happens, because a lot of shows aren't actually about anything.  Extremely Loud is not a perfect show by any means, but it is about something.  And it is fun and funny and smart and comforting and exciting.  And more theatre should do that.' 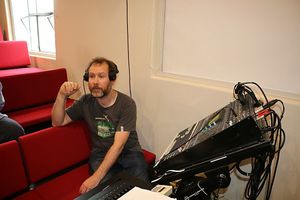 The challenge of recording Extremely Loud and Incredibly Gross

RNZ Drama's recording team was there, live with the audience, on 24th February 2014

Recording a performance of a play with a live audience is a kind of high wire act, not just for the actors but for the recording team. So, what’s so difficult you might say? – after all, this is the fourth live recording in the Live On Stage, Now! initiative where Drama has left the controlled environment of the studio and hit the stage to record plays during their on-stage seasons - Wings, My Own Darling and Be-Longing.

Well, the three other excursions involved scheduling special ‘recording performances’ where the audience came along specifically to check out how the recording was done.  But this time the recording was of a regular scheduled performance and the audience that came to see it was there to see the show.  In that situation there's so much room for disaster and no room at all to interrupt the action with a retake.

Extremely Loud and Incredibly Gross is the brainchild of Adam Goodall. Goodall is a genial dynamo to begin and then becomes a hyperactive obsessive as his words spill from his mouth in a torrent of wit and passion.  He first stands his ground, then paces around the stage and even storms out in a huff when the others take him to task. A nightmare to record.

So, did the recording work?  Of course it did.

It was extremely difficult and incredibly successful!