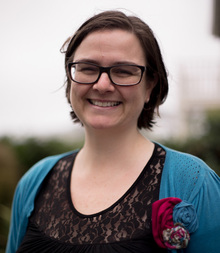 "When I was pregnant with James I had very bad morning sickness, and very bad insomnia in the second trimester. I [took] maternity leave earlier than expected.

I’ve experienced depression before, which I think for me is a complicated psychological emotional thing. Postnatal depression, for me, has felt much more chemical, so it did feel more like a train hitting me–rather than stuff going on internally. 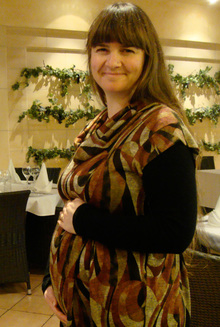 Thalia when she was pregnant. Photo: Supplied

I felt very incapacitated. I didn’t feel capable of doing things. I felt very anxious and I really didn’t have much resilience, so tiny things would floor me for the day. It wasn’t just sadness or feeling a bit low, it was like I was stranger in my own head. It was paralysing for me.

It can be difficult to disentangle what’s normal after having baby, and of course everything has changed, but in my case it was fairly severe and fairly different.

Several of the health professionals that I’ve met with over the years about this have commented that high-achieving women have a higher incidence of postnatal distress.