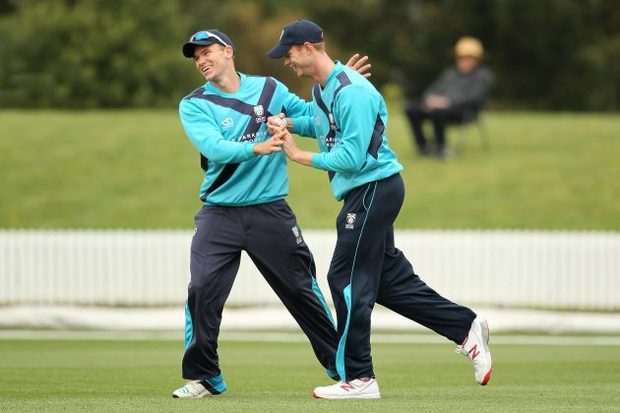 Scotland's hoping to achieve what no other Scottish cricket side has been able to at a World Cup and win a match. Photo: Supplied

If any one of the four associate nations is to topple one of the top ten sides at this tournament, it'll more than likely be Scotland.

The Scots, who have played at the tournament two times previously, have been in rebuild mode for a few years but their captain and batsman Preston Mommsen is the ICC's current Associate Player of the Year.

By finishing on top of the Super Six table in the ICC Cricket World Cup Qualifier in New Zealand in January 2014, Scotland qualified for the tournament.

They then went on to win the tournament outright, beating the UAE in the final, but have never won a match in the eight games they have played at the World Cup.

Scotland is coached by former New Zealand international Grant Bradburn, who will be assisted by former England all-rounder Paul Collingwood.

Several of the squad have English county experience - Northamptonshire batsman Kyle Coetzer, Leicestershire all-rounder Rob Taylor, Matt Machan who plays for Sussex, and Iain Wardlaw, the Yorkshire seamer, who two years ago climbed Mount Everest and once held the world record for holding his breath underwater.

"We have a strong squad line-up and excellent leaders... We don't underestimate the challenge, but we have been training hard and will be bringing our absolute best to this hugely important global event," said Bradburn.

One player to keep an eye out for is all-rounder Richie Berrington.  He was the Scotland batsman to score a Twenty20 international century, hitting the milestone against Bangladesh in 2012.

Off spinner Majid Haq, who's played 50 one-day internationals, is the side's leading wicket-taker.