Sex and a Pagoda: New NZ novel is a riot of action and misunderstandings

For many readers, Michael Wilson will be remembered as the serious-looking presenter of TV3’s ASB Business for many years. So, it is somewhat unexpected that his debut novel is the shaggiest of shaggy dog yarns. 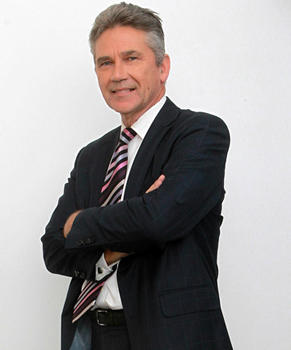 Taking Pagoda mountain (by Strategy) romps through sex in a pagoda, people-smuggling in a Buddha statue, disguises, Led Zeppelin, Denis Glover’s grandson, a racist talent show, corrupt Shanghai officials, more sex, the Chinese Communist Party, gold bars, art fakes and Mao paintings. And that is just the half of it.

Mark Webster, a property developer protagonist with a yen for being a painter heads to Shanghai after his marriage breaks up when he sleeps with his goddaughter. He is, he admits, one of the FIATS (Failed in Auckland, Try Shanghai). There, he falls hard for Li Lanlan, who specialises in disguises, winsome flirting, and traditional Chinese stimulants. They come in handy when the pair have hallucinogenic sex in a pagoda soon to be bowled for a new development.

Webster’s rather pleasant expat life starts to fall apart when he encounters the thuggish Chen Mingyi, a well-connected Party bully boy. He wants both Lanlan and control of the property development Webster and his boss are working on. Lanlan goes bush, Chen goes feral and Webster turns to dabbling in painting before shipping out.

Having careened through sex romp, rom-com, gangster tale and expat memoir, the tale packs up and heads to Auckland, where Webster finds the pagoda of his dreams has been shipped to Whitford. Inside is a Buddha statue and inside that, Lanlan’s equally winsome cousin Weiling. The pagoda attracts the attention of Police, Customs, and a New Zealand anti-immigration party. Confusion ensues. It all culminates in a giant party, a few big reveals, a lot of weed, a rigged talent show and a reconstructed pagoda in Whitford. If it all comes together a little too neatly, maybe that’s the nature of comic farce.

Wilson keeps his yarn moving with a direct style and it barrels along like the picaresque comic novel it promises on the cover (“the most picaresque novel since Tristram downed a Shandy”).

Our hero is like that of Tristram Shandy’s cock and bull yarn; a slightly witless chap to whom events occur. But Wilson sketches the people Webster encounters effectively so many of the best moments lie with the minor characters. There are his parents, Alf and Liz, perpetually shuttling back and forth between Auckland and London to look after their new granddaughter. Or Chen the Party insider who pursues Lanlan, models himself on photos of Carlos the Jackal and likes Bananarama. Or a fortune-teller with a line in stock market tips.

Wilson does a fine job of sketching the two main settings, Whitford and Shanghai. In fact, his expat Shanghai, including the Kiwi café/bar the Old China Hand, with its flat whites, kitsch posters and replays of Crusaders v Waratahs matches, is very good. The two settings play off each other. In Shanghai, people believe they are being bugged by the police. In Auckland, Webster is. To the Shanghainese, foreigners are welcome for business, tolerated, but sometimes kept in the dark. But the Auckland of the early 2000s, just a few years after the tensions of the so-called Asian-Invasion, has an undercurrent of suspicion, especially when an anti-immigrant party gets involved.

Fakery is at the heart of the novel. But trailing just behind is pastiche. Webster makes a living churning out art with Maori figures in front of Chinese pagodas and Mao with a moko. His Mao painting, from “Mark Webster’s private collection”, adorns Wilson’s front cover. Shameless imitation is everywhere; in the Cultural Revolution kitsch in the Old China Hand, Red Guard fashion, even a Chinese wine called Chateau Pagoda. Meiling sings a Chinese/English version of Stairway to Heaven (despite having to ask, “what’s a hedgerow?”). All this cultural borrowing is done by Wilson’s characters with verve, style, and an eye on making money. Just occasionally Wilson has the counterargument put by a black-hearted art critic who pops up to denounce Wilson’s paintings as amateurish cultural appropriation.

Even the name of the novel is a mélange. Taking Tiger Mountain by Strategy was a Peking Opera about Mao’s Communist troops seizing a key mountain; it was made into a film during the Cultural Revolution, used as the basis for a Brian Eno album, then remade as a Chinese blockbuster. Now, with a one-word shift, it is probably the only Shanghai-Whitford pagoda romp in existence.