Reimagining the American West: How Much of These Hills is Gold by C Pam Zhang

It is intriguing to think what C. Pam Zhang would make of the story of the SS Ventnor.

Zhang’s much admired debut novel, How Much of These Hills is Gold, about Chinese children trying to bury their father and deal with their past during the American Gold Rush, arrived in New Zealand at the same time as news broke that the bodies of 501 Chinese gold seekers had been found by a film crew off the North Island coast in the wreck of the Ventnor. The men’s bodies were being sent home to their families for a proper burial when the Ventnor foundered in 1902. 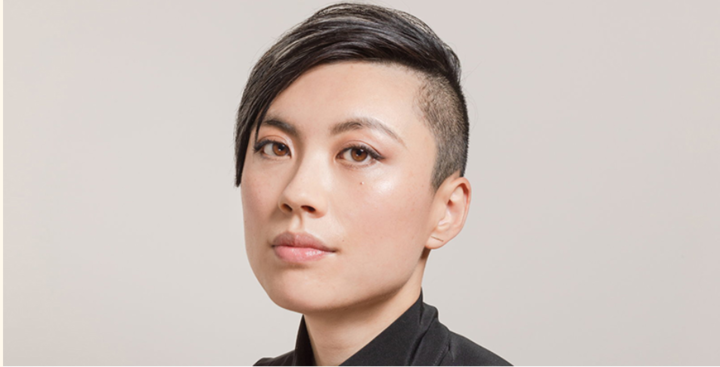 C Pam Zhang whose debut novel How Much of These Hills is Gold has won critical acclaim Photo: Supplied

But the discovery stirred arguments about more than the bones. The discoverers believed they were resurrecting a neglected part of New Zealand history, but some descendants believed the crew were trying to claim their story and disturb their ancestors.

Zhang’s novel starts in the same place – death and dislocation.

“Ba dies in the night, prompting them to seek two silver dollars.”

The them is Lucy and Sam, two girls determined to give their sometimes violent, often protective, and misunderstood father a proper burial somewhere in the American West he loved, but with the rites prescribed by their Chinese-born mother. They steal a donkey, take two silver dollars to cover Ba’s eyes and head off into the wilderness to find a resting place.

The country they encounter is recognisably American but different from that of the myths of the American West. Native Americans have been persecuted. The buffalo have been killed off. Jackals roam the land, both beastly and human. The most terrifying moment of violence is when the family is attacked by other prospectors, crazed by gold fever, like wild jackals.

This is a tough place, morally and physically. There is overt violence against the Chinese family – they are attacked or fear being attacked. There is the violence of language visited upon them. And there are laws forbidding them from prospecting for gold like everyone else.

And then there is the land, enticing but ominous, and degraded by greed. Zhang says that as a child, born in Beijing but moved to Kentucky and then California, she would watch the landscape slip by from the backseat of her family car; foreign, gloomy, entrancing. The land is like a character in the novel. Ba, born in America, loves it. Sam loves it too. Lucy fears it and Ma distrusts it, but each is shaped in some way. 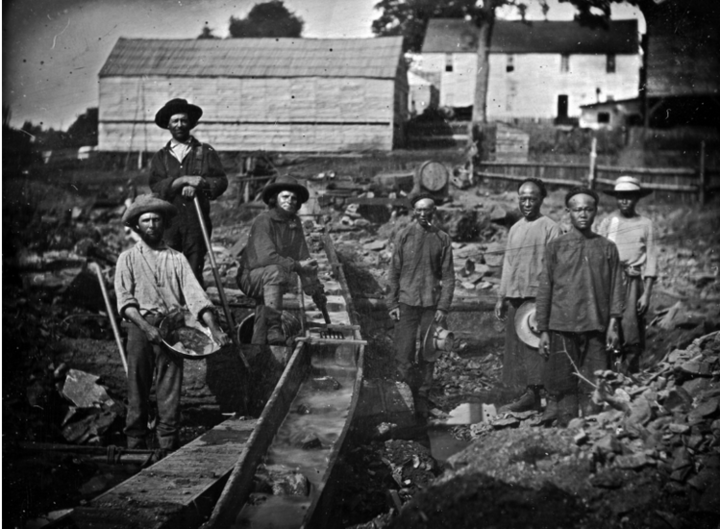 “....this land they live in is a land of missing things. A land stripped of its gold, its rivers, its buffalo, its Indians, its tigers, its jackals, its birds and its green and its living....Easier by far to read the history that Teacher Leigh teaches, those names and dates orderly as bricks, stacked to build a civilization.”

What starts as a quest – albeit a grimly funny one with Lucy and Sam dragging Ba’s rotting body around – becomes a family story. In four sections, Zhang explores the family’s trauma; the grief of the children over the loss of Ba and Ma, the violence of the gold field jackals, the exploitation of workers brought over to build the railways, sexual brutality, the choices made to survive or grow.

At the heart of the novel are the opposites of Sam and Lucy. Lucy wants to find security in the towns springing up; Sam turns away from them to wander. Lucy wants to assimilate; Sam wants to challenge. Lucy is a girl; Sam is determined not to be. The novel builds towards the question of how – or whether - each will find a way to live in America.

The one section which unfolds differently is the story of Ba. An orphan, born on the trail, his Chinese parents dead, he only knows his American life. His ghost whispers his story into Lucy’s ear as she sleeps, like a wind, or a restless spirit not buried properly. It fleshes out his story in ways that remind us how little children really understand their parents’ choices. 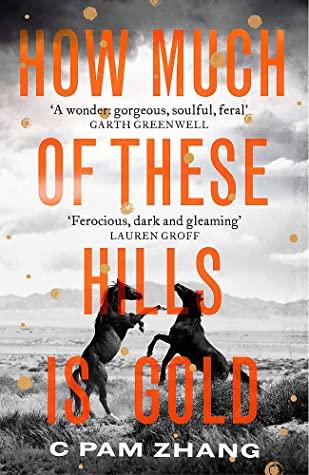 Zhang’s novel has been widely acclaimed since its release. It has an epic quality, almost like a fable. But it also keeps the reader off-kilter.

The novel seems to be set in a specific time – the American gold rush, but Zhang removes dates so it could be happening any time, including now. Immigrants are wanted as cheap labour, but not as people. The well-off are immensely rich, others dirt poor – at one point the family lives in a hen house. California is a place of fires and floods, the land degraded.

Zhang has spoken of writing the novel while listening to tapes of thunderstorms on loop. And the novel feels similar, like there is some heavy disturbance just out of frame.

The writing can be very direct and earthy in one sentence but then circle on itself the next. So, it constantly seems to be unfolding between fable and realism.

“Rain’s coming in the way Ba was and was not coming; a far-off, brooding cloud. While Sam sleeps, the wind blows loud enough to keep Lucy awake. A wind unlike the daytime wind, a wind like a voice, low and blustering through the grass. Aaa, the wind says.”

Zhang has told interviewers how her partner reads Western novels and there are familiar elements. Cowboys and gimlet-eyed men with guns in saloons; whorehouses, assassins, drought, floods, cattle, gold, and wagon trails.

Like the best Westerns, everyone seems to be in transit to somewhere else. Moving to where the gold is. Or to safety. Or further along the trail. Travelling from the East or across the sea from China.

But this is a story looking at the journey from a different angle. There are Chinese rites, words and a constant feeling of the family being ostracised in America, cut out of the picture. At one point, Lucy in San Francisco hears the click of a photograph taken of the great and good to celebrate the completion of a railway.

It is a photo which will show none of the Chinese workers who laboured to build it. Zhang has written them back in.