RNZ Music is proud to present the new music video for 'Rutu' by Dudley Benson. It's the second single from his album Zealandia, which is out this Friday, August 10. Dudley shares the story of how the 'Rutu' video came into being.

Dudley: A few years ago I spent six weeks in a pine-filled town called Naseby in Central Otago, as the Department of Conservation artist-in-residence. Naseby was once a heaving gold-mining settlement at the end of the road, but now has a permanent population of around 100. Apart from the lovely Japanese store keeper, who daily asked me what she was doing in this place, I found that people generally kept to themselves.

Eventually an elderly couple kind of took me in. Molly cooked us dinner, while Russell tested his barrels of fruit wine on me. He told me about his days in the 1960s as a conductor of the hugely popular Joe Brown’s Dance Band, a weekly dance night at the Dunedin Town Hall that was broadcast live-to-air across New Zealand, while people at home jitterbugged in their living rooms. 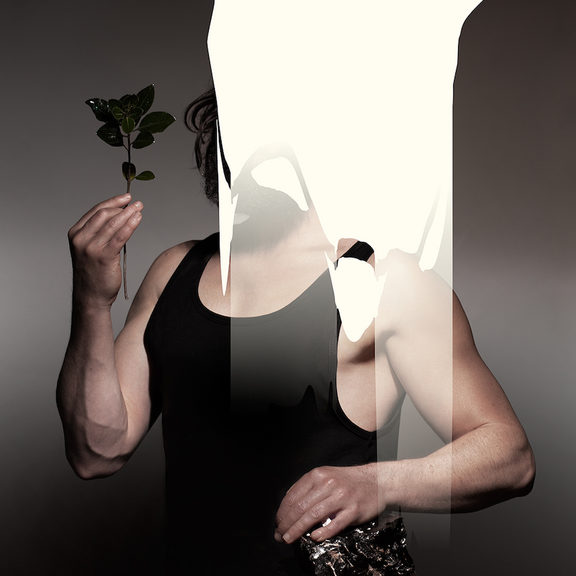 One evening towards the end of my time in Naseby, Russell invited me over, promising a show of some kind. After dinner we went into this enormous empty room on the ground floor of the house, with 70s patterned wallpaper and khaki carpet. There were two projectors set up with a tape deck, and a screen. Russell turned off the lights, pressed a few buttons, and I experienced one of the most mesmirising things I’ve ever seen.

For the next twenty minutes, flowers, leaves, and colours dissolved into each other, all perfectly timed to an orchestral piece on well-worn cassette, I think by Handel. Russell had spent decades taking macro photographs of nature, transferring them to slides, and melding them into this moving experience.

That evening stayed with me, so two years later I asked Russell if I could film his slideshow, in the hope to one day partner it with new music of my own.

Aside from reducing it down and making a few small changes to the edit here and there, I’ve tried to keep the integrity of Russell’s life-long work intact. Russell has since died, but I’m so proud to share this in its new form, as Rutu.

'Rutu' is from Dudley Benson's forthcoming album Zealandia, which is out on Friday, August 10. Watch the video for single 'Zealandia' here and read more about the making of Zealandia at the Spinoff.