A key witness who gave evidence at the trial against Gail Maney and Stephen Stone in return for immunity from prosecution says he hired a hypnotist to help him remember where he buried the body of their alleged murder victim.

The witness, whose name is permanently suppressed by the courts, has spoken publicly for the first time in the true crime podcast series Gone Fishing - a joint production between Stuff and RNZ.

In the podcast, he’s given the pseudonym Martin to protect his identity. He said he had suppressed the memory of the 1989 murders of Leah Stephens and Deane Fuller-Sandys in the days after it happened.

“I honestly thought I had no knowledge of the events … It was just something that I could not cope with - my mind could not handle it,” he said.

Martin, along with another witness “Neil”, admitted to being among the eight people in the garage of a home in Larnoch Road, Henderson in West Auckland where Deane Fuller-Sandys is said to have been shot. He, along with another witness, helped bury Fuller-Sandys’ body in dense bush somewhere in West Auckland. Two other men, Colin Maney and Mark Henriksen also helped and were convicted for disposing of the body. The body has never been found.

Five days after Fuller-Sandys disappeared, Martin and the other witness - Neil - were present for the rape and murder of Leah Stephens. She was apparently killed because she threatened to go to police about Fuller-Sandys’ death. After her murder, Martin and Neil dumped her body in the forest in Muriwai.

Her skeletal remains were found three years later, in 1992, and although Martin was questioned by police at the time, he was not charged. When the case was brought to light again in the late 90s, he gave evidence against Stephen Stone and Gail Maney in return for immunity from prosecution. He was also given a new identity under the witness protection scheme. 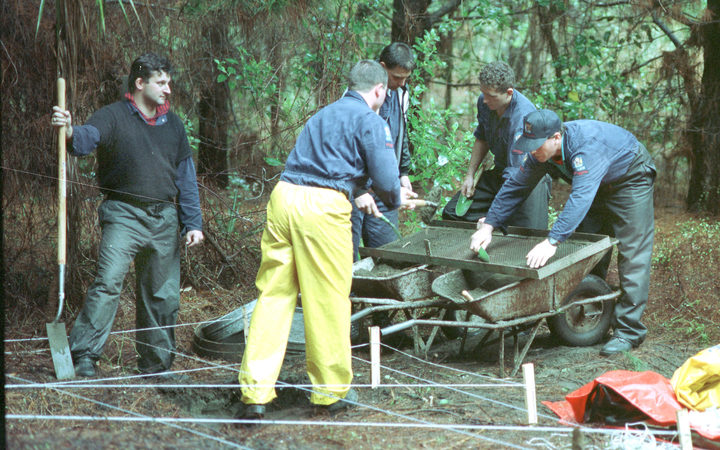 Maney denies she knew Martin and has maintained she never ordered a hit on Fuller-Sandys.

Doubts over Martin’s testimony have been raised in the podcast, Gone Fishing, but Martin said the evidence he gave in court was true.

In a text message, he said:  “Gail is either mistaken or lying about meeting me and believe me they are both guilty. My honest opinion is she is trying to take the government for compensation.

“Nothing good has ever come from me knowing any of these people and I don’t wish to antagonise them or disrupt my future.”

In an earlier phone conversation, Martin said the crimes were something he’d tried to forget. In fact, he claimed to have suppressed so much of what happened he can’t remember where he buried Fuller-Sandys’ body.

“Last year I even got myself hypnotised to try and help the Fuller-Sandys family find Deane.”

Martin said that a few years ago, Deane Fuller-Sandys’ brother Wayne spotted him at a wholesale car warehouse in Mt Wellington and confronted him - which spurred him to go to the hypnotist. He said he had not told anyone about being hypnotised. 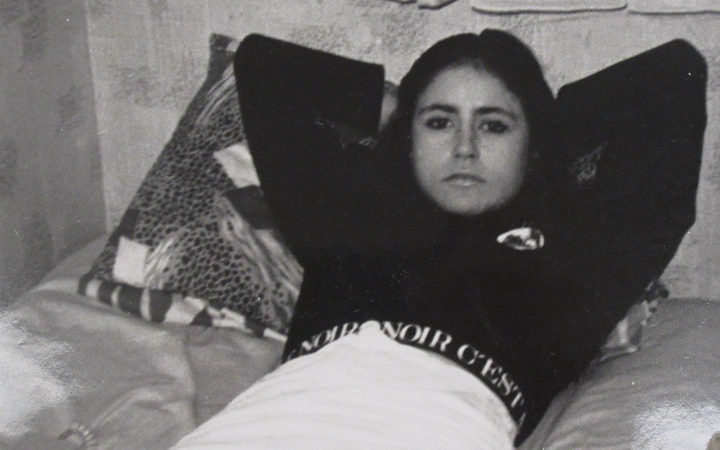 Leah Stephens was murdered in 1989 by Stephen Stone and her body was later found at Muriwai in June 1992. Photo: Supplied

“That family can’t have any closure so I tried to do that, but I wasn’t any more successful than I have been in the past. It’s a tough thing, it happened at night time, it happened in an area that I don’t know intimately. It’s bush, it’s really hard to pin down a location.”

He added that after giving evidence, he was offered counselling by police but wasn’t given help.

“I paid for my own, but when I went overseas I never really dealt with things so in the past couple of years I’ve actually been to a lot more to try and get some closure.

“As I say, I went to the hypnotists during that period to try and get that piece of the puzzle … but unfortunately I couldn’t get any real closure there.”

Martin said he had “a lot of time and respect” for the officers investigating the case who dealt with him - former detective inspector Mark Franklin, and Detective Gary Davey - who is still a police officer.

“I swore black and blue that I had no knowledge of it, until basically my mind got to a point where it snapped and went back to that time and place.”

Doubts over Martin’s evidence were raised after he failed to remember the crimes during repeated questioning by police during the investigation. However, at one point he spent half an hour alone with the officer in charge of the case, former detective inspector Mark Franklin. The details of what happened during that half hour is undocumented.

But after that half hour, Martin went back on the record to say he remembered both crimes - which helped the police tie the two cases together.

The handling of the investigation in the case against Maney and Stone, and in particular Martin’s evidence, was the subject of an internal police investigation. Police would not reveal the parameters or the outcome of that investigation.

Read more about the case, watch extended video interviews and keep track of the case with a summary of the characters, a timeline and map.

You can also subscribe to the full eight-part Gone Fishing series at Apple Podcasts, Spotify, Stitcher or any other podcast app. Or, you can go to the RNZ homepage and click on Podcasts.