Fairies at the bottom of the garden 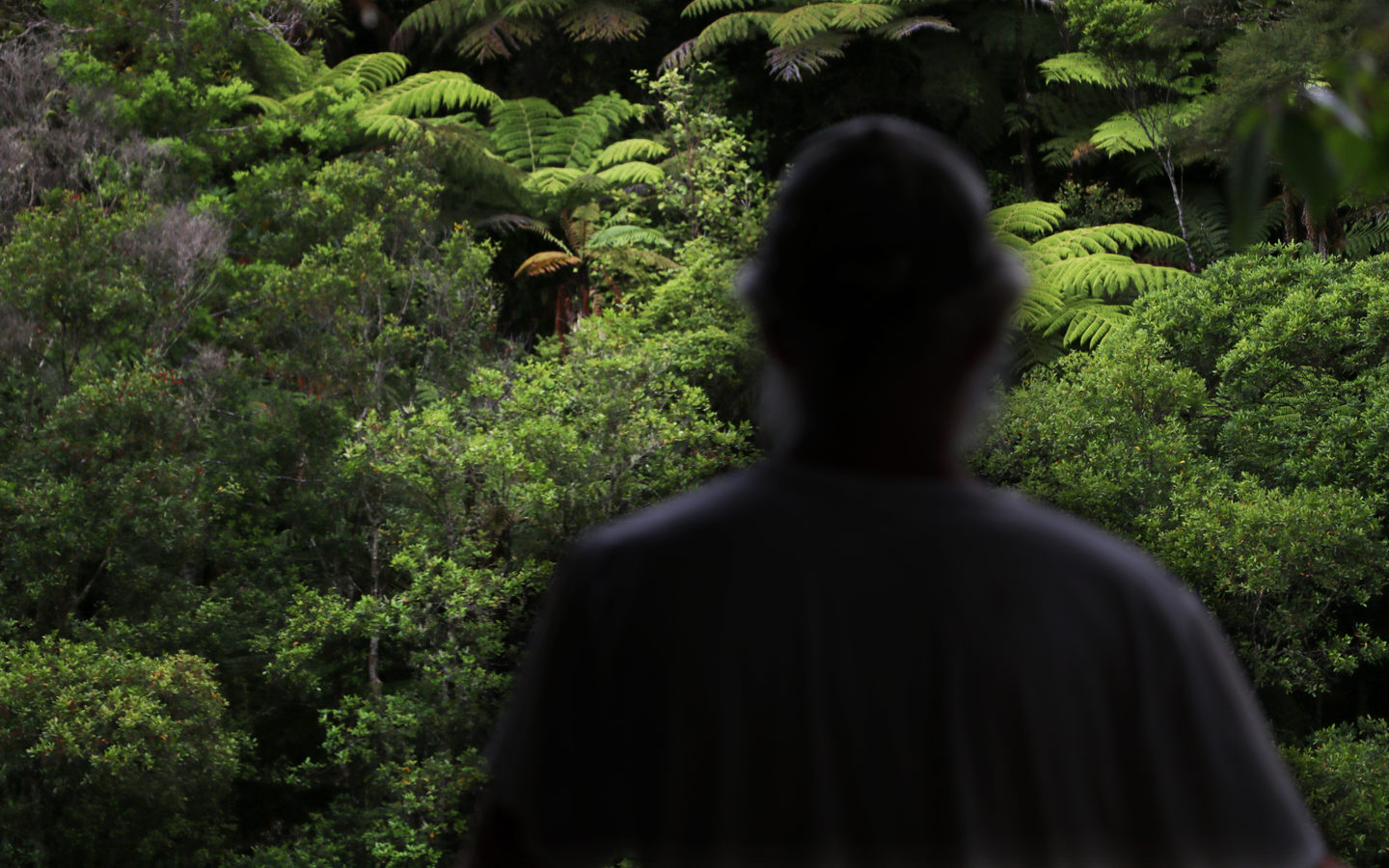 Over 25 years, Paul’s lost cannabis harvests to droughts, to storms, to marauding possums who’ve chomped their way through half his plants, and to police.

The trek in to tend his crop, hidden deep in remote bush, is tough and dangerous, through terrain that is not far off vertical at times. One slip and a rescue chopper wouldn’t be able to carry you out.

The effort and risk is not for the benefit of anyone wanting to get stoned, though he’s partial to the mind-altering properties of marijuana himself.

Instead, Paul’s customers are patients: people suffering from rheumatoid arthritis, other chronic pain, seizures, the side effects of chemotherapy, and anyone else who’s heard that his balm and oil might help them.

Paul is a green fairy, a medicine man, a compassionate supplier or - in the latest politically palatable terms - ‘a provider of alternative medicines’.

What he does is in no way legal.

And in the last six months, at least five suppliers of medicinal cannabis products, doing similar things to Paul, have been arrested.

Their combined apprehensions have cut off the regular supply to hundreds of people who either can’t get relief from traditional medication or are using it to supplement other treatment.

As part of the Labour-led government’s plan for its first 100 days in office, legislation is due to be introduced to Parliament next week that aims to make medicinal cannabis available “for people with terminal illnesses or in chronic pain”.

But the well-established cottage industry that already exists intends to carry on behaving as it’s always done, regardless of the shape any new law takes. 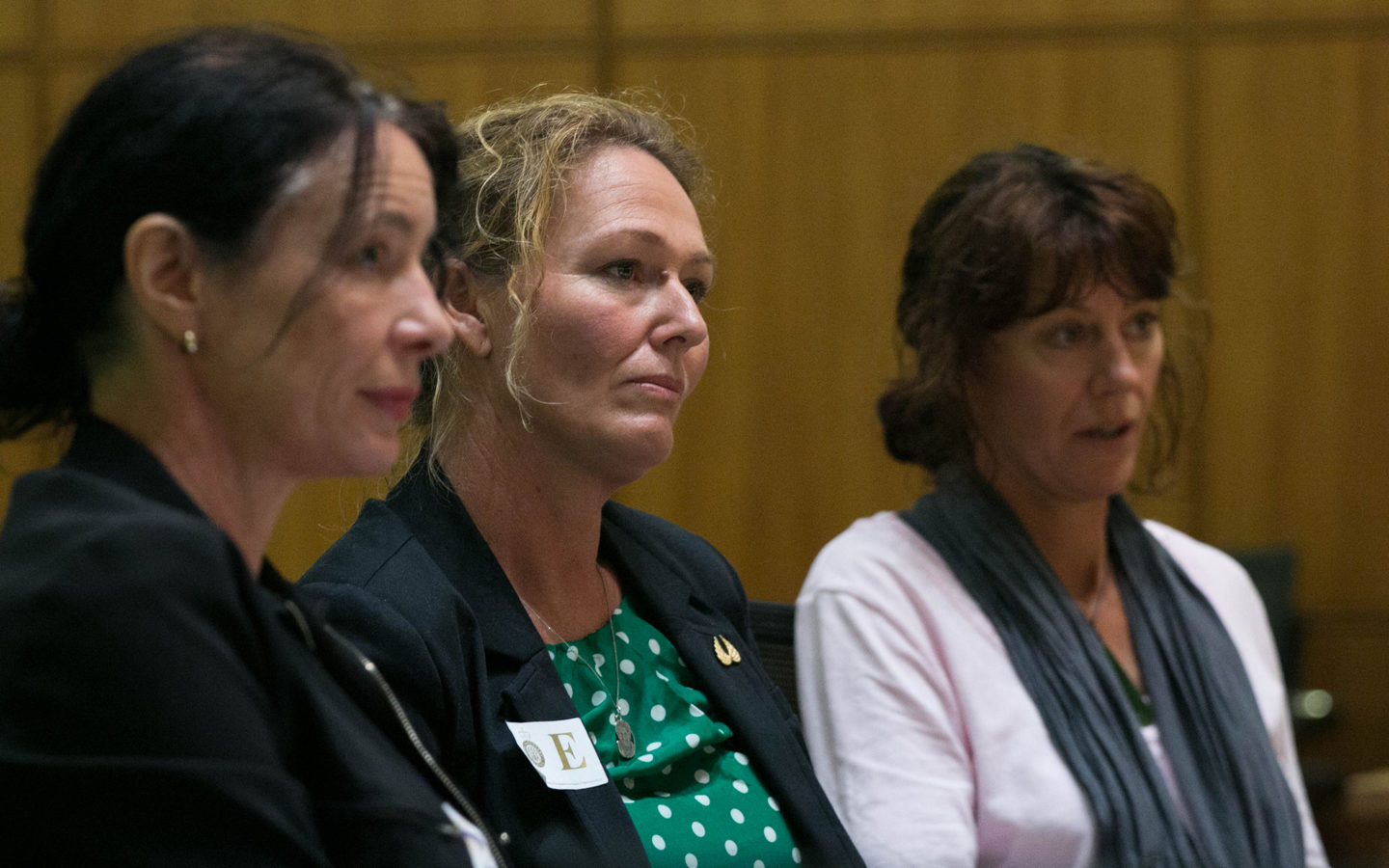 The recent spate of arrests has been “a complete disaster” for the patients who were using the products, Nelson lawyer Sue Grey says.

“People are suicidal because their product, their pain relief has been taken away.”

With barely a handful of cannabis-derived products legally available in New Zealand - and all of them at huge cost - green fairies fill a “massive gap”, she says.

“But with them pretty much out of action, it’s either an open slather for the real black market who are not so altruistic, or people have been forced to go back to opioids and other pharmaceuticals with all the side effects of those.”

She has three compassionate suppliers on her books at the moment: John Patrick, who was arrested in Greymouth in October, medicinal cannabis activist Rose Renton, and a Christchurch man - all busted within the last six months.

Medicinal cannabis is “right on the interface”, Grey says.

She has no doubt her clients and other green fairies act with good intentions - accepting mostly koha and often giving their products away for free.

“[They’ve] found a product that helps people and … and if you know that something can provide so much benefit to so many people, it’s very difficult to not do it,” Grey says.

“And so you’re torn between the law on one hand, and the ethics on the other hand.”

Like all the green fairies RNZ spoke to for this story, Paul’s first patient was himself.

He was already growing cannabis when someone showed him how to make it into a balm to treat his back pain and migraines.

Pleased with the results, he tried it on friends “and it snowballed from there”.

More people have sought him out as interest in and awareness of medicinal cannabis has grown.

“At the moment I’m having to turn people away, which is a very difficult thing to do, especially when people are just begging for help,” he says.

He has about 80 people on his books and treats another 30-odd indirectly with two products - one a balm containing a blend of cannabidiol (CBD) and THC; the other an oil with a high proportion of CBD.

The two chemicals are among 80 to 100 different cannabinoids found in the raw plant. While THC is the chemical responsible for cannabis’ psychoactive properties, CBD has no such side effects.

“No serious adverse events from its use have been reported. Current research indicates that CBD could have therapeutic applications” - expert advisory committee of drugs, briefing paper to the Ministry of Health, 2016 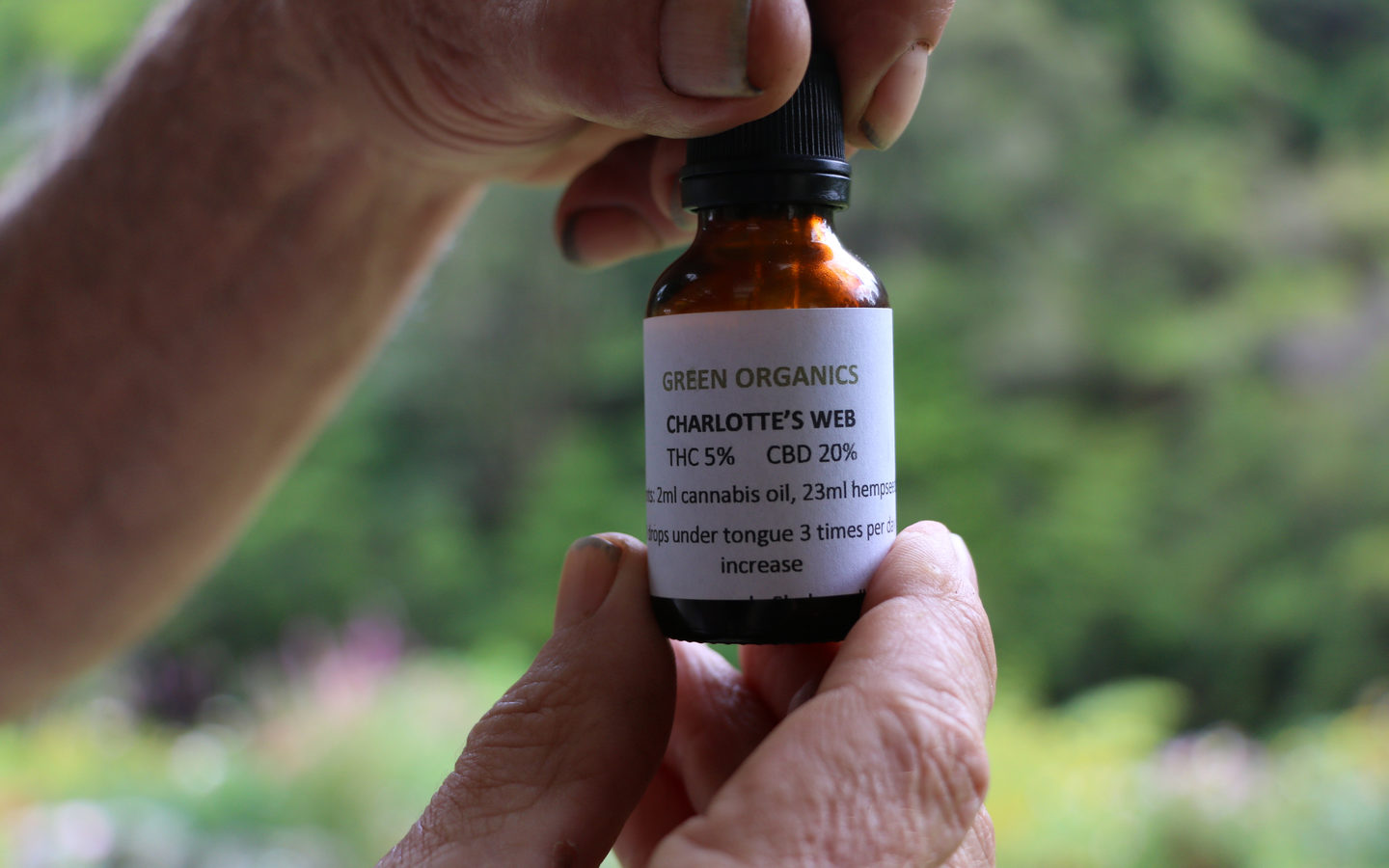 Cannabis products with a high cannabidiol (CBD) content can be used without the psychoactive effects normally associated with marijuana Photo: RNZ / Kate Newton

There’s good evidence it helps with multiple sclerosis symptoms, its pain relief effects have been backed up by several studies, while other double-blind trials have concluded that childhood epilepsy and seizures also seem to respond to CBD.

Animal trials - which are not necessarily any indication that the results will be repeated for humans - found that some cannabinoids had anti-tumour properties.

The research is helpful, Paul says. It converts sceptical patients and doctors. It makes it more palatable to the public.

But for him, the evidence that matters is what he sees.

In his search for the most effective blend, Paul estimates he’s spent about $2000 importing seeds of medicinal cannabis strains.

Last year, he began his own breeding programme to see if he could create a medicinal strain specifically suited to New Zealand conditions.

“I’m passionate about growing cannabis - I love it. It’s just a plant that totally fascinates me.”

That fascination, combined with the obligation he feels to help those who seek him out, has seen him busted before, and sent to prison at least once.

Being arrested was “more inconvenient than anything else”.

After a while the buzzing of the police helicopter, which still makes regular passes over the property, can get annoying. Once, he mooned it.

He tries not to worry when other green fairies get busted.

“The job I’m doing has to be done regardless of the law.

“I get probably more pissed off that it’s happening, because the law can use their discretion, supposedly so, but they don’t seem to be doing it.” 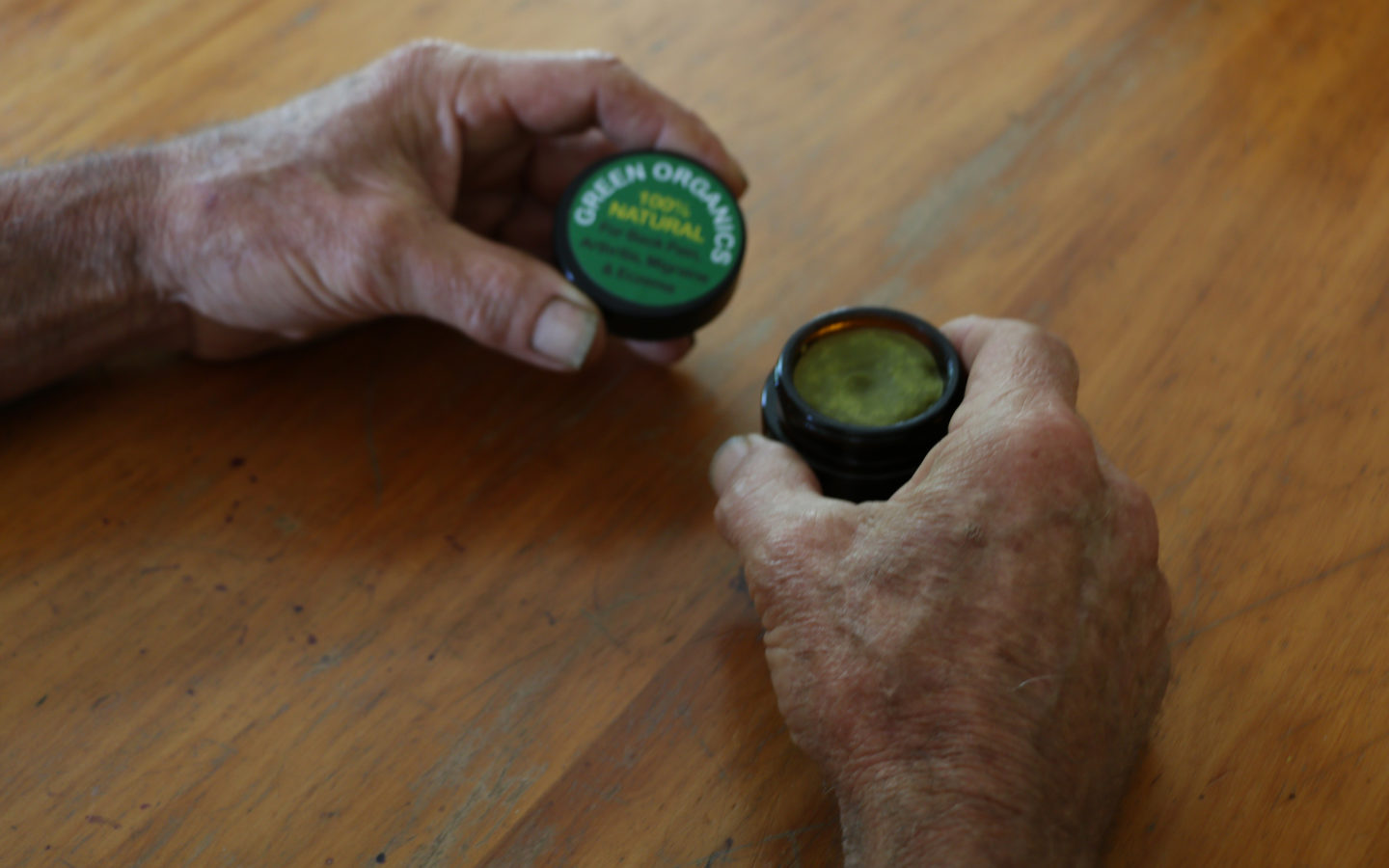 But the arrests have frightened other compassionate suppliers.

Traci Wood has jumped out of planes during her time in the US military, worked as a diesel mechanic and generally put her body “through the wringer”, but her voice gets thick with tears when she talks about the arrest of her friend John Patrick.

As far as she knows, Patrick’s crop and entire operation was destroyed or seized.

“Each area has a green fairy somewhere and we’re all doing what we can … but we can only do so much because we all have our own people to look after.”

She’s come to Auckland to visit patient and advocate Pearl Schomburg, to see what help they can offer their friend Joan Cowie, who has lung cancer and spinal tumours. Cowie was using Patrick’s products - which were also used by union leader Helen Kelly prior to her death in 2016 - and has deteriorated so much since his arrest that she’s gone into hospice care.

They had hoped for a swift law change from the new government but know now that won’t happen in time for Cowie.

Not that the law matters, Wood says.

“Whether the local stuff becomes legal or not, we’re going to continue to do what we do.” 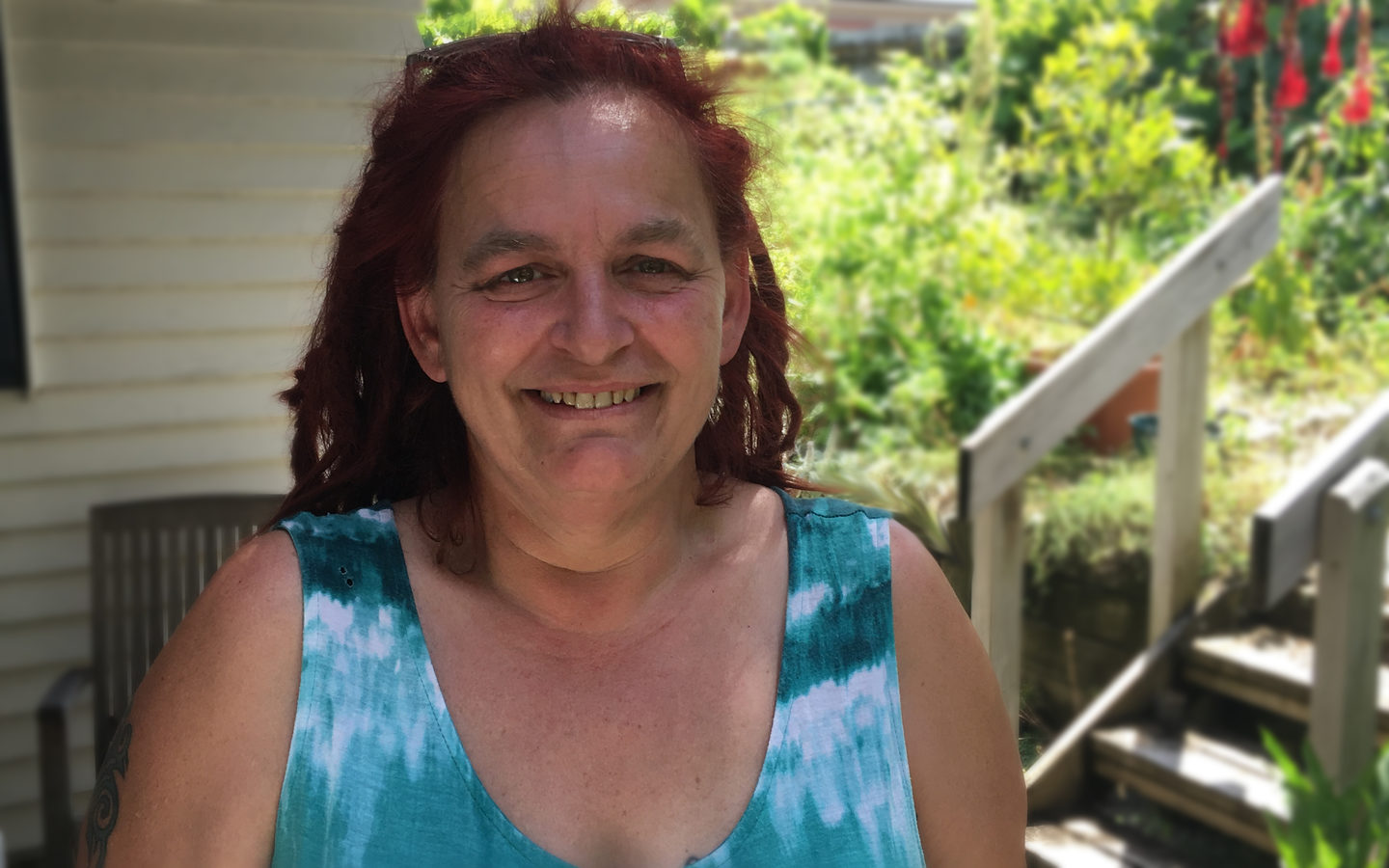 “[They’re] the modern-day Robin Hoods, because they are risking a lot to help people who are just poorly serviced by the legal options.”

Because many medicinal cannabis products are concentrated preparations - balms and oils, most often - they’re counted as class B drugs, whereas the raw plant is class C.

That has “huge implications” for those who are prosecuted, Mr Le Brun says.

The maximum prison sentences for class B drug offences are generally double those meted out for class C offences. Supplying or manufacturing a class B drug attracts a maximum sentence of 14 years’ imprisonment, where class C carries a maximum of eight years.

That’s despite medicinal cannabis being “the polar opposite” of the recreational variety, he says.

“The products that they were mainly dealing with, if you were to supply them to a gang for them to sell for recreational purposes, they’d probably come and pay you a visit with some weapons, because the stuff they were selling had no abuse potential.” 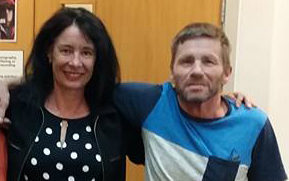 John Patrick (right), with lawyer Sue Grey, was arrested in October and will face a jury trial some time next year Photo: Supplied / Facebook

That argument will form part of the defence case for John Patrick, who has pleaded not guilty and is now awaiting a jury trial.

Sue Grey says, yes, he doesn’t deny manufacturing the products, but that CBD - which was the key ingredient in his balm - is not covered by the Misuse of Drugs Act, because it has no known harmful effects and therefore should not be scheduled as an illegal drug.

“The police have agreed to test the products for CBD content and THC content, and the expectation is that they’re going to be very high in CBD and very low in THC,” she says.

“Assuming the results verify that … we may well be able to have a legal argument.”

She isn’t sure whether the recent arrests are linked in any way, and has an outstanding official information request with the Commissioner of Police to find out what the current police approach is towards cultivators of medicinal cannabis.

Police refused to be interviewed on the topic, saying in a written statement that their approach to cannabis “has not changed”.

“Police do not have the legal prerogative to give a blanket ‘amnesty’ on certain crime types, however, police officers have discretion on how they deal with a range of matters, which includes cannabis offences, on a case-by-case basis,” the statement said.

That could begin to change from next week, when the Government’s bill is introduced to Parliament.

Health Minister David Clark’s office would not say exactly what form the legislation will take - whether it will focus on the pharmaceutical-grade or near-pharmaceutical products that are being produced overseas, or if it will contain allowances for local compassionate suppliers.

The existing green fairy network is keen to come out from the shadows, Grey says.

“The strong request … is let New Zealand develop its own products, don’t limit it to just pharmaceutical products.”

Canada’s model, which allows prescriptions to be written for a certain amount of cannabis, in whatever form the patient likes, could work well here, she says.

“They basically turned a blind eye to [the] cottage industry… Much like you can buy a vitamin C capsule or an iron pill or whatever in the supermarket, you can buy CBD capsules over there.”

“You could grant licences to small people who want to grow anything from 100 plants to 500 plants max.”

Instead of the rugged hike into the bush, which he’s afraid he won’t be able to do for much longer, he’d like to have the plantation a short stroll from his house. He’d rip out the fruit trees to do it, he says.

He’s optimistic that change will come, though perhaps not all at once.

“If you want to make progress you have to make compromises for starters.

“Once you’ve established a few rules and got your foot in the door …  it gives you something to work with - you can add a bit more here and a bit more there. With anything, it takes time.”