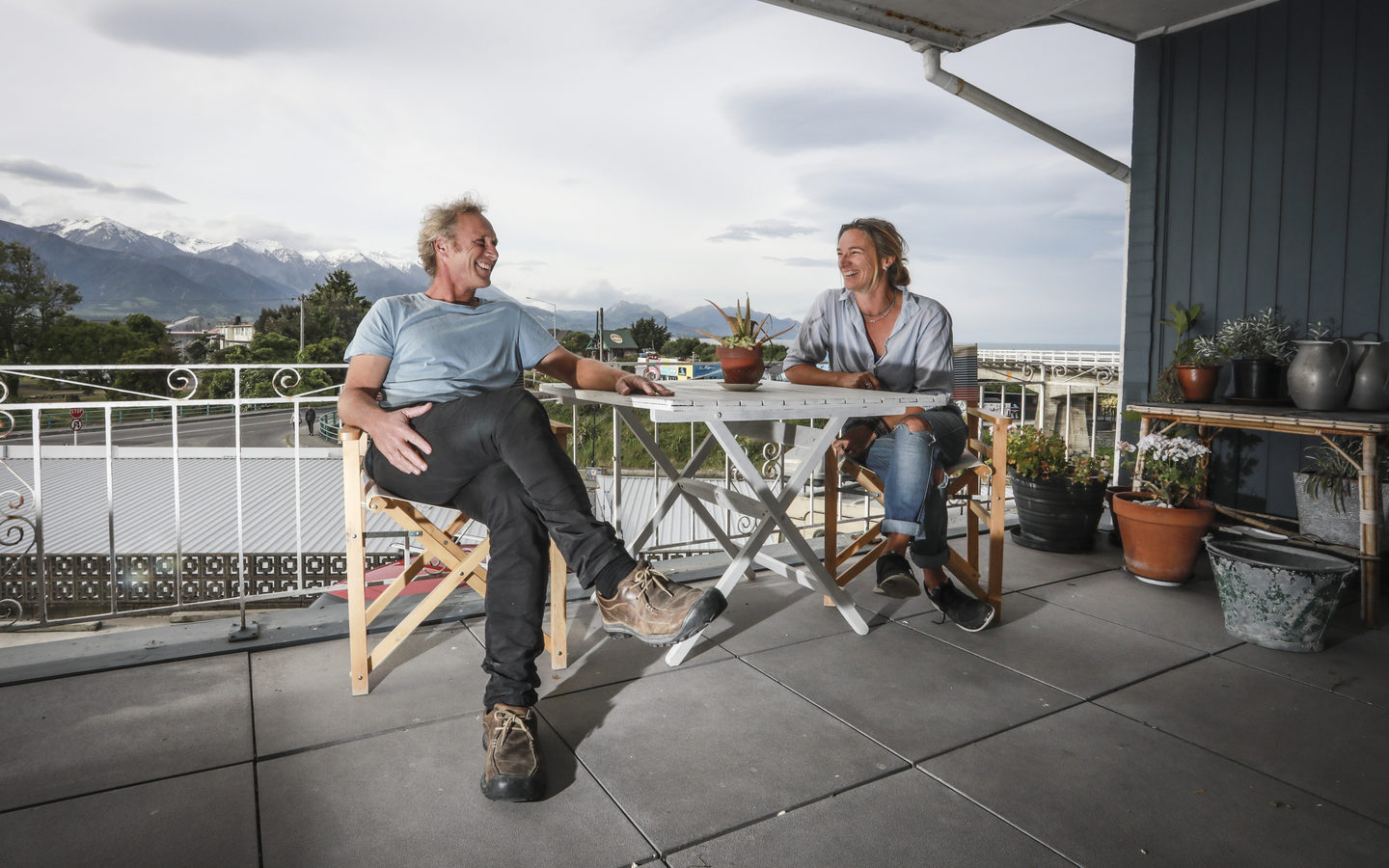 The Lidgard family were airlifted from their house near Ohau Point 11 days after the earthquake. A year later, they're yet to return.

The first time Chris Lidgard made it back home, weeks after the earthquake, he had a special mission: find the chickens.

As the insurance assessors who’d choppered him in pored over the damage to his family’s house - trapped between two of the largest slips north of Kaikōura - Mr Lidgard scouted round for his clucking fugitives.

“The helicopter pilot said, ‘I’m not very good at catching things like that,’ and I said, ‘You just hold the box'.”

Chickens safely stowed in the back of the helicopter - “they were pretty chilled” - Mr Lidgard headed back to Kaikōura.

It was another six weeks before he would return again. Altogether, Mr Lidgard - Kaikōura's dentist - his wife Annemarie, and their university-age children Jackson and Harriet have been back home just half a dozen times between them since the 14 November earthquake. 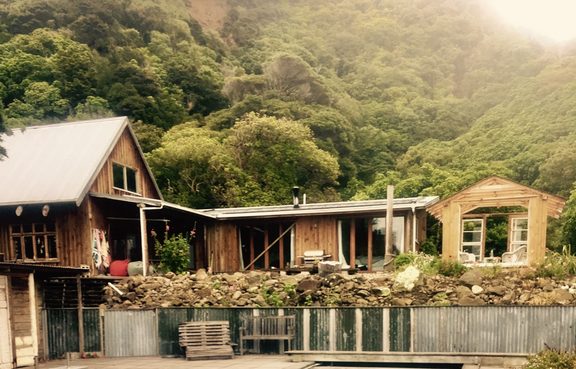 That night, as the earthquake built and built and built, Harriet and Jackson scrambled outside and stood screaming for their parents - who stayed in bed, petrified - to get out.

They could feel the ground heaving under their feet while water sloshed in the lap pool. The house, which Mr and Mrs Lidgard had built bit by bit over 20 years, now shuddered back and forth on its foundations.

When daylight came the family made a safe zone with bean bags and a low table, away from the house.

After 11 days in isolation they were plucked from the remote, off-grid Ohau property by a rescue helicopter, taking one bag of belongings each with them. They had no idea when they would be back.

For the last year, a small house in town that doubles as Mr Lidgard’s dental clinic has become the family’s temporary base.

The rescued chickens croon from a run at the back of the house. Art salvaged from the walls of the Ohau house on one of the infrequent trips back there hangs above displays of Oral B toothbrushes in the living room.

Relatives who came to stay recently slept in the examination room, alongside the padded dentist’s chair.

After early hopes that they might be back at Ohau within months, they’ve resigned themselves to at least another year in town.

“Nobody really imagined how bad [the road] was and how much there was to do,” Mrs Lidgard says.

Formerly a 20-minute drive, getting to the house now is a makeshift combination of boats, scrambling up narrow bush tracks, and a circuitous nine-hour driving route through the Lewis Pass and the Inland Road.

“We’re probably more realistic now about how long it will take to fix and we realise how much our infrastructure is broken as well,” she says.

Engineer’s reports and insurance assessments haven’t been finalised. “We have an inkling that a major part of the house is a rebuild or a very big repair.”

The house is now overgrown, the sheep have eaten everything, and the solar panels no longer work.

It’s weathered the year, though. 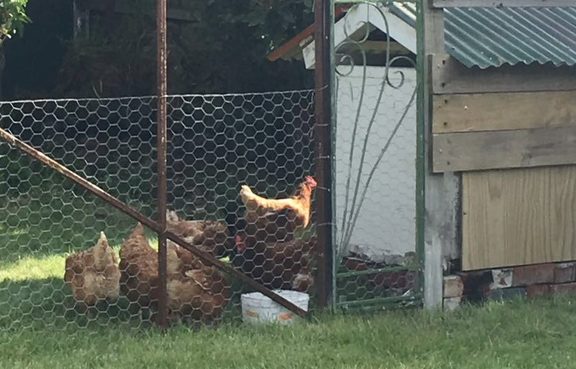 “Each time we’re amazed how well it is looking,” Mrs Lidgard says. “We go back and it doesn’t look derelict.”

The wait to return permanently, though, is “stretching on and on and on”, Mrs Lidgard says.

“That sense of frustration because we couldn’t get there [when] you hear our neighbours are re-fencing and getting the diggers in and sorting out their tracks, and you can’t do anything, can’t progress at all - it’s just going to sit there and do nothing.”

One night, to break the tedium of not knowing how or when they would get back home, they carried a table over the balcony and onto the railway overpass that runs by the dental clinic, set it with a tablecloth and wine glasses, and dined on top of the temporarily abandoned tracks.

The cafe they had opened just before the earthquake was at first a welcome distraction but after a few months proved to be overwhelming.

“We couldn’t deal with how big home was, run the cafe and keep doing the main income earner of running the dental centre,” Mrs Lidgard says.

They closed it up at the start of winter and fled to friends and family in the UK for nine weeks.

When they got back, to find there was still no easy access home, they considered leaving Kaikōura altogether; letting nature reclaim the house in the bush.

“We were feeling unsure until we got to go back home after we’d been away,” Mr Lidgard says.

After five months, standing there again with the new shoreline thrust from the sea in front of them and the hills at their back, they knew what they would do.

“It was like, this is a great place and we do want to put the effort into rebuilding it,” Mrs Lidgard says.

The balcony of the dental centre faces north towards the Kaikōura Ranges, which are still snowcapped in early November. A yellow smudge marks the top of the vast slip that separates the Lidgards from their home.

They plan to return slowly when the road re-opens - at first just for weekends, knowing there will still be frequent closures. The house will be repaired gradually, just as it was built. The marauding sheep will be reined in, and the chickens will be given their freedom. 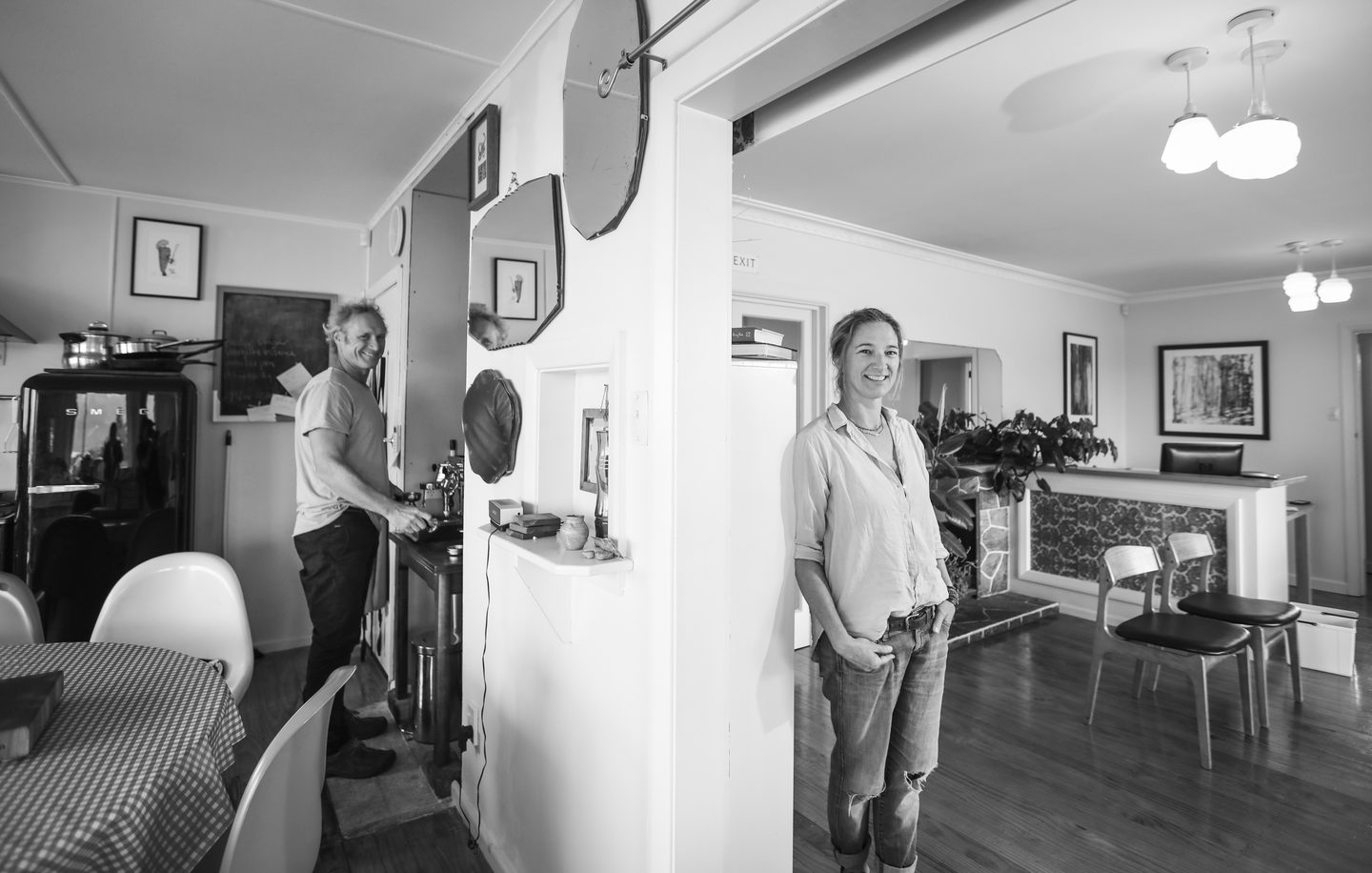 Chris and Annemarie Lidgard have made the Kaikōura dental centre their home for now ​ Photo: RNZ / Rebekah Parsons-King