One Year Done: A shot in the arm 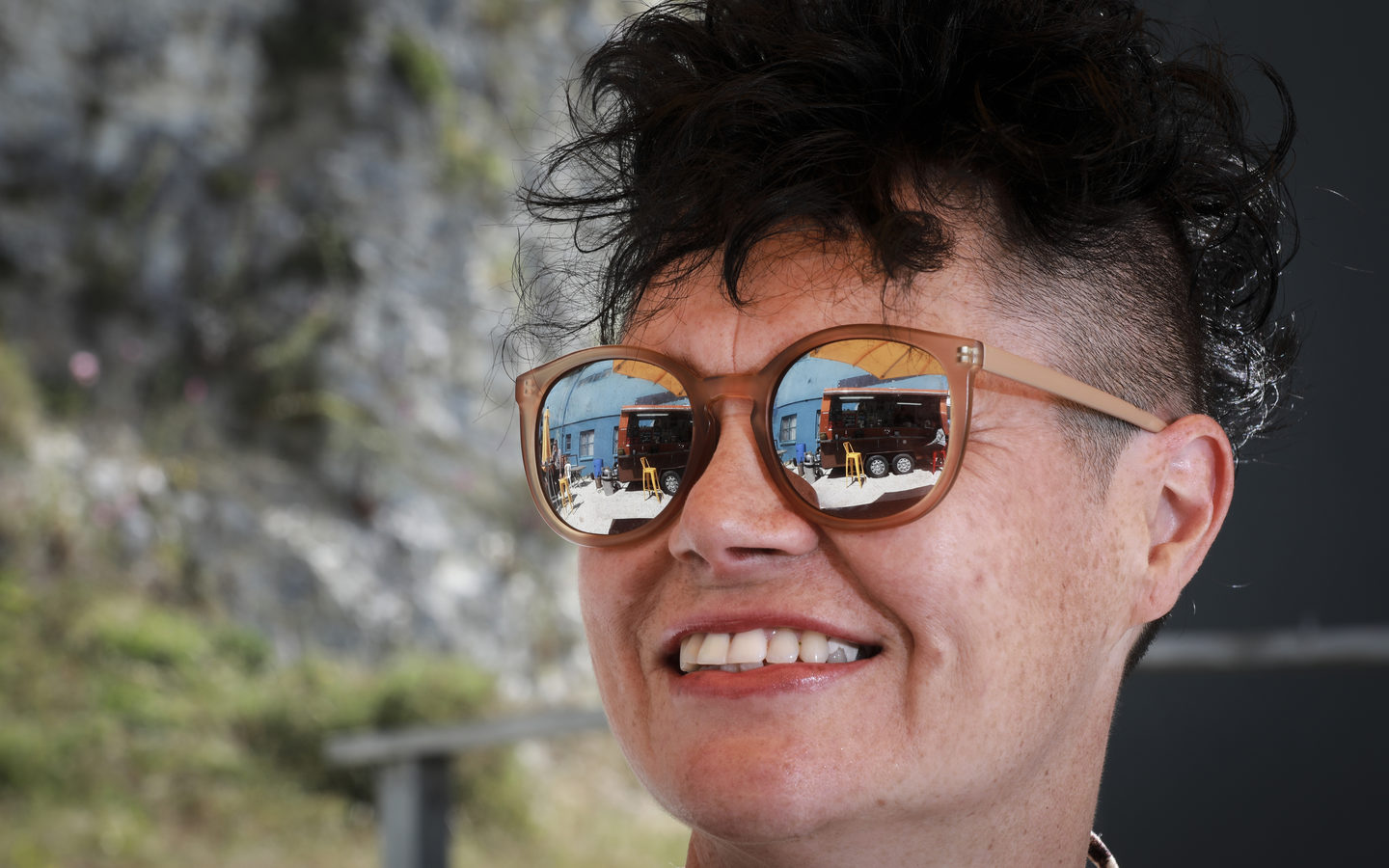 Through the long, tiring days that followed the Kaikōura quake, Shaz Rayner's coffee cart was a bright spot for everyone in town. A year later, not much has changed.

On the side of the Bean Me Up coffee cart, nearly unnoticed among the local artwork, the jars of biscuits, various skull-shaped paraphernalia, and a sculpture featuring two half-Barbie dolls spinning on a record turntable, is a small black frame.

Encased within the frame is a medallion, given to Shaz Rayner and her coffee cart offsider JP Roberts when the army finally upped sticks after the earthquake.

It might be the first award given in New Zealand for services to coffee, after the pair kept Kaikōura caffeinated through the long hours and days that immediately followed the quake. 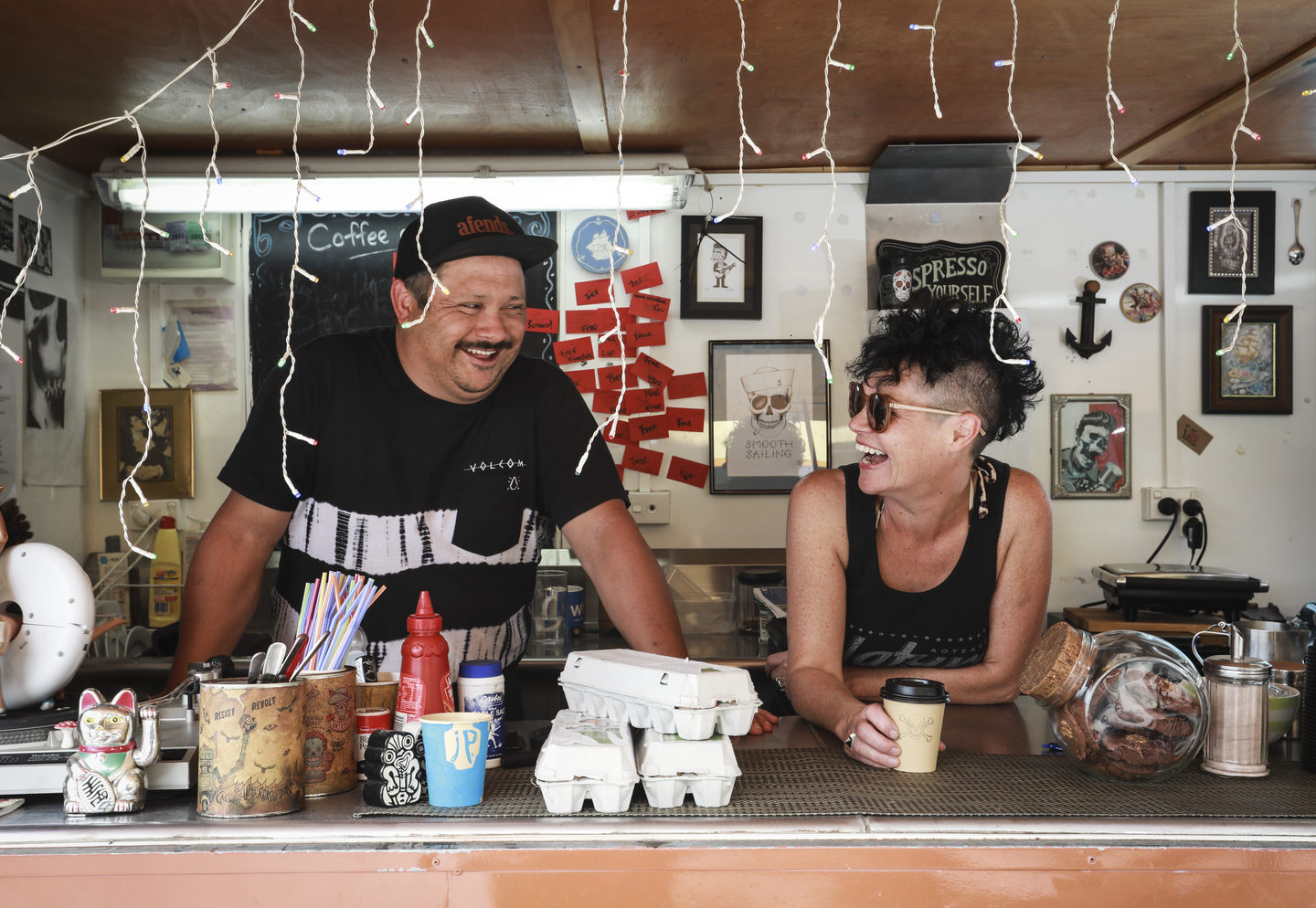 JP Roberts, left, and Shaz Rayner were given an award by the army for their services in the wake of the earthquake Photo: RNZ / Rebekah Parsons-King

“They brought that into us and said they were so grateful … and wanted to give us that little award - so that was pretty cool.”

Every day of the aftermath, from very early in the morning through to the afternoon, Rayner and Roberts made coffee for hundreds of people: locals, soldiers, journalists, Red Cross workers, trapped tourists.

They offered it for free - a service that was bolstered within days with donations of beans, milk and clean water - and the Bean Me Up cart became a social hub.

“People wanted to be somewhere, so it was like, far out, let’s get the coffee cart down there and open it up,” she says.

“They just wanted to talk and share and have a hug, cry, whatever they wanted to do - but you could gather round with a hot drink and just feel good that we were all there, could be somewhere.”

A year on, she’s proud of what the cart came to mean to people.

“We still get people coming in to say thank you.”

The influx of out-of-towners involved with rebuilding State Highway 1 has kept the cart busy all through the normally-quiet winter months.

It hasn’t been an easy year for Rayner though. The rental house she shared with three others made it through the quake mostly intact, only for Rayner and her flatmates to be given notice in August after their landlord decided he wanted to move in himself.

That same glut of workers keeping the coffee cart and other local businesses afloat has also increasingly put the squeeze on accommodation in town. Weekly rents have increased markedly and Rayner has heard of some landlords asking $1000 a week.

“I said [to the landlord], ‘Do you realise how hard it is in Kaikōura to get houses? This is pretty heart-wrenching.” 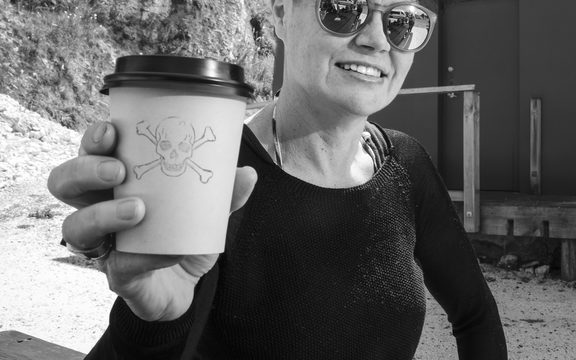 Rayner found herself begging for housing in her own town.

“We put it on the board down here at the coffee cart… It was really hard. I just felt so helpless.”

When a new house finally came through, Rayner took it on the spot.

“It’s that difficult - if you don’t take something straight away it’s just gone.”

Dozens of other people are in a similar position, she says.

“You hear of different ones every day, different stories you see on Facebook. I think there was about 30 people registered with the council as looking for accommodation.

For Rayner, the housing problem is a symptom of how the community has sometimes been sidelined by the all-consuming task of rebuilding the road.

But there are moments that give her hope.

“There’s so many [workers] that come in and talk that they do intend to settle here, or have settled here, with their families - so that side of it’s nice.”

There’s been talk of opening a local butchery, while others are attempting to get a market garden going on the fringes of town, she says.

The earthquake laid bare how reliant Kaikōura had become on tourism.

“My hope for Kaikōura is that it will become more sustainable and bring back some of the things that we have lost [to tourism] - like maybe having our own fresh vege stalls or vege shops. It would be awesome to have a fresh fish market.”

She has her “psychological moments’, but right now, sitting in the sun while Roberts holds the fort against locals baying for espresso, Rayner feels good.

“We can work together to build a better community.” 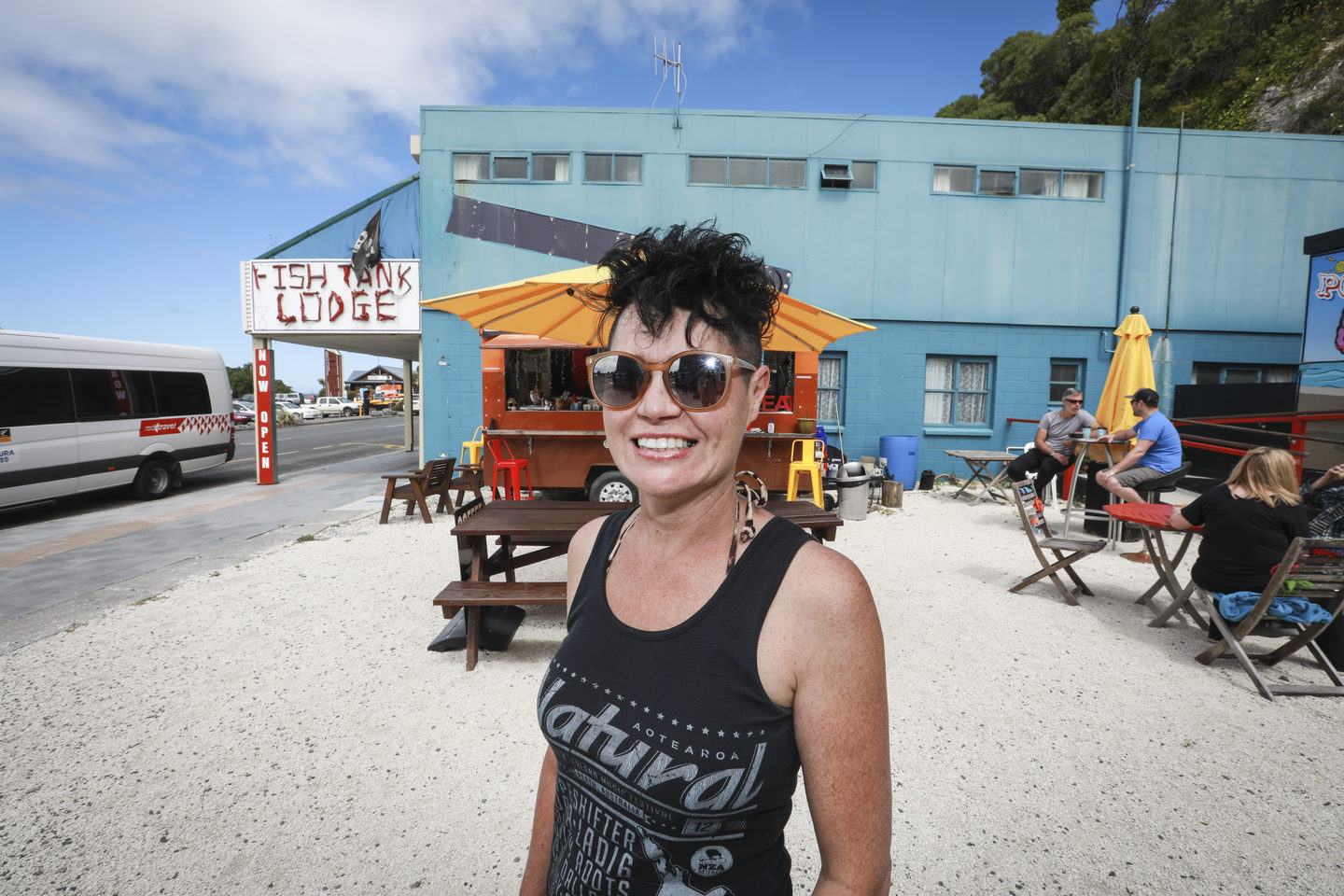 Rayner's memories of the earthquake are "still so vivid" Photo: RNZ / Rebekah Parsons-King

Main image: The Bean Me Up coffee cart is reflected in Shaz Rayner's sunglasses (RNZ/Rebekah Parsons-King)