What does the Election mean for Auckland?

A panel involving seven political parties discusses what the election means for Auckland in front of a live audience.

Candidates from the Opportunities Party, ACT and National are joined by their counterparts from New Zealand First, Labour, Greens and the Māori Party to explore the policies at play in this election. 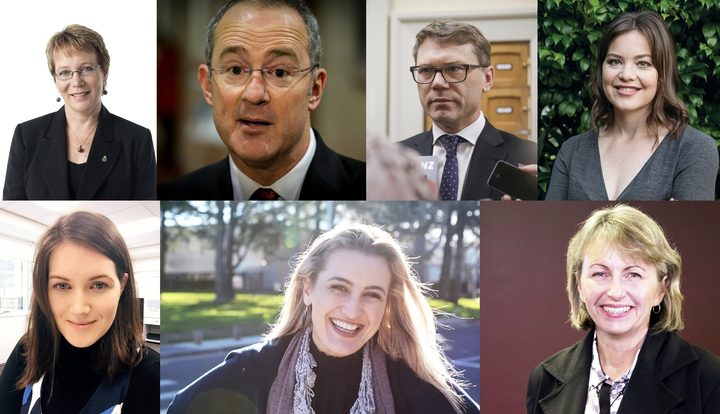 Transport is a significant topic in the discussion of the different parties’ policies.

Labour candidate Phil Twyford is very critical of the National government’s record in this area.

“Auckland has really been held back for the last six years or so by a National Government that has been dragging the chain. Steven Joyce in particular delayed the City Rail Link by six years.”

Twyford suggests that the government is now doing exactly the same thing with light rail to the airport and across the city. Why?

“I don’t think that National ever really got Auckland. They never really got what it means to be a city of scale. They don’t really understand public transport and the fact that, if you just keep building more motorways and adding lanes on, they magically somehow fill up with cars. How does that happen?”

What Labour would do according to Twyford is sign off on a thirty-year transport plan for Auckland, negotiated and backed by funding commitments.

He says the current government has been playing a game of cat and mouse with Auckland suggesting that the council sell assets like the airport shares or the port in order to fund the six billion dollar funding gap in the transport plan for the next ten years.

By contrast, he says, if Auckland council wants the government to, Labour will legislate a fuel tax which will allow Aucklanders to contribute to filling that six billion dollar gap.

Living in the mainly rural area of Rodney, New Zealand First candidate Tracey Martin is suspicious of National's intentions towards local government, and the way its actions have led in her view to a weakening of local democracy.

“It came out of the Super City,” she says. “The purpose of the Super City was to isolate assets so that they could try and sell them. They thought they would get John Banks as mayor to start with. And they’ve been stymied ever since then.”

National candidate Paul Goldsmith defends National’s record in building infrastructure, saying that the last eight or nine years of this government has seen the biggest investment in infrastructure including public transport since Julius Vogel back in the 19th century.

Clogged roads aren't, he argues, due to under-investment.

“It shouldn’t come as a surprise that the Southern Motorway, built in the 1960s, with two lanes each way, and the population has grown a little bit since then. And as a result, there’s some congestion.”

And yes, roads have been built, but public transport has been improved too. And the picture also includes the cycleways “we’ve been putting in at a great rate of knots.”

Goldsmith is quite positive about the relationship central government has had with Auckland City, citing as evidence a shared transport investment roadmap for the next 30 years.

“We’ve never had that in the past. There’s been a lot of goodwill and work between the Council and government. Working out what are the priorities and how we’re going to get there. That is a major, major advance for the city.”

This programme was recorded in association with the University of Auckland.