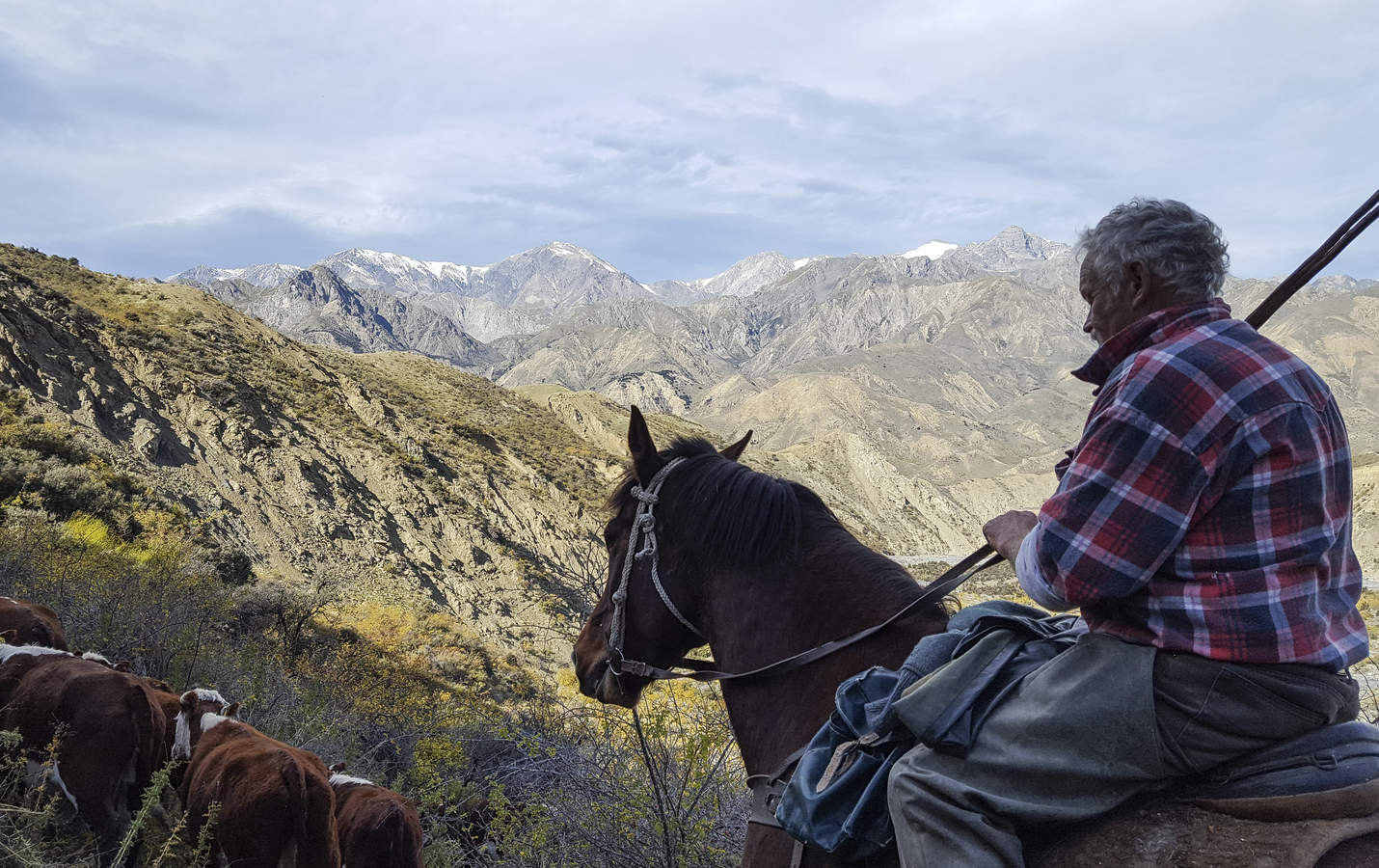 Stretching along both sides of the Clarence River and straddling the Clarence Fault, which runs between the seaward and inward Kaikōura Ranges, is Muzzle Station.

It's New Zealand's most isolated high country station, and when the Kaikōura earthquake struck, its most precariously placed.

It's also the home of managers Fiona and Guy Redfern, and when the 7.8 quake hit just past midnight on 14 November, the couple could hear the horrific sound of rock walls around the house tumbling down, and the house cracking with the movement.

"Like the end of the world," Fiona says. "We all thought we were going to die, it's just surreal and hard to imagine it now."

Now, six months on from that midnight chaos, the station has had its first calf weaning muster since the Kaikōura earthquake.

Guy says the earthquake has left its mark.

"A couple of huts were quite badly damaged, our workshop and stable had a big cob wall - that was completely ruined.

"And then a lot of slips, mainly track damage was a big thing that took us a lot of time and money to fix them."

Insurance is still being worked out, and since the earthquake the land has kept shifting, Mr Redfern says.

"The tracks are going to be ongoing for a few years because there is so much loose rock and things above. Every time it rains it keeps coming down."

The 18,000 hectare station was bought by Colin and Tina Nimmo in 1980 from the Murray family, who subdivided it off the original Bluff Station. It runs 5500 merino sheep and 2000 hereford cattle.

Three years ago the Nimmos moved closer to Kaikōura and handed the reins over to their youngest daughter Fiona Redfern and her husband Guy. 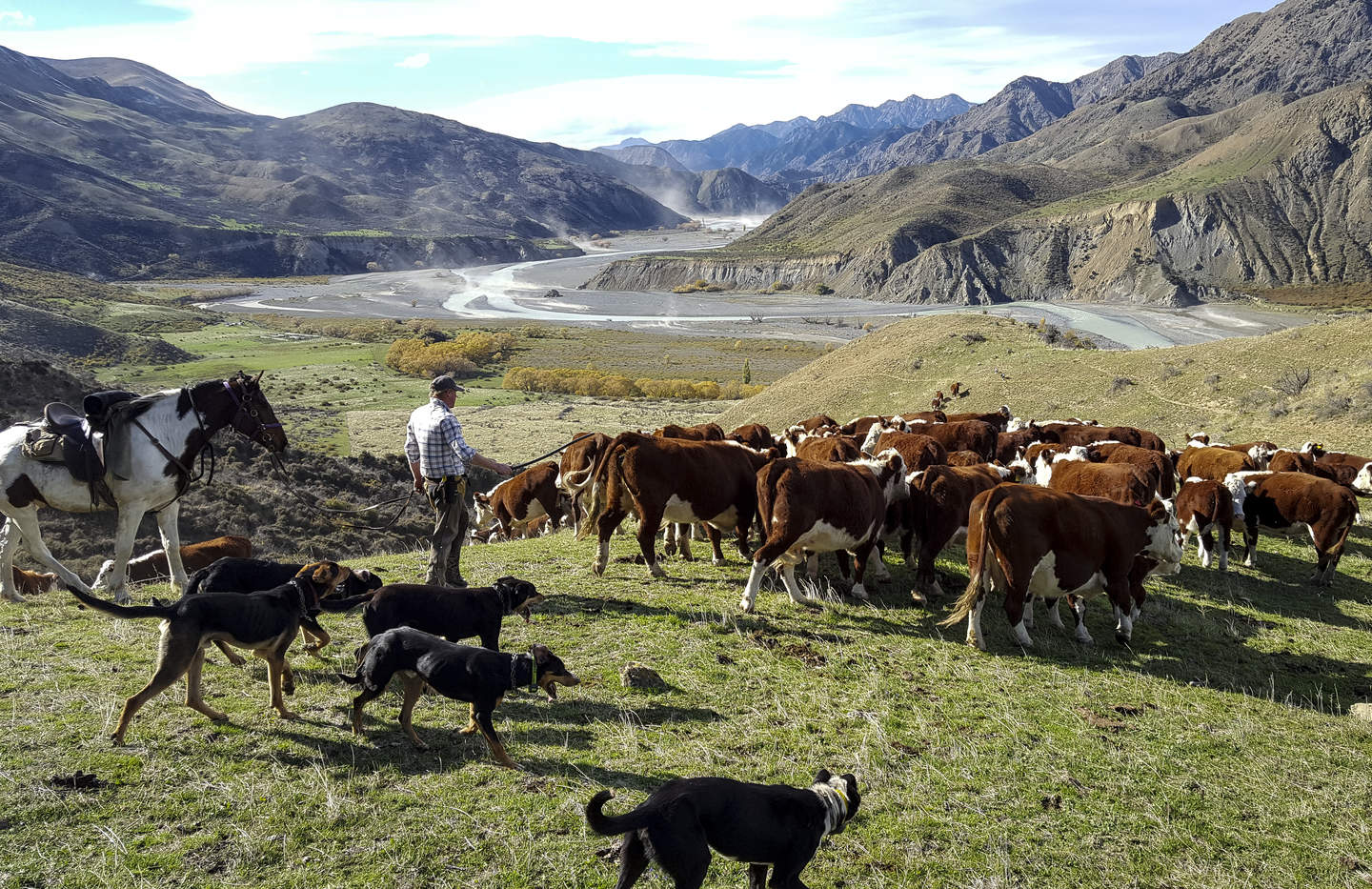 Guy Redfern pushing the cattle down to the yards by the Clarence River. Photo: RNZ / Alexa Cook

The annual cattle muster in autumn brings the 650 breeding cows and their calves down from the steep and craggy mountain sides and into the yards for weaning, TB and pregnancy testing.

It takes at least four days of riding to gather all the cattle and then another week of work in the yards before the calves and culled cows are shepherded the 25km back to the homestead.

From there the culled cows are walked all the way out to Kaikōura and sold to the freezing works.

Each year Mr Redfern has a team of locals with horses and dogs helping him out on the muster. 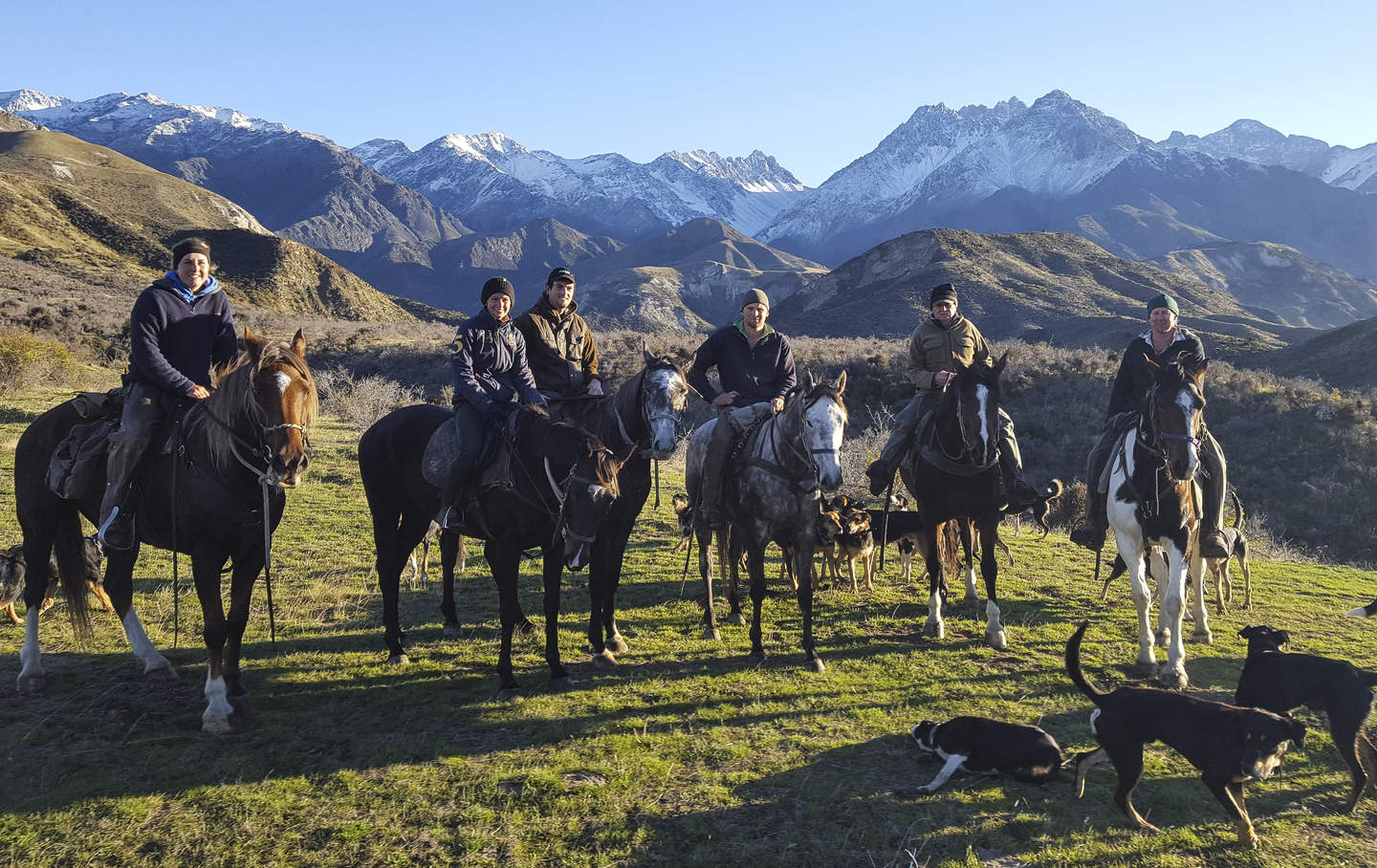 Some of the mustering is done with their Robinson 44 helicopter, but because of the fragile, steep landscape most of the work is on horseback or foot.

This year the muster is slightly different to past years. Farm tracks are covered in slips, and hill sides have cracked and slumped so the shepherds have to be extra careful.

In some places the stock paths are wiped out and the cattle have to be taken the long way around. 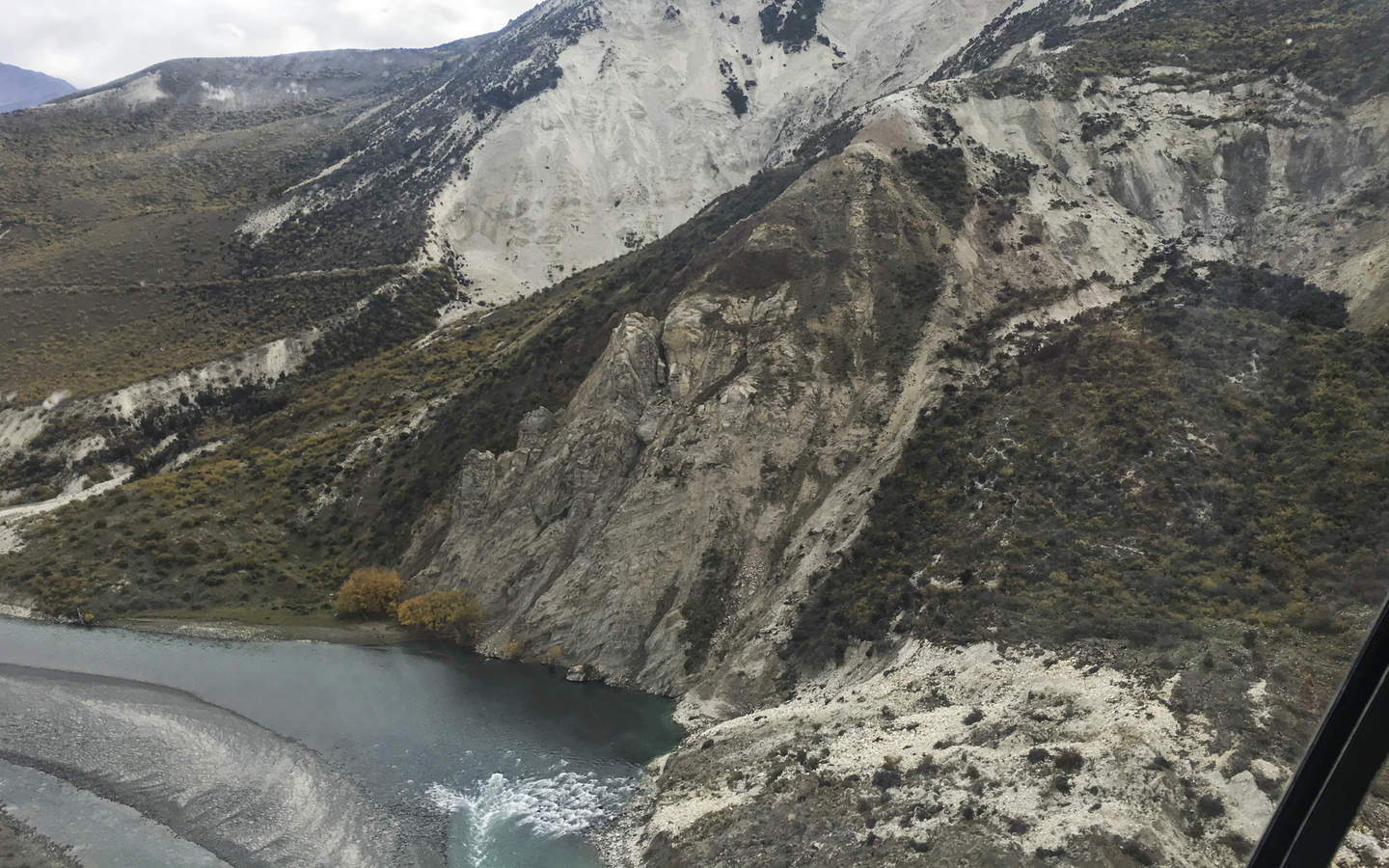 An earthquake slip above the Clarence River that has taken out a significant farm track. Photo: RNZ / Alexa Cook

Muzzle Station is hard to get to even at the best of times and the farm often uses its plane to get in and out.

The hazardous access road was built in 1969 and winds over the 1200 metre Blind Saddle on the seaward Kaikōura range and crosses the Clarence River.

But this is only an option if it hasn't rained or snowed.

The road is essentially a two-and-a-half-hour long gravel driveway for the farm and is their responsibility and expense.

After the earthquake it took two months to be cleared and opened, Mr Nimmo said.

"We can do a lot of [the road work] ourselves. We've got a big tractor with a blade on it." 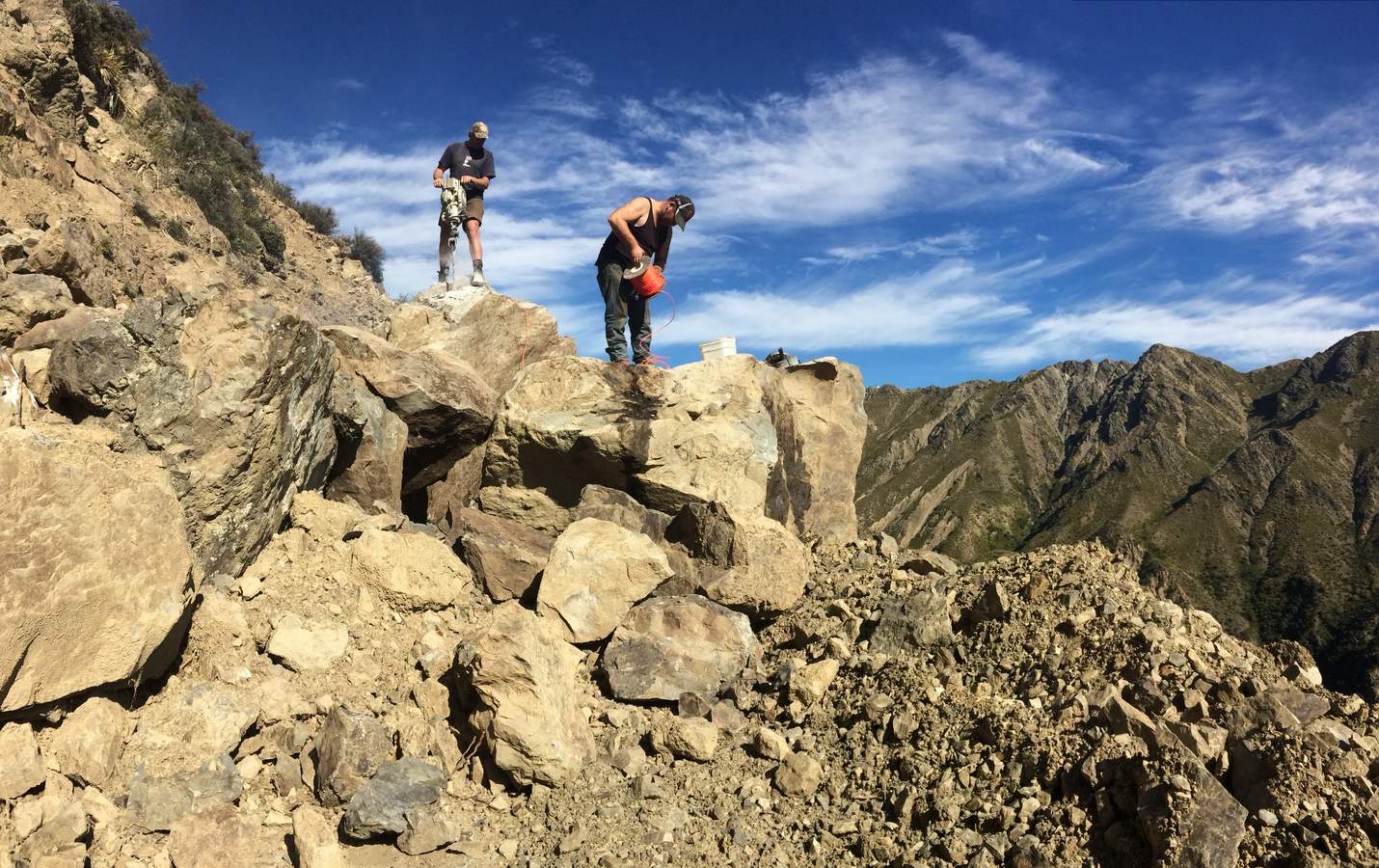 Clearing the road after the earthquake, it took about 2 months to re-open. Photo: Supplied

The family farming business also includes an apiary, which is operated by the Nimmo's eldest daughter Lucy Mahuika and her husband AJ.

The earthquake tipped over the majority of the 650 hives and the Clarence drowned another 24 when it dammed up from a slip that blocked the river. The 2016 honey harvest is only 40 percent of normal production. 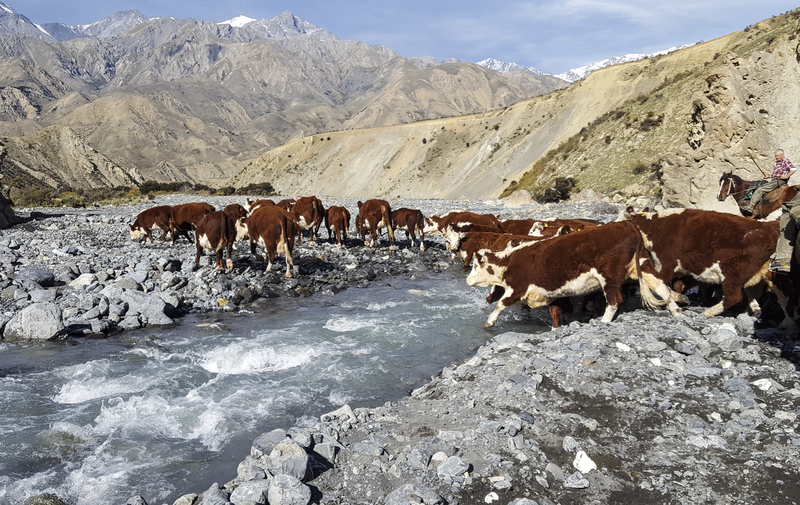 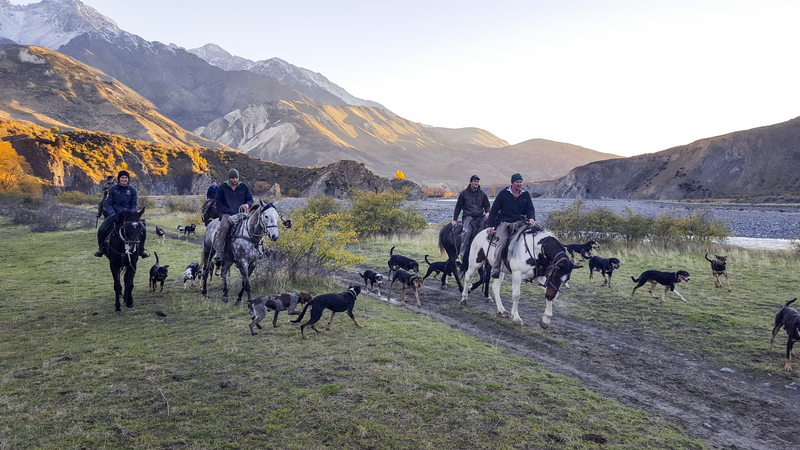 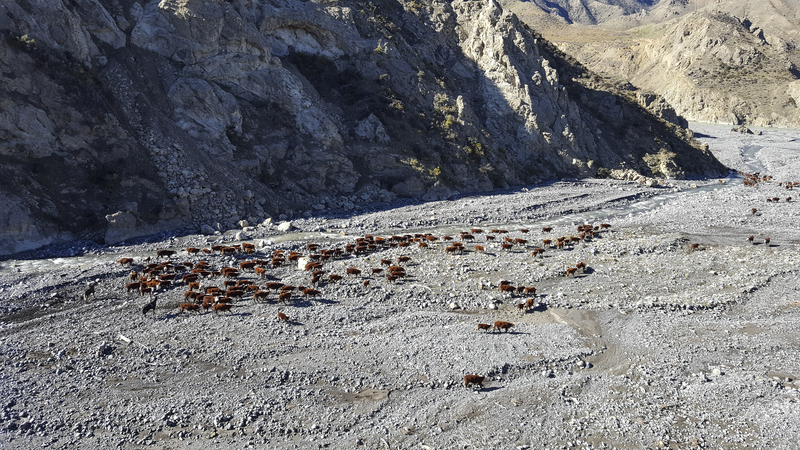 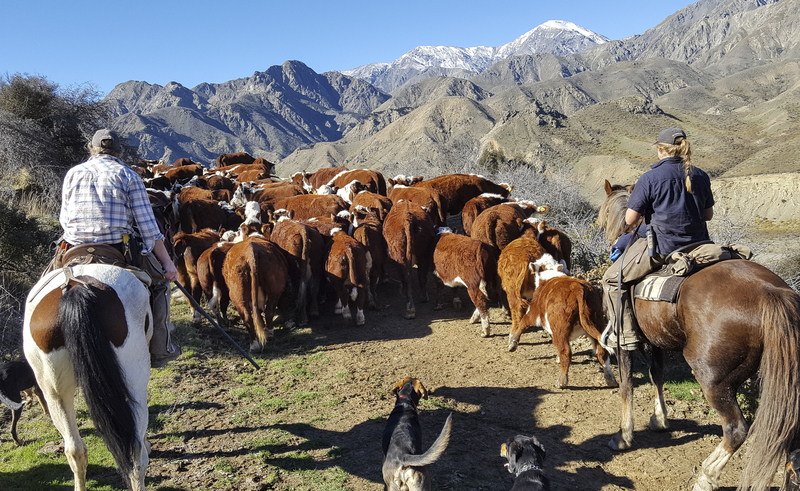 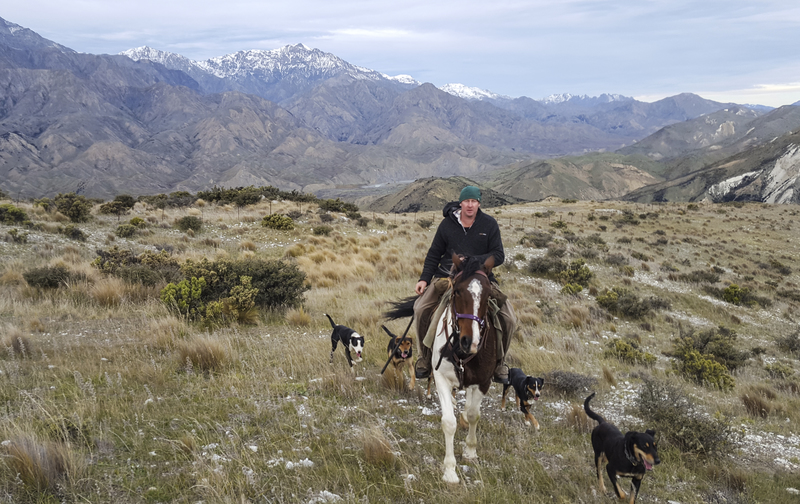 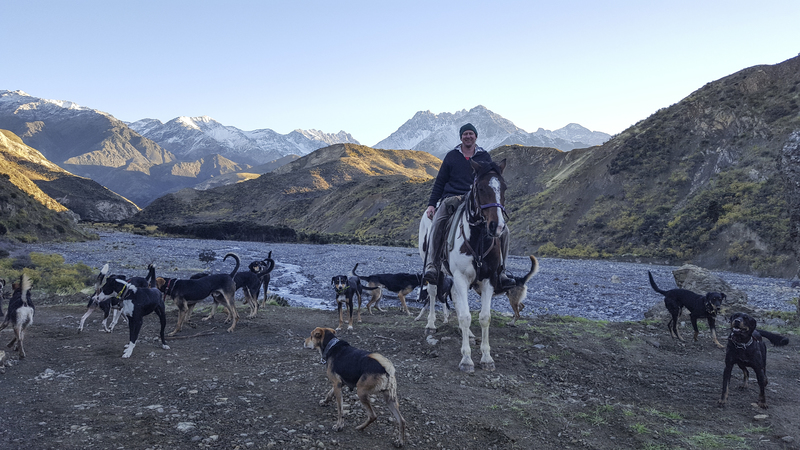 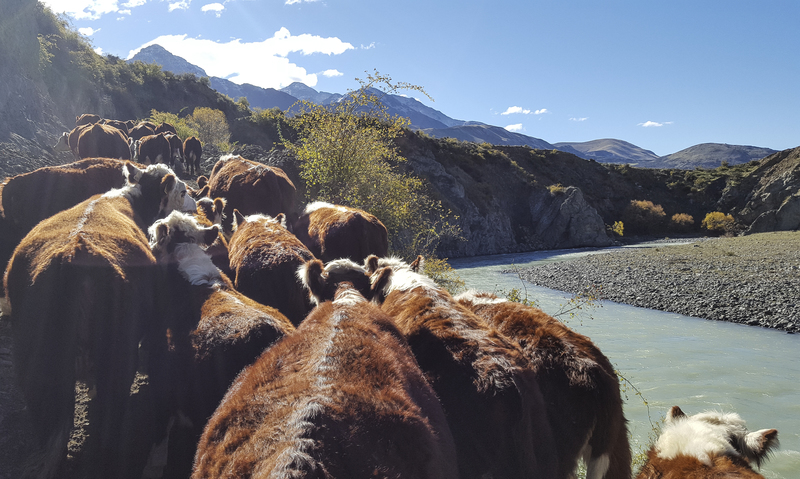 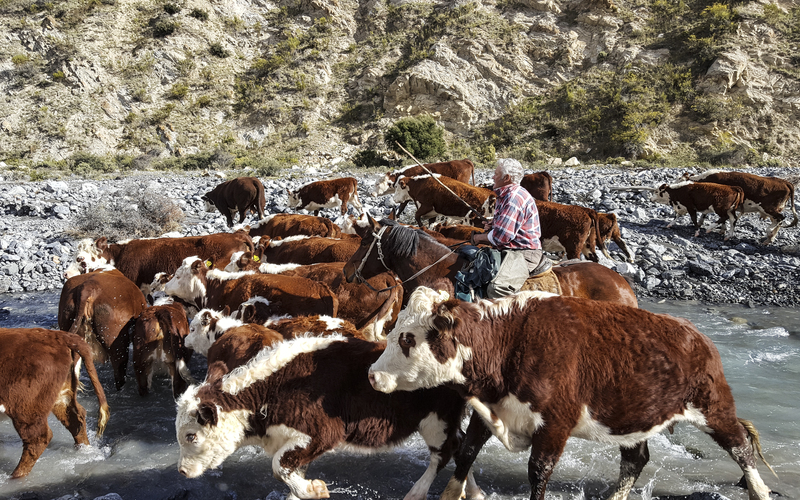 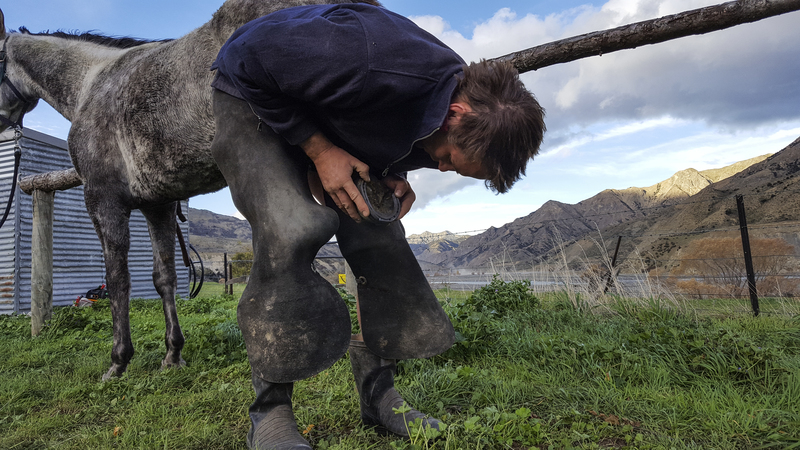 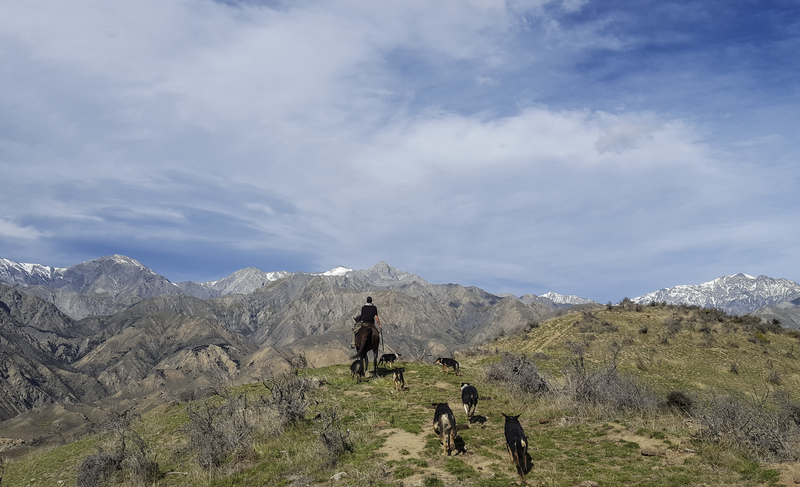 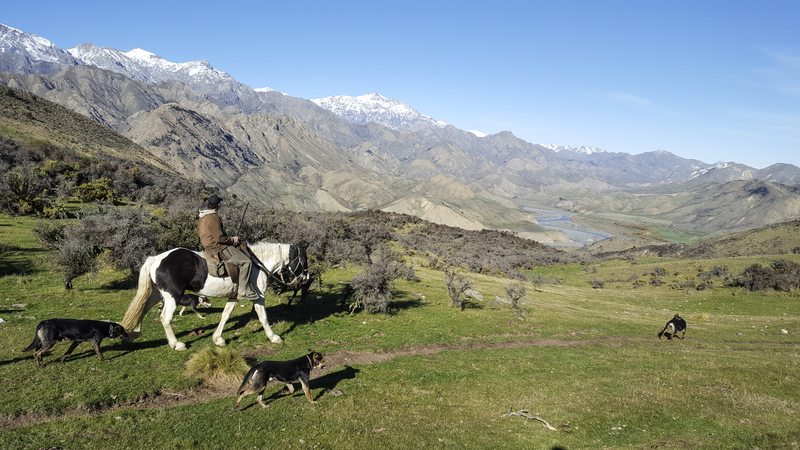 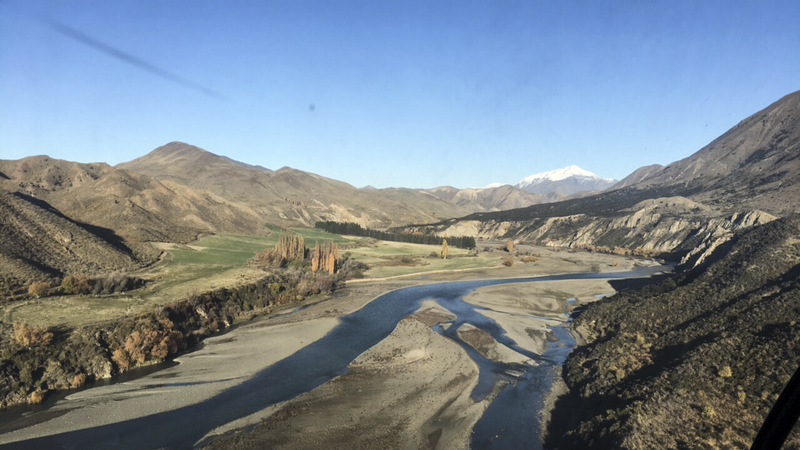 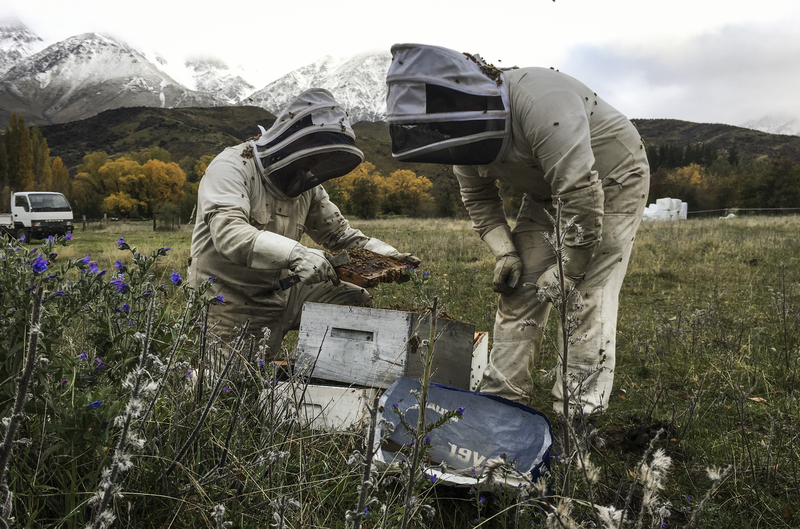 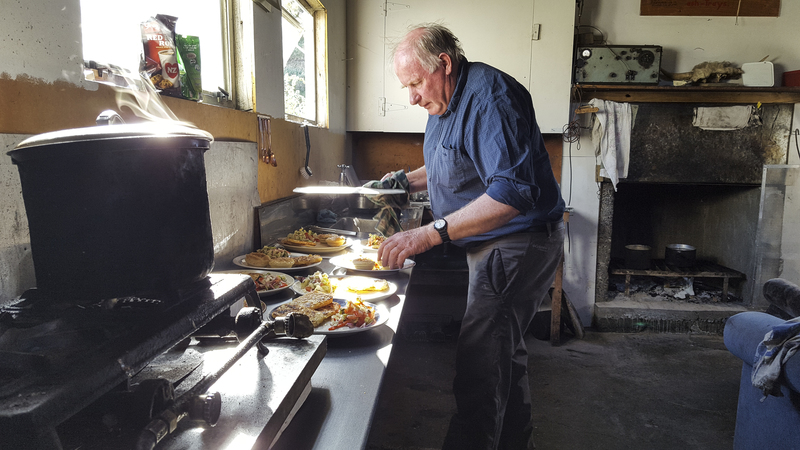 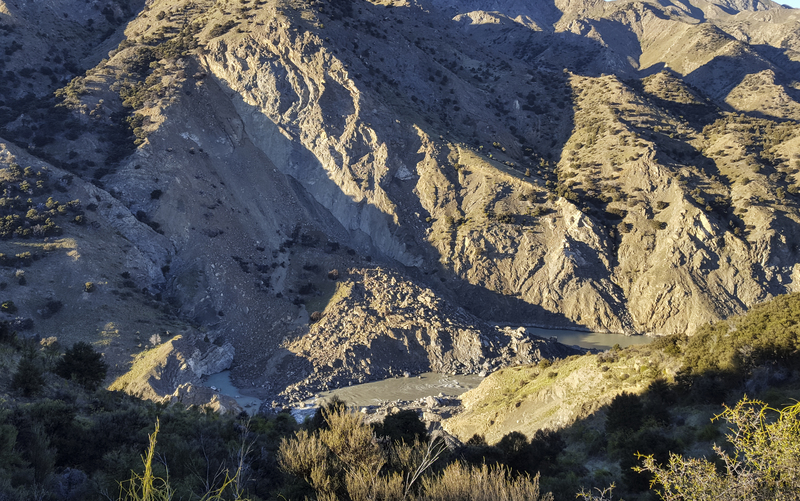 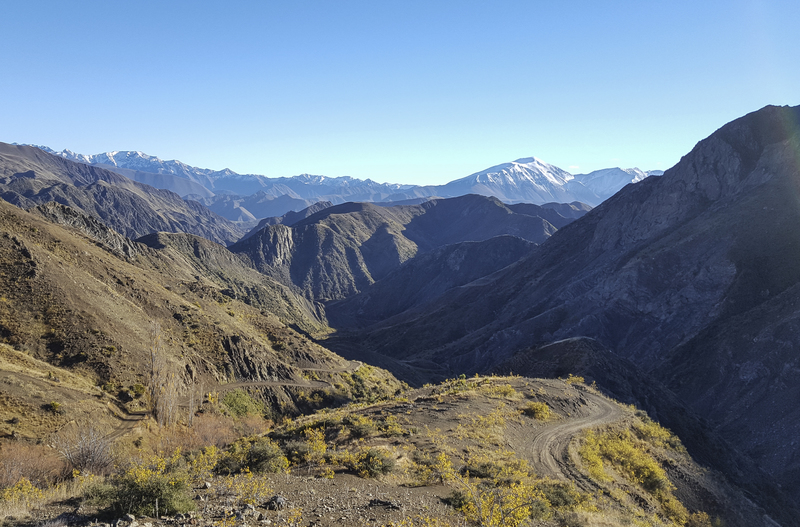 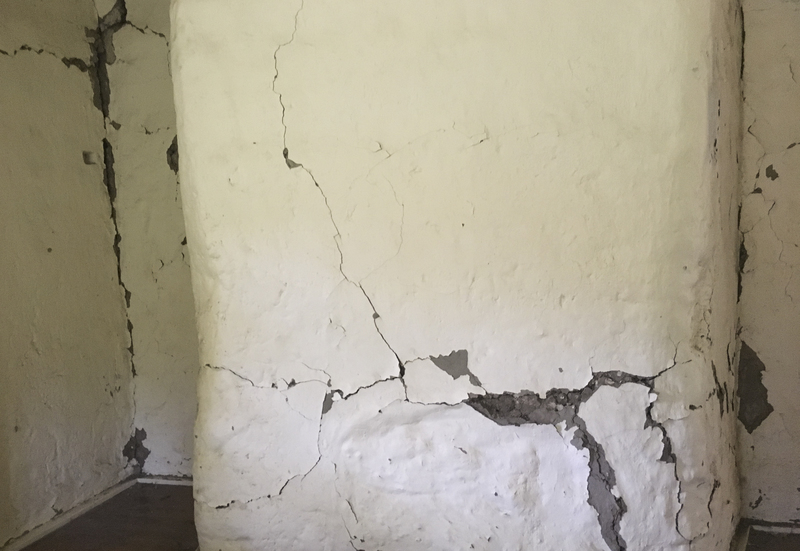 Colin and Tina Nimmos brought their two daughters up in the historic cob cottage on Muzzle Station, which was built in 1859.

Until the earthquake it was used by casual workers, but now it has a yellow sticker on the door and is too damaged to live in. 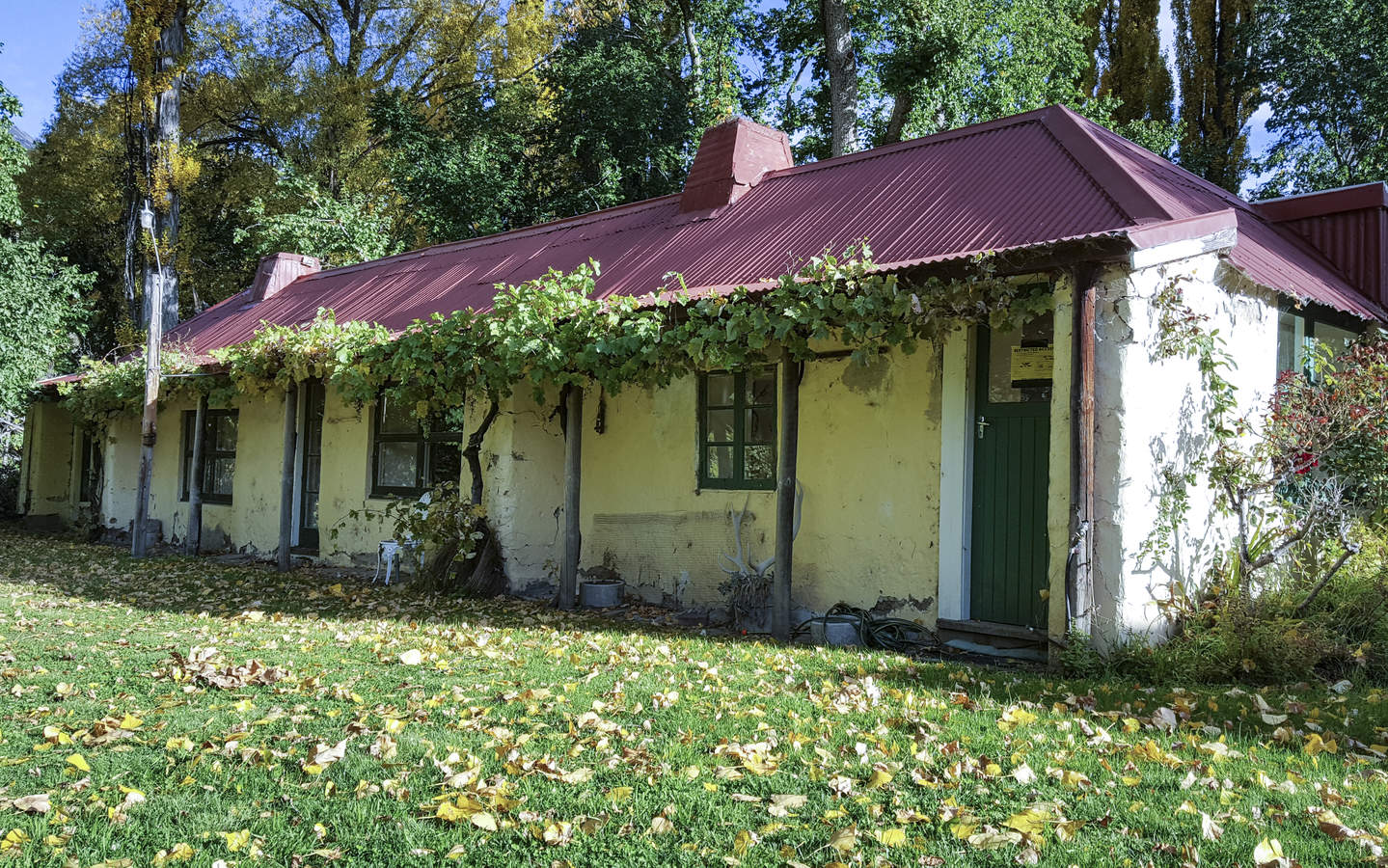 The historic cob cottage built in 1859 that is now unsafe to live in. Photo: RNZ / Alexa Cook

It has bits of cob wall falling off, cracks covering the walls, and a split running the length of the house parallel to the ground.

In the same garden is the newer homestead where the Redfern family now lives. It's also badly cracked, and in one corner the wall has come away from the structural concrete pillars. 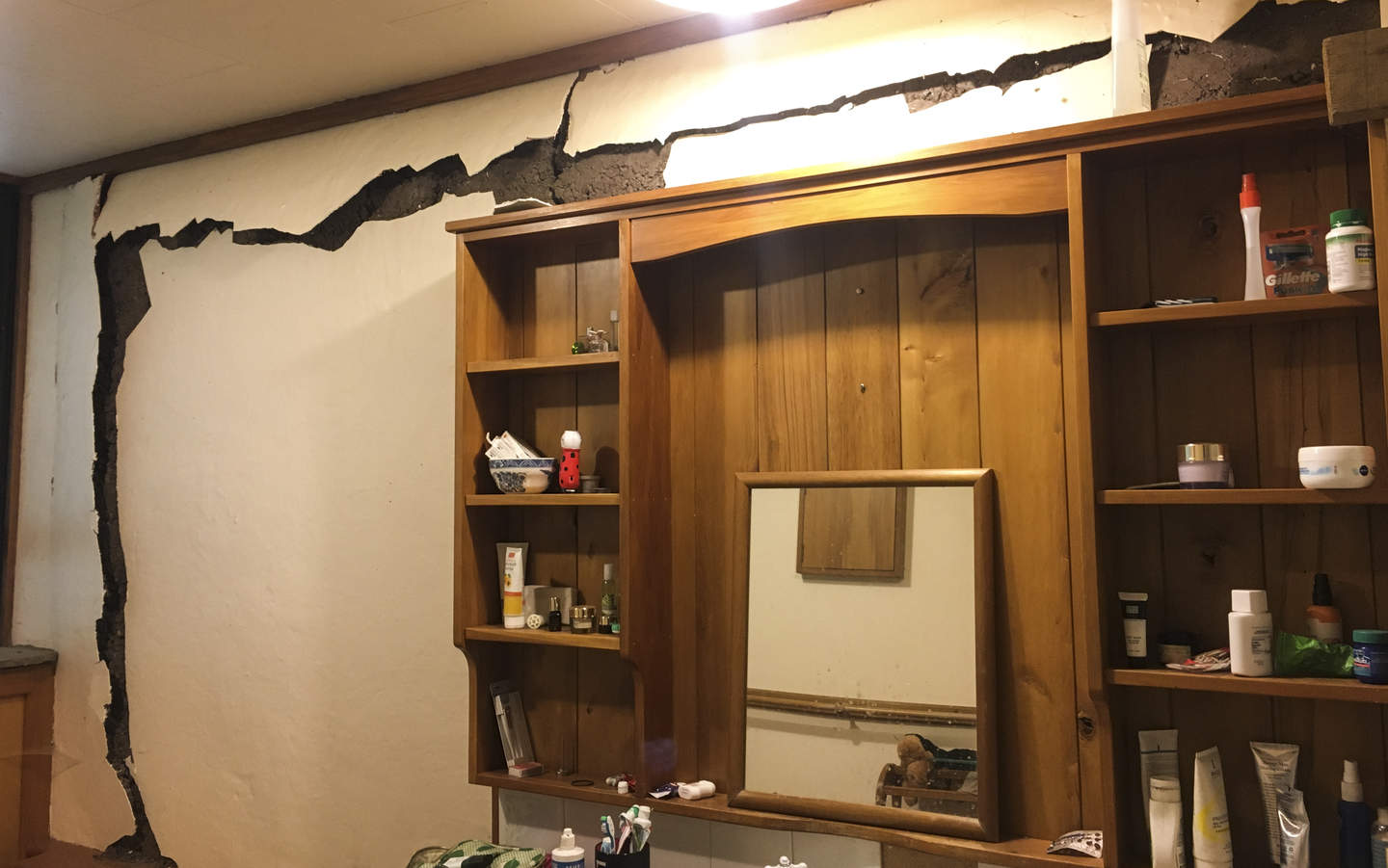 Damage in the newer homestead's bathroom where the walls have come away from structural pillars. Photo: RNZ / Alexa Cook

"This whole corner we think we'll have to pull right out, replace it with wood and then plaster over it so it looks like earth again." 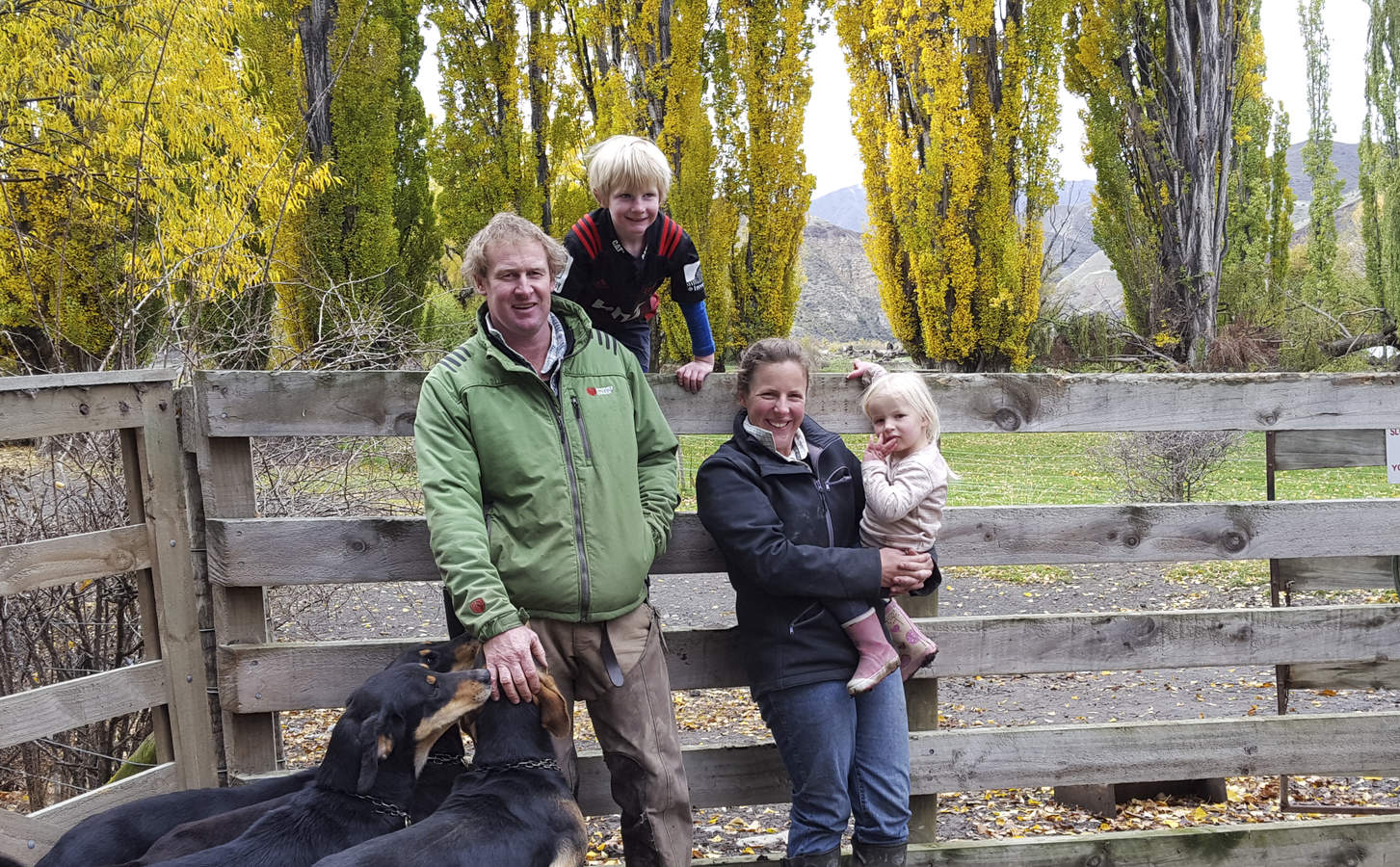 The Redferns are planning on using the insurance money to build new staff accommodation and turn the cob cottage into a small museum.

The cottage won't be lived in again, Mrs Redfern says.

"It's not practical to repair it to a living standard. [Engineers] quoted us well over $100,000 and then it still wouldn't be safe.