Words like conservation and ecosystem used to make Jesse Mulligan's eyes glaze over. Now he's on a mission to rid New Zealand of rats and has some handy hints on how to get involved.

Why am I reading about rats?

Because you have rats in your backyard. Every night when you close the backdoor and retreat inside, big swollen rats wander over your lawn and eat whatever seeds, insects and birds they come across. They climb fences and trees, dive into ponds and burrow into woodpiles, devouring any protein they can find. They’ve been doing it for a couple of hundred years now and, because of this, New Zealand has one of the worst extinction rates of any country on the planet. 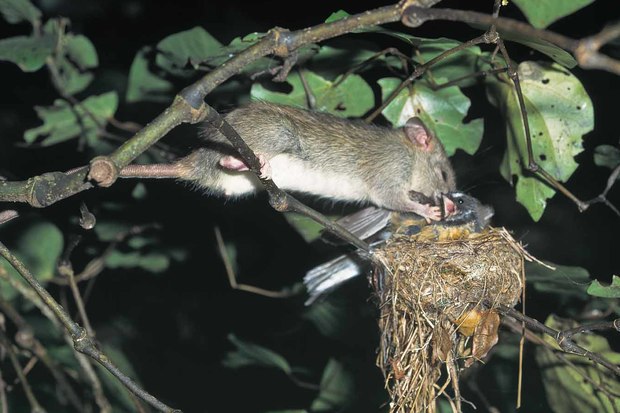 We don’t have any rats at my place.

Yes, you have rats. Ask John Innes, who’s one of our national experts on the topic. If a rat is doing its job, says John, you’ll never know it’s there. In fact we didn’t quite realise the damage they were doing to our birdlife until motion sensor nightvision cameras were invented in the 1990s and we suddenly saw with our own eyes what was happening each night when the sun went down.

If things are so bad why haven’t I heard about it?

That’s what I asked when I found out about this. Thing is, anybody who knows anything is desperately worried about the impact of rats on our ecosystem, and is telling everybody they know. But it’s not leading the news at 6pm every night, because it’s chronic and continuous. Chronic, continuous problems don’t work well in the media.

Sorry, you just used the word “ecosystem”. I think I might have dropped off to sleep for a few seconds.

I know. I was just like you. All these words – ecosystem, conservation, environmentalism – they’re all massive yawn-jobs. Here’s the simplest way I can put it: because we’ve been separated from the world for so many millions of years, New Zealand has some of the most interesting, weird and important living species on the planet. But the rats are eating all of them and soon our country will be a barren wasteland.

What can I do? 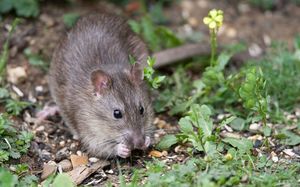 Actually I didn’t ask that. I think you just put it in the FAQ to try and help the narrative along.

Sorry, a lot of people have worked out that things aren’t going to change unless they pitch in. It took me 40 years to realise it, and I can’t be cross with you if you haven’t got there yet. There are some interesting rat facts requiring no commitment from you coming up later in this article – just give me a second while I offer some practical advice to the amazing New Zealanders who’ve decided to play their part.

So what can I do?

Great question! Buy a rat trap and put it in your backyard. If you put some good bait in it, you will catch a rat. And every rat killed is one less mouth to feed with our beautiful and taxonomically significant native animals and plants.

What sort of trap would you suggest?

This is where I get really helpful. Pour yourself another glass of wine and read through my essential guide to rat killing devices available in New Zealand: 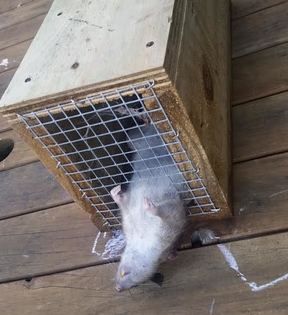 The Victor is useful though some of the bigger rats don’t realise they’re dead until sometime after they leave. Photo: RNZ / Jesse Mulligan

It’s all starting to sound a bit hard, mate. 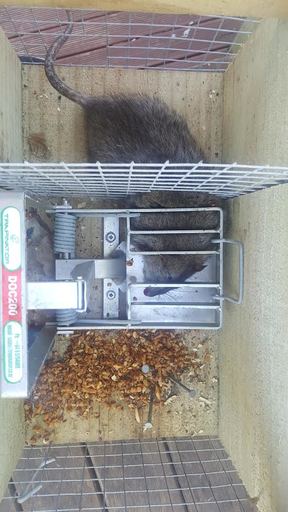 This is the biggest one I’ve caught in two years. Bait: a special gourmet tahini muesli I couldn’t afford to keep using. Photo: RNZ / Jesse Mulligan

Put it this way, if you like to see what you’ve killed, you’re budget conscious and you don’t mind some mild clean up work, go for the DOC200. If you’re not concerned about price, don’t want to be checking it all the time and have an eye for design beauty, go for world-leading New Zealand start up Goodnature.

Can I just call in a pest control guy?

You could, but he’ll just use a high strength poison, which is a problem for reasons already discussed. Rats in New Zealand need to be killed, but they don’t need to be tortured.

Okay so I’ll buy a trap. What sort of bait should I use?

Goodnature provides their own bait, some sort of chocolatey mix. But, if you’re using a mechanical trap, peanut butter or peanut butter and oats seem to be a good bet. One species of rat likes carbohydrates, the other likes protein so the combo might work well. One of my radio listeners swears by Europe summer roll. By the way if you’re using peanut butter go for the cheap supermarket stuff with the extra salt and sugar.

Wait, what was that about “species of rat”?

NZ has two distinct types of rat (well actually three, but there aren’t many kiore left): the Norway rat and the darker, smaller ship rat. I personally seem to catch mostly Norways at home (a dozen or so over the last year in my suburban, central Auckland backyard), but it seems to vary around the country. The Norways are much bigger, and more likely to slip the lightweight Victor traps due to their sheer mass. The ship rats are great climbers, but the Norways can swim. So between them, they’re not good news for any native creature trying to escape.

Wow, are we still talking about rats? I feel like I’ve been reading this FAQ for months now.

I’m sorry. I’ve ended up unreasonably fascinated with rats and how to kill them. In my defence, I reckon that if you buy a trap, set it properly and start to kill a few, you’ll begin to feel the same way.

Isn’t it a bit sick, putting this much energy into killing something?

I hear you. It’s not the rat’s fault it’s a rat. But it’s come to the wrong country. Our birds, insects and plants spent millions of years evolving to survive local threats, but they stand no chance against a predatory mammal they haven’t had five minutes to prepare for. When it comes to survival, it’s the rats or everything else. Time for you to decide which side you’re on. 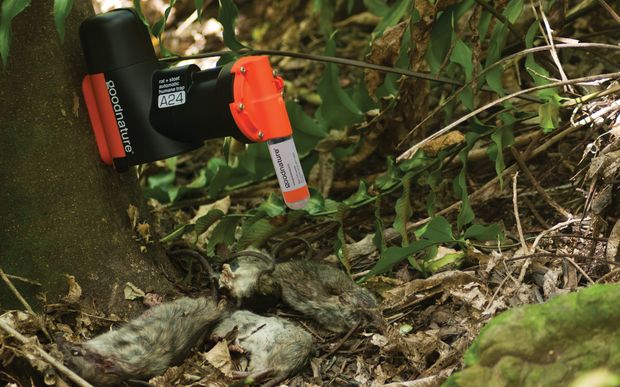 The Goodnature rat trap can reset itself up to 24 times. Photo: Supplied