Humans have about 20,000 genes - fewer than a water flea, rice, or a banana and about the same number as there are parts in a double-decker bus.

The realisation humans might be less sophisticated than a banana was the first surprise from a draft of the Human Genome Project released in 2001 - a grand endeavour to sequence every single letter of the human code. 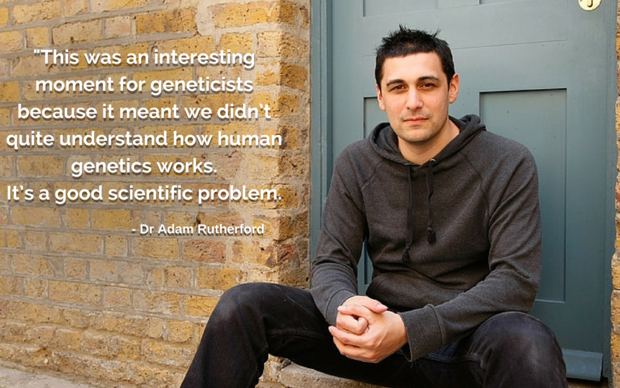 The second surprise was that less than two percent of the entire genome actually consists of genes which encode proteins, which are what all life is made of, or by.

Unfortunately the assumption that disorder-causing genes would be found has never transpired, but scientists haven’t given up the search; they’re just looking elsewhere.

In this panel discussion, BBC4 science presenter and geneticist Dr Adam Rutherford talks with researchers in Christchurch about hunting for people's genetic susceptibility towards certain diseases and the most effective treatment for their individual genetic makeup.

This audio was recorded at the Aurora Centre, Christchurch on 15 March 2016.