Dan Slevin rates the Māoriland film Festival as one of the most important and entertaining as any on the calendar. 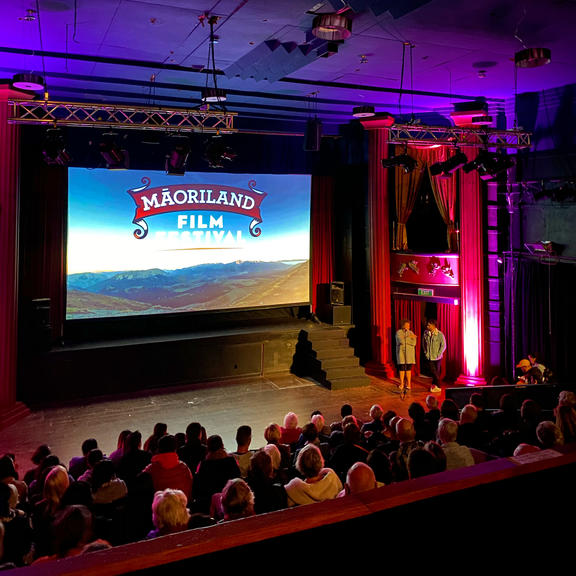 Yesterday the New Zealand International Film Festival (also known now as Whānau Mārama or Family of Light) announced that because of the disruption to global cinema and festival release patterns, they have been forced to delay their return to screens and will be running during October and November rather than from July to October. By that point, (hopefully vaccinated) audiences will be much more confident returning to crowded cinemas and the main festival feeders of Cannes, Venice and Toronto will have launched their top titles.

If, like me, you are disappointed to have to wait, you can still get a festival buzz on this week by heading to the seaside township of Ōtaki for the eighth annual Māoriland Film Festival, a rip-roaring celebration of the world’s indigenous cinema, a movement that makes greater waves every year. Indeed, the NZIFF has started leaning in this direction since the appointment of new director Marten Rabarts at the end of 2019: he has begun diversifying his programming team with the inclusion of Argentinian Violeta Bava, former director of the Jerusalem Film Festival Alesia Weston, Toronto’s Vicci Ho and the director of Sundance Institute’s Indigenous Programme, Bird Runningwater. 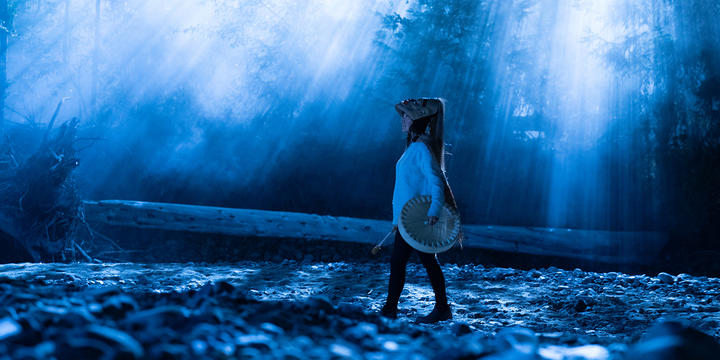 But there’s something vibrant and confident about Māoriland these days. Maybe it’s the number of events focused on rangatahi. Or it could be the growing number of sponsors looking to support an event that is as much about networking and education as it is screenings. Or maybe it’s the sense that Māoriland is a part of a burgeoning worldwide movement supporting indigenous screen culture as funders and audiences start to realise – as the Declaration of Indigenous Cinema from 2011, printed in this year’s programme, says – cinema can “make the invisible visible again.”

The organisers were kind enough to let me see a couple of the many (many) titles from every corner of the globe to watch in advance and what a pleasure they were. 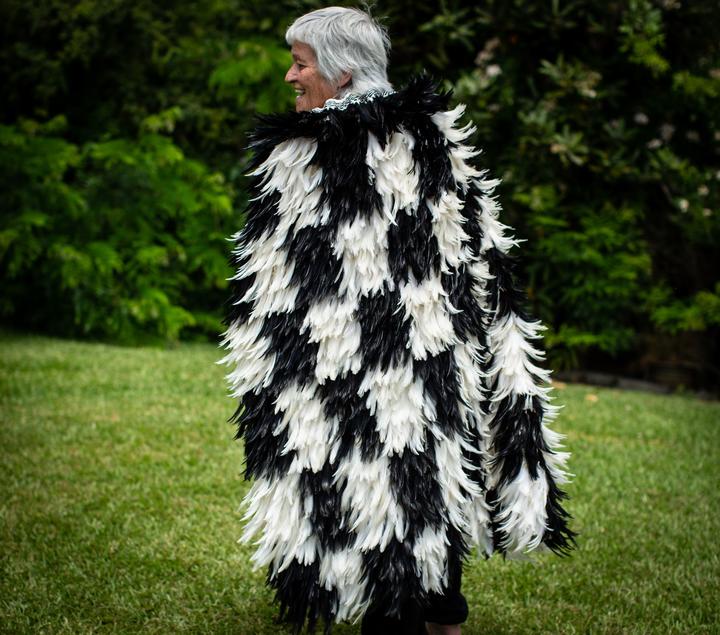 Jean Neshausen models one of her korowai in the short film Pluck. Photo: Supplied

Firstly, a local short: Pluck by Kirsty Griffin and Vivienne Kernick. This perfect 26-minute documentary feels like the most Kiwi film ever, it’s impossible to imagine it coming from anywhere else on Earth as it conjures every emotion in its short running time.

Jean Neshausen, from Thames, was taught to weave korowai as part of a breast cancer fundraiser and since then she’s made dozens. Now her breast cancer is back and the prognosis is no good. She realises that she’s never made a cloak for her own daughter and that time is running out. But the weka feathers she needs can only be found on Chatham Island (they are a pest there but protected here, who knew?!) and her oncologist is advising her not to travel.

So she travels anyway and, by golly, I can’t remember ever seeing the Chathams on a big (or small screen) before. It’s an imposing landscape, beautifully filmed by Griffin herself with drone help from Sky View Photography, but the film – as it is throughout – prioritises the human beings and what great characters they all are.

27-minute films are tricksy to programme on television, and often too long to screen before features in cinemas, so the Thursday afternoon programme of shorts called He Tū Wāhine might be your only chance to see it. I loved it.

By my count, there are 92 films in this year’s festival with a running time between two and sixty minutes from 25 countries (a geo-political definition which is entirely arbitrary when you think about how many first nations are represented here). 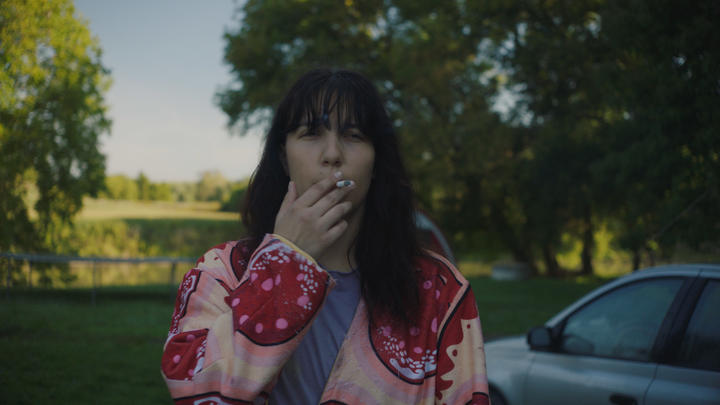 The feature we plucked at random from the programme is a 2020 film from the Six Nations reserve in Ontario, Canada. Run Woman Run is a crowd-pleasing family comedy/drama about a young single mother who is forced to confront her deteriorating health when she discovers she has the same Type 2 Diabetes that killed her mother. Eventually, after much amusing resistance, she is forced to give up the donuts and hit the road – “it’s in your blood” says the ghostly apparition of the real 1908 Boston Marathon winner Tom Longboat, an ancestor – to prove to her family that she is ready to confront her grief and her demons.

Beck is played by Dakota Ray Hebert and she is often very funny in that popular deadpan style but her pain is never too far from the surface. The film is so new it barely has an IMDb listing so I can’t tell you much about the rest of the cast except to say that the smaller roles and background players look to have been filled by locals.

The lovely thing about films like this is that it’s clearly a commercial picture with wide appeal that at the same time makes absolutely zero concessions when it comes to showing reservation life: the colonised existence. The damage to indigenous health from a crappy western diet is portrayed matter-of-factly, the drive-through shops selling ‘smokes’, the passing of parents far too young, the loss of language and the efforts to resist that loss. So the story is one we have seen many times before but the context gives it bite.

I liked it a lot. And I think this festival is fantastic.

Māoriland Film Festival takes place in Ōtaki from 24 to 28 March. Thanks to Unesco City of Film – Te Upoko o te Ika, you can catch a free bus from Wellington to Ōtaki (and back) twice a day during the festival.