Interview: The creative team behind Raya and the Last Dragon

Raya and the Last Dragon is the latest production from the famous Disney Animation studios and the first to be set in South East Asia, even if Kumandra is a fictional representation melding several different cultures. Dan Slevin Zoom’d with Raya’s two (main) directors, Don Hall (Big Hero 6) and Carlos López Estrada (Blindspotting) and co-writer Qui Nguyen (who was also the martial arts consultant for the film). There are two other co-directors (Paul Briggs and John Ripa) making a total of four directors, two screenwriters and a grand total of eight credited “story by” writers.

This interview has been edited for length and clarity. 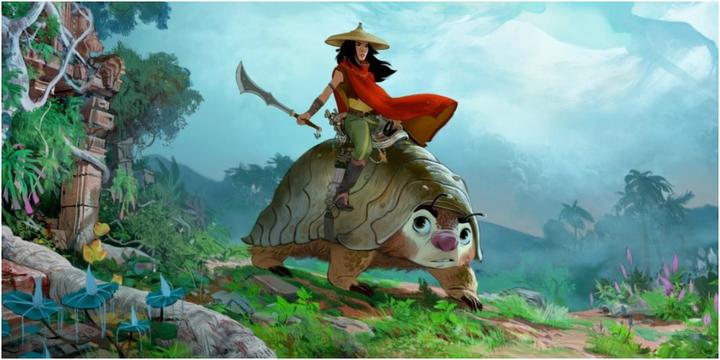 Widescreen: My first question is probably one that you guys get asked all the time, so I apologise for that. Why does animation need so many directors?

Don: I don’t know if you need it. It just that’s the way it kind of works out. I think it’s an extension of the collaborative nature with which how we make these films, embracing that to the fullest. I think it really comes from that. Back in the early days of Disney, there were “directors” but they weren’t directors in the sense of a Martin Scorsese or a Steven Spielberg. They were more sequence directors, and – this is my own theory – but I think it’s an extension of that. Because really, Walt was the director back in the day.

Now, that’s not all animation. Japanese animation, it’s a very different construct. Somebody like Miyazaki is a true author. He writes his storyboards, he really, really, really is the sole creative force with those films, and I love his films. So, we come at it from a very different sort of place, but I think it all comes from that, just embracing collaboration.

Widescreen: There is that sort of Disney culture, isn't there? That provides so much of a framework for how you work – the stories that get chosen and how they get told. How long do you have to be in the Disney ‘family’ before you can feel that blood flowing through your veins naturally?

Carlos: My process was little bit expedited, just because I joined the studio two years ago, and I joined the production Raya with Don and with Qui probably a little bit more like a year and ... change ago. So, I really got to go through the Disney orientation at a really accelerated pace. And I think... I mean, the studio is just generally a very welcoming place. They work in a very like insulated environment, but a lot of people join often. They have all these tools for people to learn the pipeline, for people to understand how these movies are made which is a very, very specific way.

But definitely, it took a minute just because... A, the production was so gigantic. We had over 450 artists working on Raya. And B, they've been making movies in this way since the Walt days – the way they pitch stories, the way they develop stories, the way they do the screening process even. Of course, it’s evolved, but it’s a legacy of Disney storytelling that is real.

So, I would say that it probably took … towards the end of production of Raya, I finally felt like I really understood how the departments worked, how they all interfaced, and not to say that I felt out of place or anything, but it’s just such a massive operation that I think it took me close to 12 months to feel like I had a good grasp of it. And when I do it again, I think I’ll come at it from a very different, much more informed place. 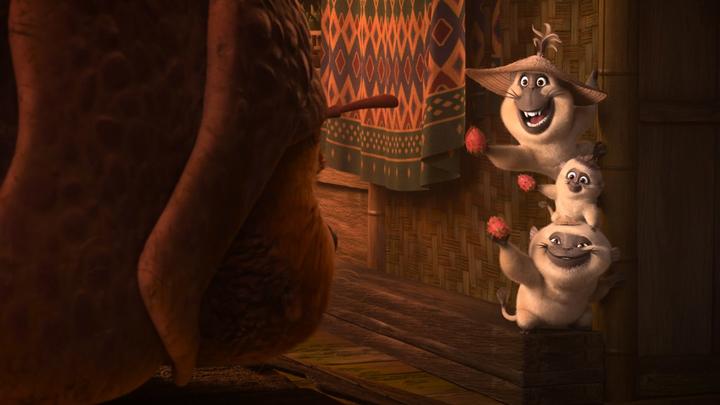 Widescreen: Often I hear from Disney animators about their films, that the testing process is so important and so rigorous, and often that results in massive changes to a production after a long period of time, and yes, stuff has to get thrown out, the story might change, there’s left turns here, etc. Do you have any stories like that around Raya or was it a relatively smooth sort of path from beginning to end?

Don: I would say that Raya followed a very familiar pattern with all of our other films, which is to say to your point earlier, that yes, there were story diversions and things thrown out and concepts discarded. Absolutely, this film is very much like Big Hero 6 or even Frozen for that matter, Moana. Again, I think it’s a product of never settling until we get it right.

And like you said, we have a vigorous testing process where we screen the movie multiple times throughout its gestation period and we’re collaborating with all the other filmmakers in the building, we all have ownership over each other’s stuff, that’s just part of our process. To us, it’s normal.

I think, to the outside, it probably looks insane. But being on the inside of it, there’s sort of a method to the madness, and it really is about finding the best version of that story and never stopping until you get it. And so, Raya followed the same trajectory that all of our other films have gone through. 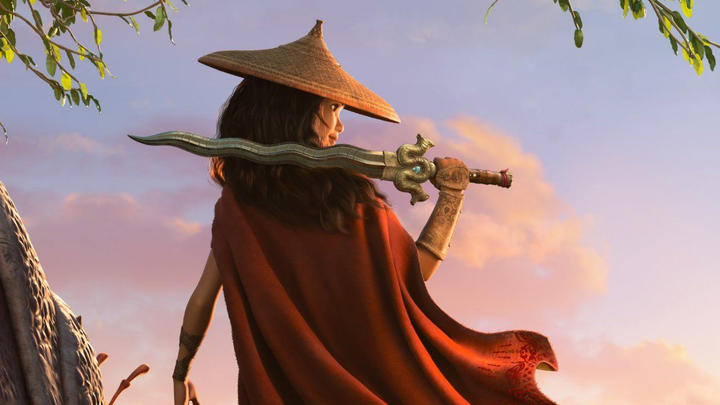 Widescreen: Disney Animation, hasn’t always had a reputation for being sticklers for accuracy in terms of the cultures that their films represent, but in recent years the studio has really embraced that specificity. I mean, Moana is a great example. And in the [virtual junket] presentation, it was really clear how proud this production is of the efforts that they've gone to [to get cultural representation right].

Don, you mentioned Miyazaki just a little bit earlier on. I went to the Ghibli Museum [in Tokyo] and saw an exhibition about food in Ghibli movies. And so, I was really taken by how careful you were in this production to present food and represent food, and for the specificity of food to the story and a driver of character. Can you speak to that? Maybe Qui, this might be a good one for you?

Qui: Well, I mean, it was so great to be able to... Because we’re making a film that celebrates that culture that Adele [Lim, screenwriter], myself, and our head of story Fawn [Veerasunthorn, Head of Story] comes from. And so, to have that kind of commitment is so important and it was so nice to be able to have the entire team join it.

They took research trips and things like that to have a personal connection to this world because it’s so rare. I’ve never seen it before – or I didn’t have this, growing up, a hero that looked like me or my kids or my parents. And so, to have something that is very distinctly, us up there, meant so much. To see our food celebrated.

Because growing up in a small town in America where the most exotic food was like pizza, and so, to see people celebrate my food up there, it’s just like, “Oh, I wish this movie existed when I was seven or eight.” And I was still in elementary school or junior high and my friends can see it and celebrate like, “Oh man, where you’re from is really cool.”

That is something that I longed for and what I think is going to be such a blessing for kids growing up that looked like me and Adele and Fawn. From this point forward, there’s always something that they can point to and go, “Hey, that’s something that's really cool about your background.”

Don: What’s really funny is … just speaking about food again for a minute. This was a big epic fantasy-action-adventure movie, right? But we wanted to use food to sort of track the theme of trust, being influenced by Miyazaki films and stuff like that. But the storyboard artists embraced that concept to a level I've never seen before. And the storyboards that they did when there was food involved were like Michelangelo! They were done to a level that was like the Sistine Chapel, they were beautiful. The way they took the time  – and storyboards, you’re jamming through because you just trying to get story told and you’re taught to draw quickly and don’t fuss. Don’t put a lot of fuss in your food drawings, right? I mean, they were full of colour and just the way story artists like to –

Qui: I think there was a little bit – I would never say we were arm-wrestling over it, but I think when it came to all of us, when it came to those of us that are from that culture, we wanted our food represented strongly. Like Fawn, definitely-...

And some artists got to put more stuff in. Adele and myself had no power over the pencil, but Fawn was like, “Okay, I’ll throw you a bone. Here’s a spring roll.”

Don: Fawn became kind of the king of the food that’s articulated in the film.

Raya and the Last Dragon is being simultaneously in New Zealand cinemas and on the Disney+ streaming service on 5 March 2021. It features the voices of Awkwafina and Kelly Marie Tran and is rated PG for violence.