Disney Animation’s latest picture Raya and the Last Dragon hits cinema screens (and Disney+) this weekend. It’s the story of a young princess whose destiny is to find the mythical last dragon so she can reunite her people and protect them from an evil that threatens to destroy them all. It is set in the fictional South East Asian country of Kumandra, inspired by many real Asian locations and cultures. Dan Slevin sat down over Zoom with Raya’s Head of Story, Fawn Veerasunthorn who herself was born in Thailand. 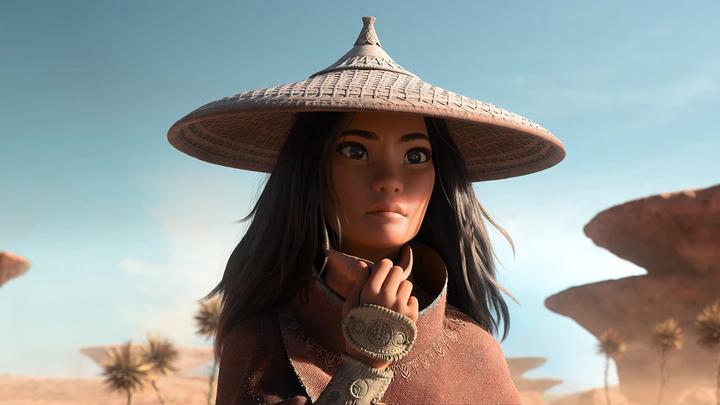 Widescreen: What does a Head of Story do?

Fawn Veerasunthorn: That’s a fair question! I lead a team of story artists, and the job of our department is to put visuals to the script. We translate the script to the visuals that you would see on the screen. And our main function of the job really, is to test. It’s a testing ground for the story.

It’s a blueprint for the house, and we rewrite these things so many times, because we want to try to find the best character, the most clear way to tell the story, the best joke. So, we do this for nine screenings before it goes to the other departments.

At what point do you join a project like this? How far has a project developed before it needs a head of story, or a story department?

Once the project is green lit to go into production, they have already been in development; they have a few drafts of the script. Once they feel ready, then I join the team, and then I put together cast artists that we have in the department: “Oh, this person will have interest to work on a show. This person will be really good on the action scene. This person would enjoy comedy.” And trying to find the right balance of the team.

And we have been fortunate to have a pretty good mix of male and female now. I have worked in the industry for a while, and for a long time it would be just me and the rest of the guys. And now we have about 50/50, so that’s awesome.

And how big is the team?

Between 10 to 14 people. Depends on the time in production.

It looks exactly the same. I think one thing that we have more flexibility in an animated script, is that we will tell a queen or Adele, “For this action scene, you don’t have to write too much about what’s happening in the scene.” And we are able to lighten their load, and they love that. They’re like, “Yes, take it!” And we'll give it to our artists, and we’ll just give them a rough outline like, “This has to happen. This is the emotional turn of this character. And if you can add this element into this dynamic, we would appreciate it.” And then we just send them on the journey. And people love assignments like that, and they come back with so many interesting visual explorations.

So, essentially the visual storytelling aspect of the film sort of starts with your department.

Laid over the narrative beats. I was really interested in how you used the word cast there. Do you essentially assign one of your team to particular characters, or do they have other specialisations?

It’s more of a sensibility thing. If you think of them as actors or actresses, it’s kind of similar to that. But instead of acting one character, you’ll get a scene with like five characters, and they take care of them all. But I would know that this person is really sharp at tracking through the sensitive emotions. So, I will give that to that person, and they dive really deep into … what’s the thinking behind it? What’s the subtext? Should we show this emotion or not? Maybe, sometimes, it’s better to not show something, but you should, kind of, get the sense that, “Oh, that person is upset, or offended, and this is how they act because of who they are.”

In the presentation the other day, it was made really clear how quickly Disney Animation had to pivot when Covid-19 came along, and everybody had to work from home. How far had the project progressed at that point where everybody had to completely change how they worked?

I think the whole production is now actually working from home entirely. For my department, which is more like a pre-production, we started three years ago, two years before the pandemic hit. And we would still have so much work to do once that all started. So, we also worked from home, my entire team, and we just took our laptop and some people took their office chair! It was such a strange thing to see.

How much notice did you have?

A day! And I think then the naive part of us was still thinking, this is going to last – like – two weeks? And initially, we were working with pictures of people on screen, but me and John and Paul were still in the building. We thought like, 'maybe we can still come to work and everyone else can work remotely.' And then eventually you realise it doesn't make sense, because that doesn’t mean that we’re not going to get infected from each other, from being in the same space, if one of us were to get it. So, now we’re all working from home for the safety of it. 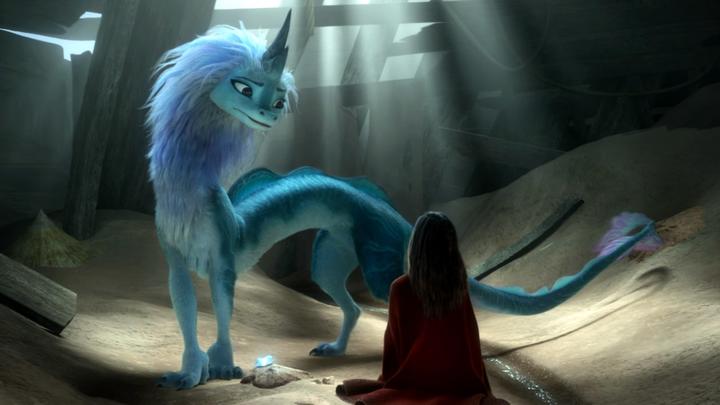 The tools that you and your team use, are they particularly specialized? I’m here in Wellington, and I remember back in the days of The Lord of the Rings being made here at Weta Digital, that they basically needed access to super computers to be able to do their work when it came to things like animation and rendering and those sorts of things. Has the technology changed so that your team can work on a laptop at the kitchen table?

For what we do, we can actually work on the laptop on the kitchen table, because I have a MacBook Pro and we use Photoshop. But what is proprietary about Disney Animation is that we have a team who wrote software where you can see your drawings in sequential panels, so you can click through them when you pitch, and put in dialogue. And then you can send those drawings to editorial to be able to edit. It’s not confusing – you can put a number on [each panel] really easily.

And one thing that I can praise them for is that, they also [have that software] for an iPad. And each of our artists has an iPad from Disney Animation that we can use at home for work. And we have a program where we can storyboard on it. And sometimes, during the pandemic, it’s hard – people get stressed out sometimes, and then be like, “Okay, I need to take a walk during the day.” And then in the evening I'll be sitting on my couch, and I’ll be like, “Oh, I need to do some work.” And then I’m able to do that.

They get their money’s worth out of you!

Oh yeah. Well, I appreciate the iPad though, because I feel like I can go sit out in the backyard. It’s a change of scenery that otherwise you would not be able to do. I don’t like being chained to the desk all the time.

I've got time for one more question. And the one I have on my fingertips might be a very short answer or a very long answer. I’m not sure. But we hear lots of stories about the world of animation and how sometimes two-thirds, or three-quarters of the way through a production, something changes, and somebody has an idea, or something’s not quite working, and everything has to get thrown out and start again. Was Raya a smooth production from your point of view, or was it one of those where you had to take a sort of 90-degree turn very late in the day?

I’ve worked at Disney for 10 years, and I feel like I’ve never worked on anything that started as one thing, and that’s exactly how it ended! And I think that’s the beauty and the ability of [Disney Animation] studios to be able to say, “This is not quite working, and we will put in the resource to make it right.” And I think that’s the strength that I have... I'm impressed by that! I’m like, 'Oh, really? We’re going to do this, and we’re not going to say, ‘That's good enough.’ They never really say that. They were like, 'this can be better, and how do we put our resource and people, and our brains together to make it the best it can be?'

Raya and the Last Dragon is being simultaneously in New Zealand cinemas and on the Disney+ streaming service (as a special rental) on 5 March 2021. It features the voices of Awkwafina and Kelly Marie Tran and is rated PG for violence.